Three "Buchenwald Boys", teenage survivors of Buchenwald, pose on the platform of a train station in Switzerland. 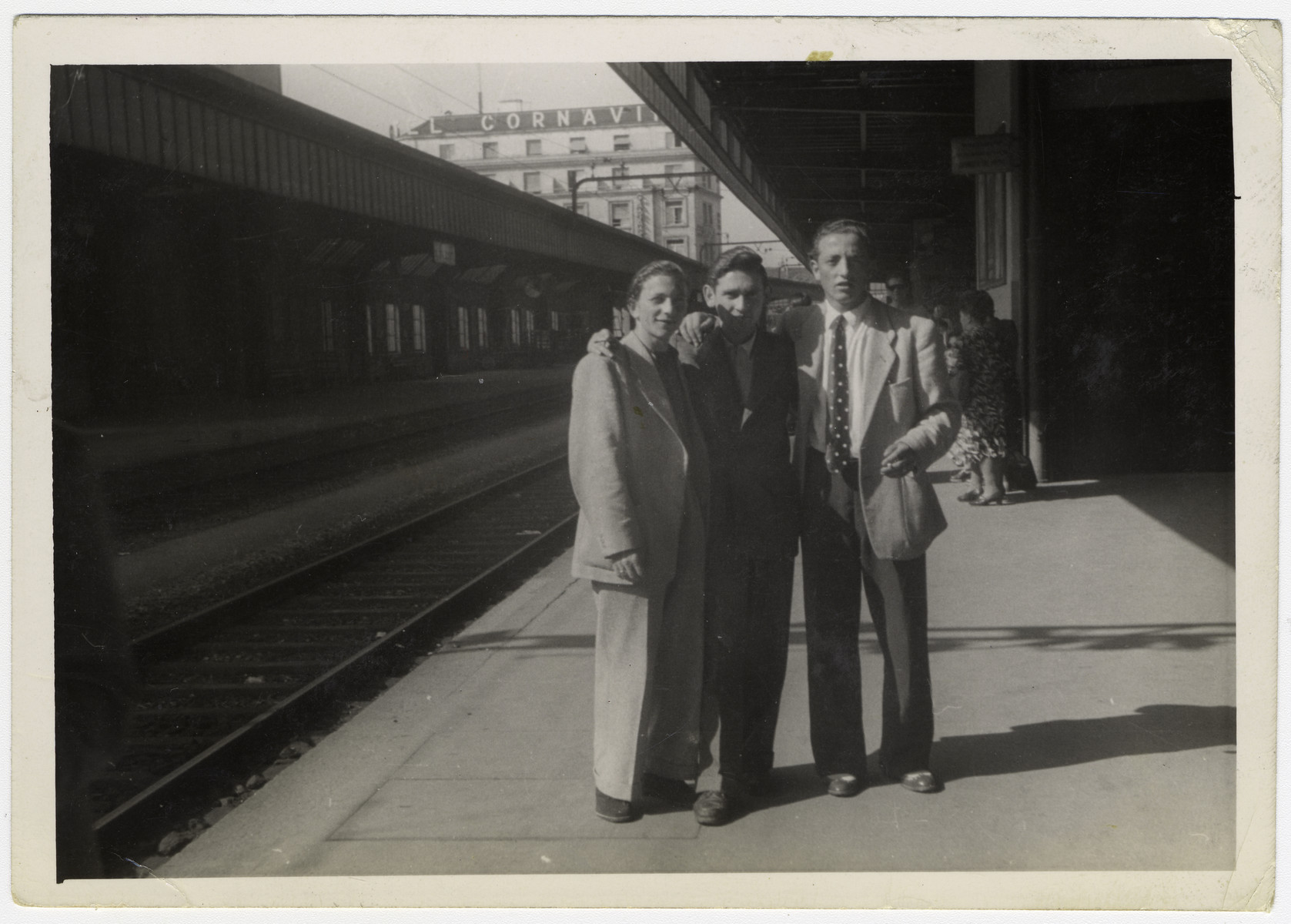 Three "Buchenwald Boys", teenage survivors of Buchenwald, pose on the platform of a train station in Switzerland.

Henry Kolber is pictured on the far left. Murray (Monek) Goldfinger is on the far right.