A survivor of the Ohrdruf concentration camp points out the gallows in the camp. 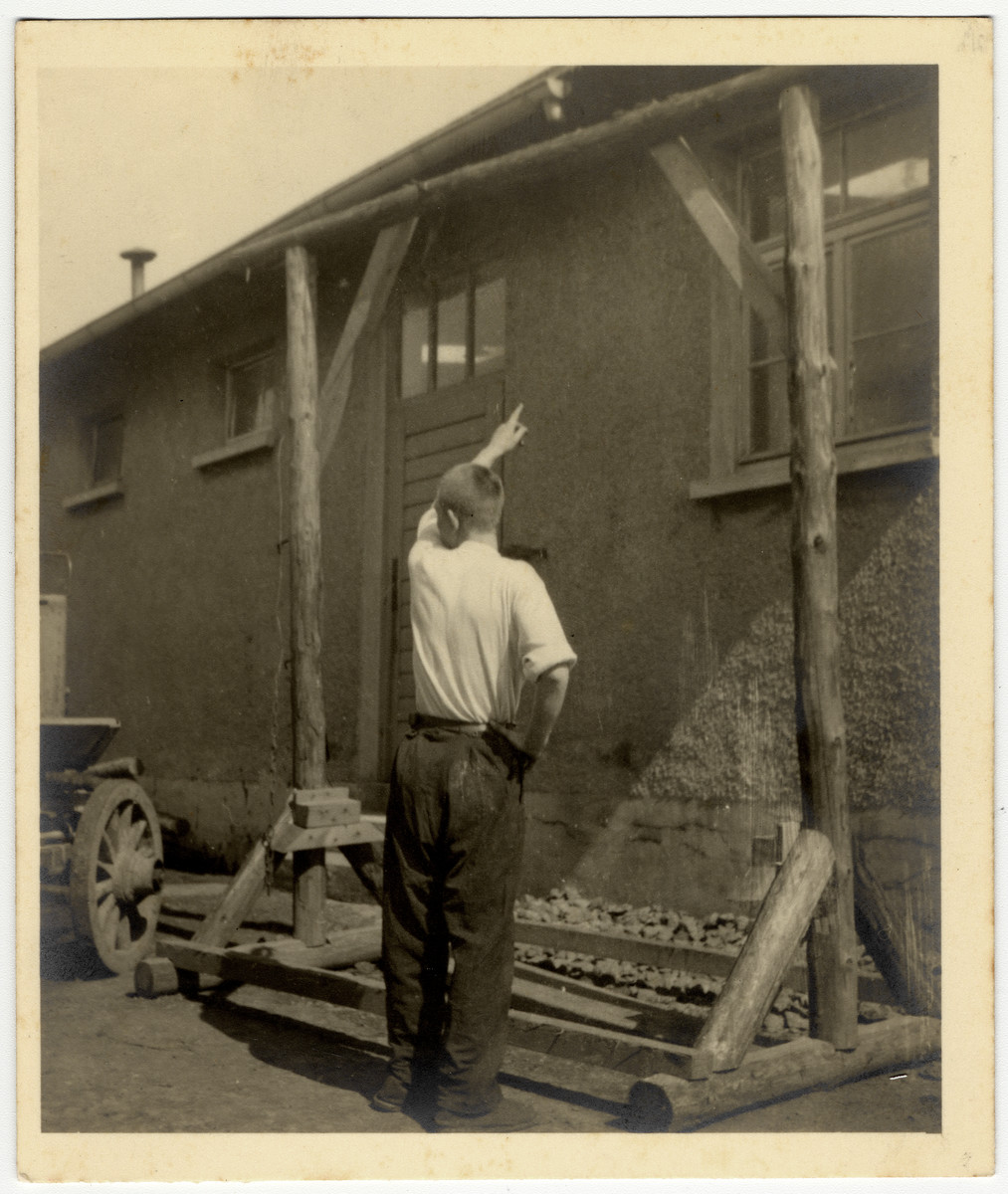 A survivor of the Ohrdruf concentration camp points out the gallows in the camp.

Biography
Benjamin Finesmith (the father of the donor) is the fourth of five children born to Sarah (nee Wolovchik) and Louis Finesmith. Benjamin was born in Wlimington, DE where his father sold fish and poultry on a pushcart, and his mother sewed leather gloves. His parents and oldest sibling were born in Warsaw, Poland. The family was Orthodox. In 1937 Benjamin married Miriam Calicia, an immigrant from Russia. Benjamin worked as a glazier for his father-in-law's window factory, but he also worked part-time as a photographer taking children's portraits. During World War II, Benjamin was drafted into the army and sent to Company C, 1st platoon, 2nd squad of the 314th Engineering Battalion. When he told his officers of his photography background, they made him the unit photographer. Also, since he was the unit's only Jew and fluent in Yiddish, he served as translator. His unit arrived in Europe in January 1945, entered combat on March 12, 1945 and liberated Ohrdruf on April 6th. Finesmith took photographs of the liberation of the camp and of other Russian and British prisoners whom they liberated. He also mailed letters from Ohrdruf survivors to their relatives telling them of their survival. After the war, Finesmith worked on behalf of Jewish survivors in the Bindermichel displaced persons' camp. He sent a mimeographed letter to all his friends in the United States begging them to send supplies care of the Jewish chaplain. Though Benjamin Finesmith's immediate family immigrated to the United States before the war, at least ten members of his extended family were killed in the Holocaust.