Two Jewish friends walk down a path in a park in Fascist Romania. 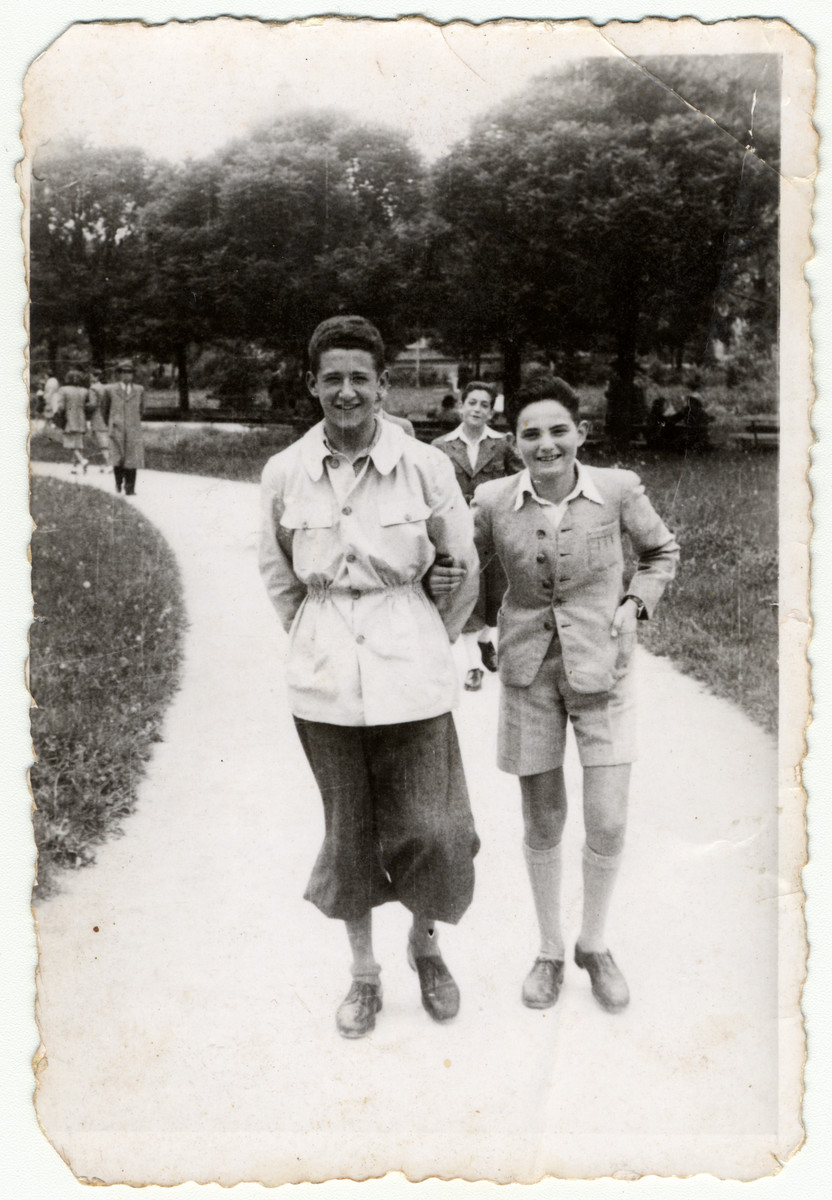 Two Jewish friends walk down a path in a park in Fascist Romania.

On the left is the donor Gyorge Joszef. On the right is Gyorge Hollos (he survived and became an atomic physicist in Israel.)