Group portrait of children from the public school in Brasov Romania holding bouquets of flowers. 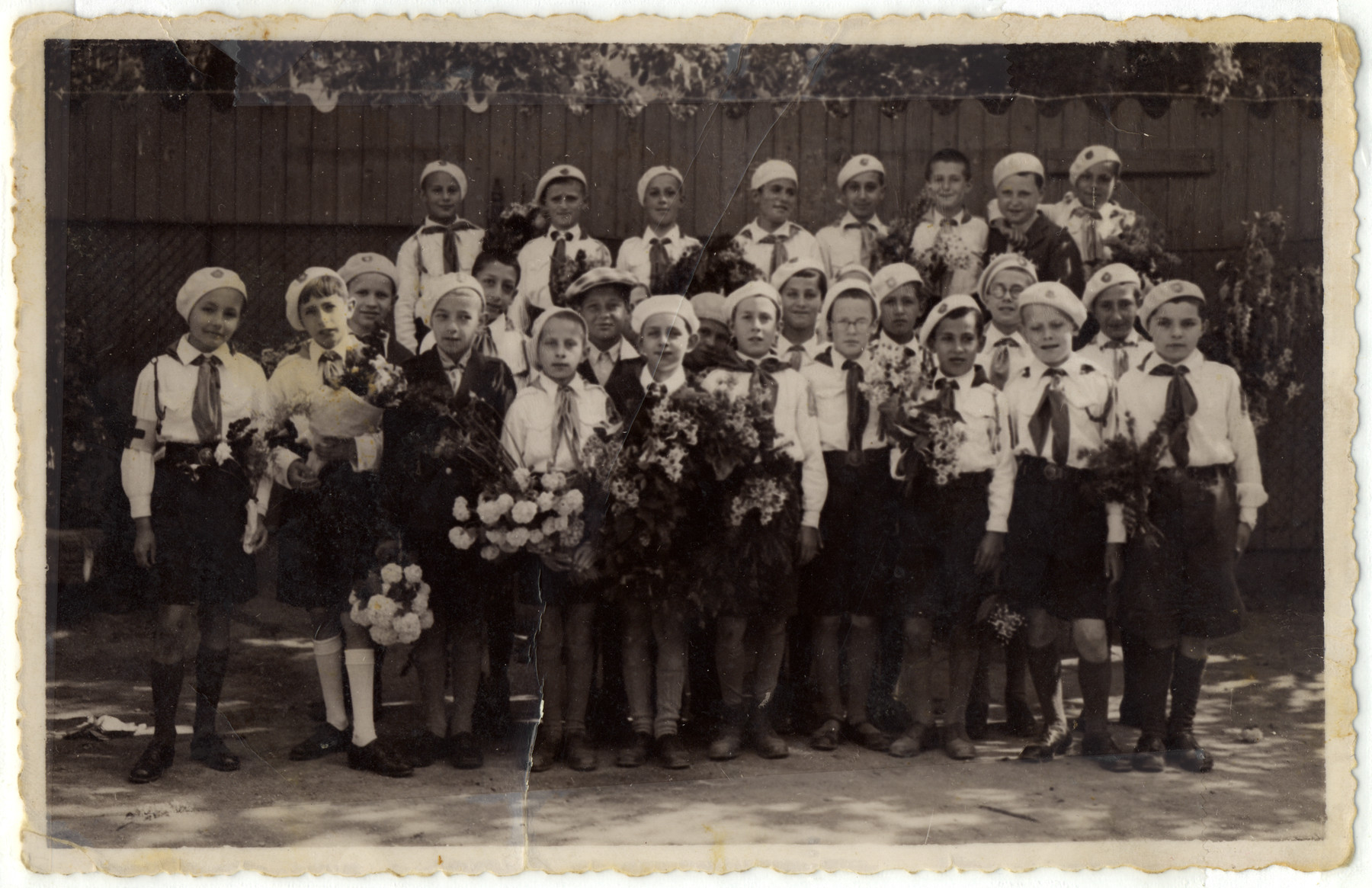 Group portrait of children from the public school in Brasov Romania holding bouquets of flowers.

They are probably dressed up in honor of the birthday of King Carol II, wearing the school uniform dictated by the Fascist regime.