Group portrait of members of the Betar Zionist movement in prewar Uhnow. 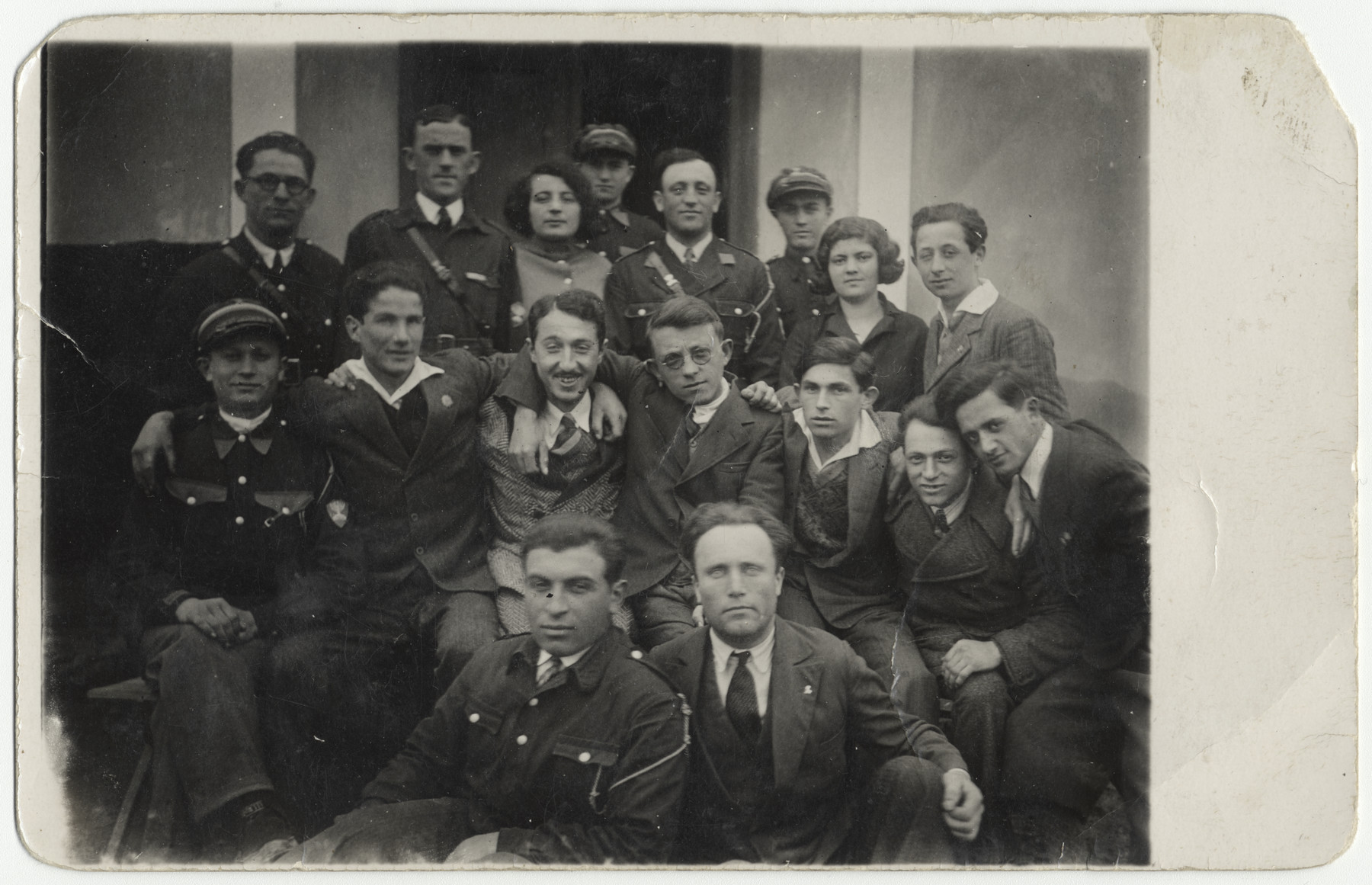 Group portrait of members of the Betar Zionist movement in prewar Uhnow.

Among those pictured is Leo Beer.