The Joshua family walks by the beach in Scheveningen where they had fled from Germany. 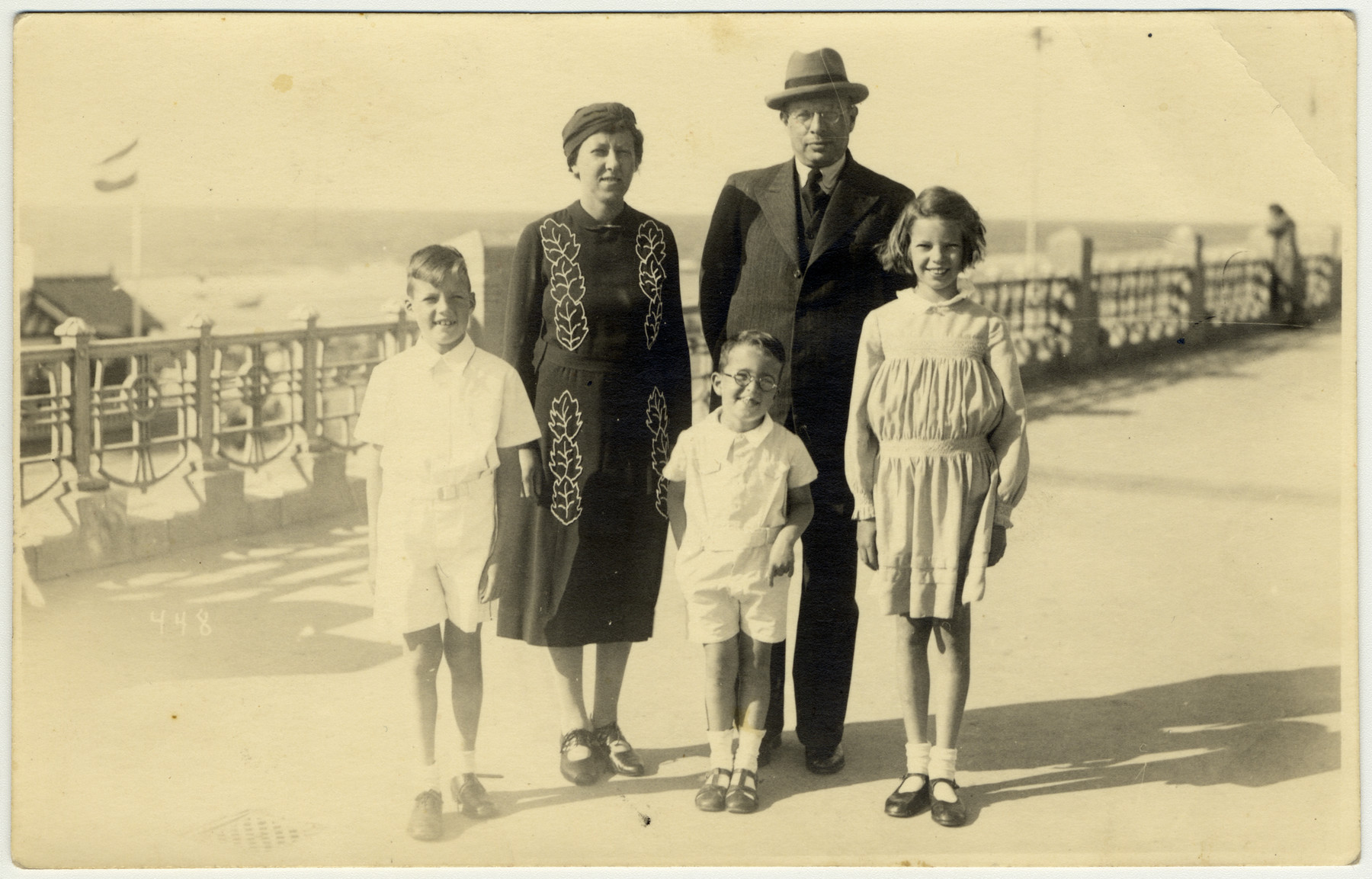 The Joshua family walks by the beach in Scheveningen where they had fled from Germany.

From left to right are Jacob, Elisabeth, Henry, Max and Karin Joshua.