Yehudit Steiglitz,left, sits at a table and plays cards with her friend Katy. 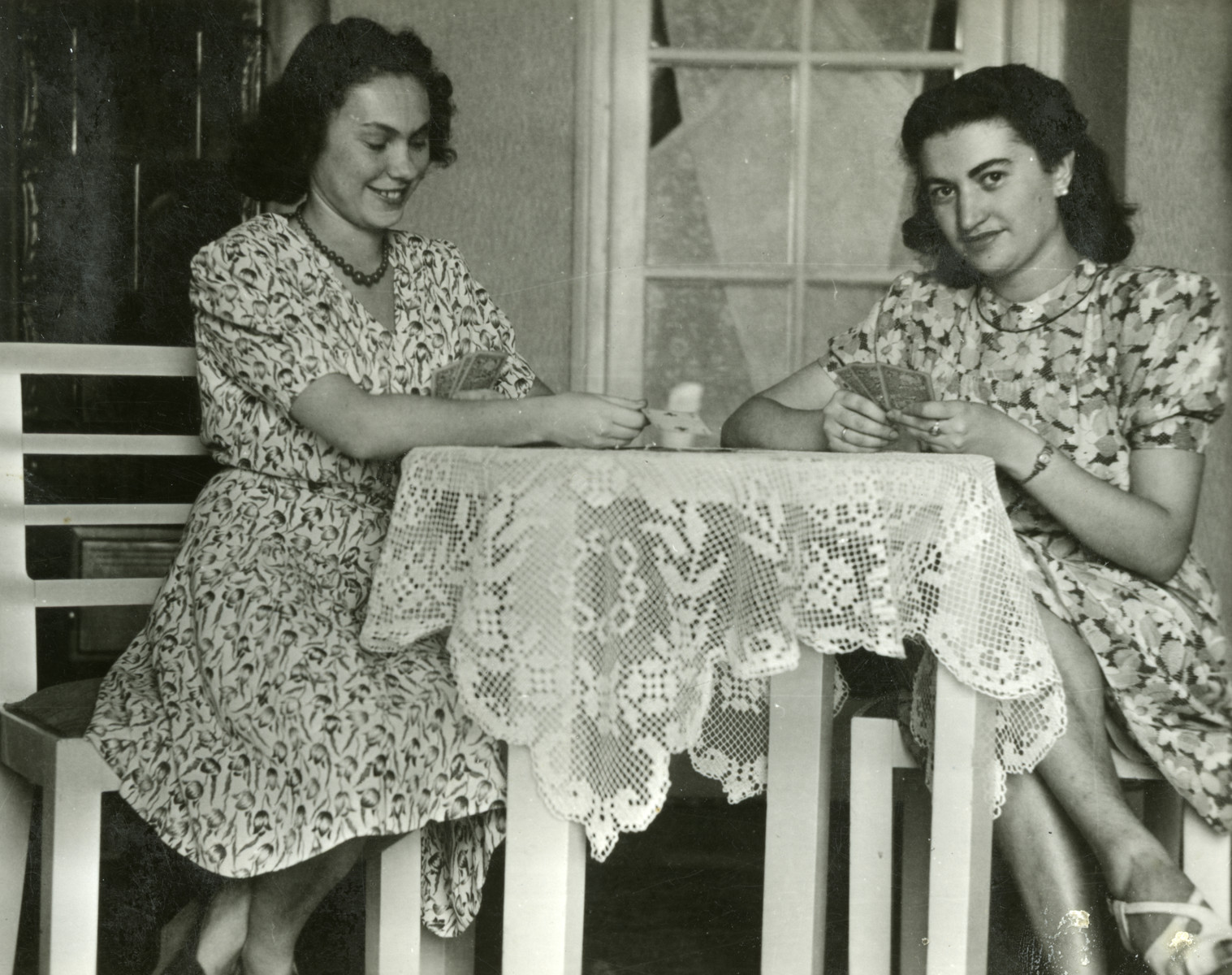 Yehudit Steiglitz,left, sits at a table and plays cards with her friend Katy.

Biography
Yehudit Kessler (born Yehudit Steiglitz) is the only child of Alex Steiglitz (b. 1893 in Sezsmarok, Slovakia) and Ella Hollander (b. 1987 in Szepesnadasd, Hungary). Yehudit's parents were secular Jews with Zionist leanings. Yehudit was born in Subotica, Yugoslavia on August 28, 1923 and prior to the war, her father owned a modern windmill. Yehudit attended public elementary school and finished her high school diploma in 1941. Hungarians entered Subotica that April, and the Jewish students were allowed to remain in school to finish their exams which they took in Hungarian and Serbian languages. After completing school, Yehudit studied sewing with a seamstress who came to their house to sew cloths for her mother and herself. In April 1944, Yehudit's father Alex was rounded-up and sent together with an uncle and other Jewish men to the Topoya holding center. From there they were sent to Auschwitz. In 1945, he was sent on a death march arriving to Bergen-Belsen where he remained for a few weeks prior to his death on May 8, 1945.

In 1944 Yehudit, along with her mother and grandmother, lived with them, were sent to the ghetto in Subotica where they remained for about three weeks. Yehudit was able to go out to work as a seamstress. From Subotica they were sent to another ghetto in Bacsalmas for another week. While they were in the ghetto, Hungarians moved into their home. A judge took over two of the rooms in their apartment; he promised them that he didn't need any of their possessions and would guard them. Another family stayed in the three other rooms; the woman was Christian and her husband was Jewish, and they also kept an eye out on the apartment and the possessions in it. After the war Yehudit and her mother returned to find their paintings and rugs intact.

While they were in the Bacsalmas ghetto, the German commandant received a letter from Budapest listing the names of the Zionists, including that of Alex Steiglitz. Yehudit, her mother, and grandmother were removed from the ghetto and taken to the synagogue where they remained over night together with all of the others who were on the list. In the morning they opened the gate and saw everyone else had been deported from the ghetto. That night the Jews in the synagogue were sent to Budapest, arriving in the morning where they were taken to a synagogue in Pest. There they learned that they were going to be sent on a train to Palestine. Yehudit's grandmother who was quite sick went to a hospital; she died the next day.

Instead of Palestine the group was sent to Bergen-Belsen in what was called the Kasztner Transport. Yehudit and her mother stayed there from June until December when they were sent to Caux, Switzerland. The remained there until June 1945, and Yehudit was able to work as a seamstress. Since the women on the Kasztner train were not allowed to work in Belsen, Yehudit was able to compile a notebook of "recipes" from other Hungarian inmates who longed to remember their family's home cooking. She donated the cookbook, as well as the dress she wore in Belsen and Switzerland, to the U.S. Holocaust Memorial Museum.