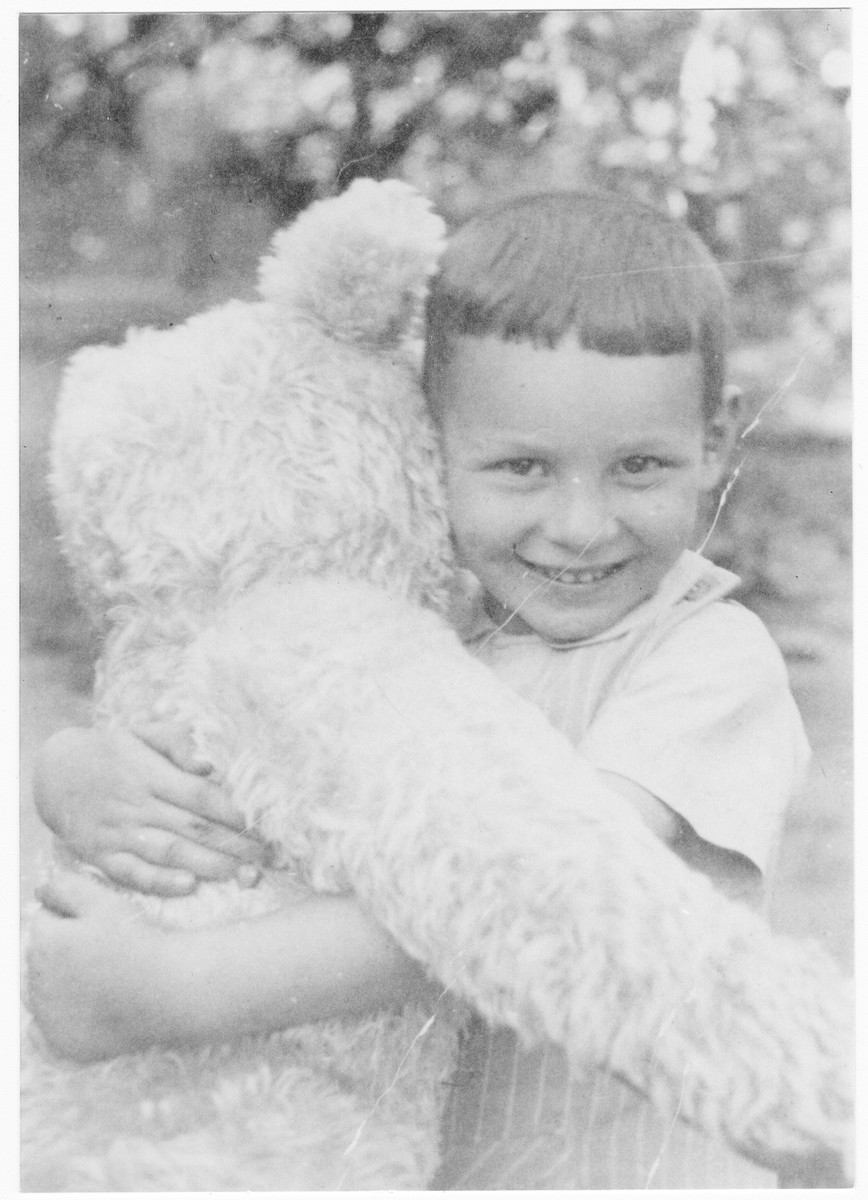 Biography
Hans Frank (later Fred Rosenbaum, the father of the donor) was born on April 4, 1932 in Lambertheim Germany to a single mother, Selma Irmgard Erika Frank. Selma was born in Altenglan in 1904 to Moritz and Berta (nee Suess) Frank. She had two sons; Werner (b. November 10, 1929) and Hans. As his mother could not care for two children, she placed her younger son, Hans, in an orphanage. At first he lived in the New Isenberg orphanage, later, the Dinslaken Jewish orphanage. A few years later, a Jewish couple in the Bronx began adoption procedures for Hans. They had a daughter, but had lost their son at birth and wanted a boy. The adoption process lagged, and Hans was still at the Dinslaken orphanage when it was attacked on Kristallnacht. Hans left Germany for the United States on April 5, 1939 and was formally adopted by Bernard and Francie Rosenbaum. He was given the name "Fred Rosenbaum." Bernard was a CPA and Francie had been a teacher before she married. Hans' birth mother, Selma Frank, perished in Ravensbrueck on March 23, 1942 and his biological brother, Werner, was transported to Auschwitz on February 26, 1942, where he presumably perished.