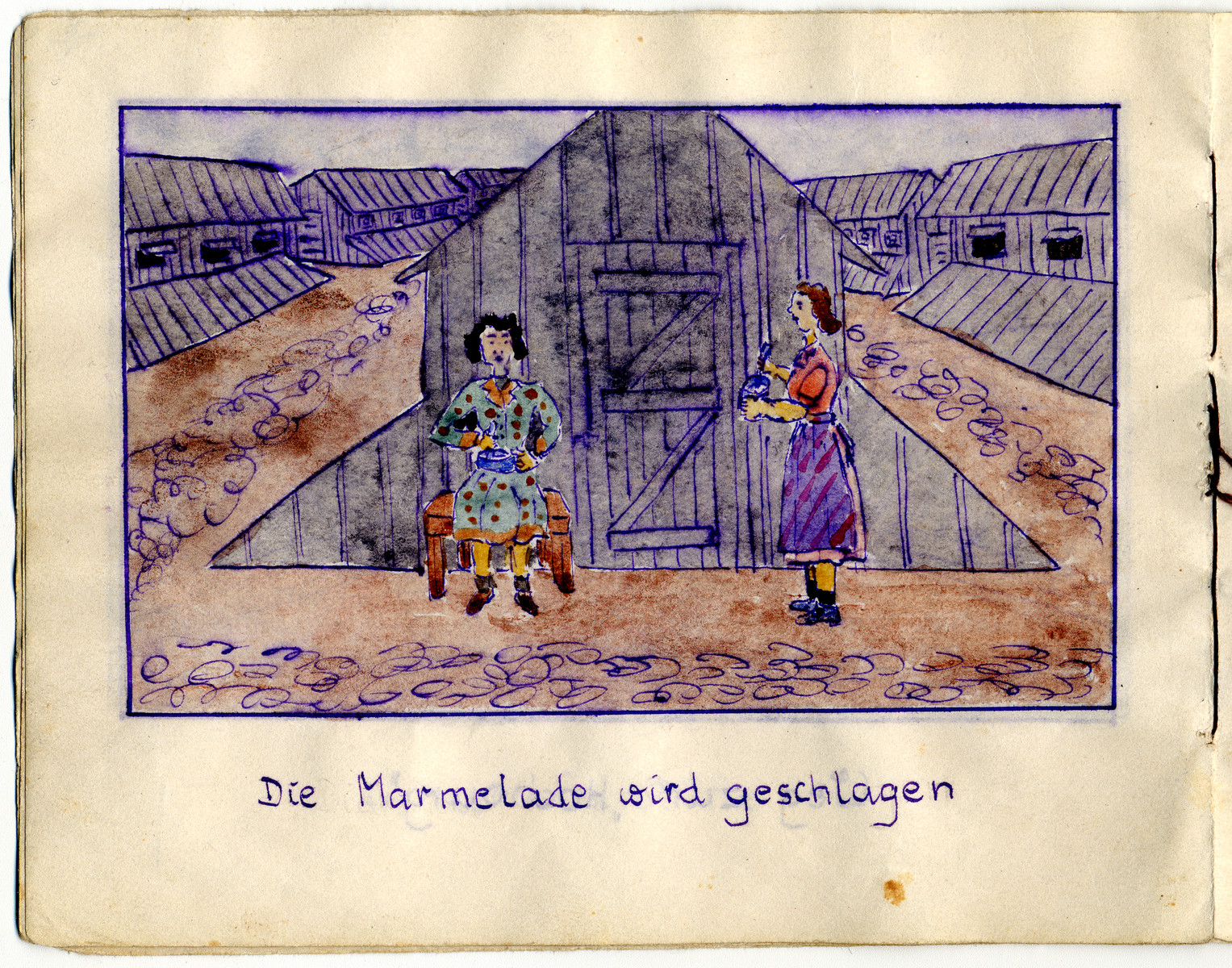 This page is entitled "The marmalade is beaten."

Biography
Eva Johanna Liebhold was the daughter of Michael and Fanny Liebhold. She was born on September 12, 1921 in Mannheim, Germany. She had one brother Werner (later Bernard) born 1927. In October, 1940 the family was deported to the Gurs concentration camp in southern France. From there Michael was sent to other French internment camps before dying in Nexon. In 1942 Eva and Fanny were both shipped to Drancy and then deported to Auschwitz where they were killed. Only Werner survived having spent time hidden in OSE homes, a Catholic college and then fighting with the Macquis under a false name.