A Jewish family visits the graves of their family members after the war. 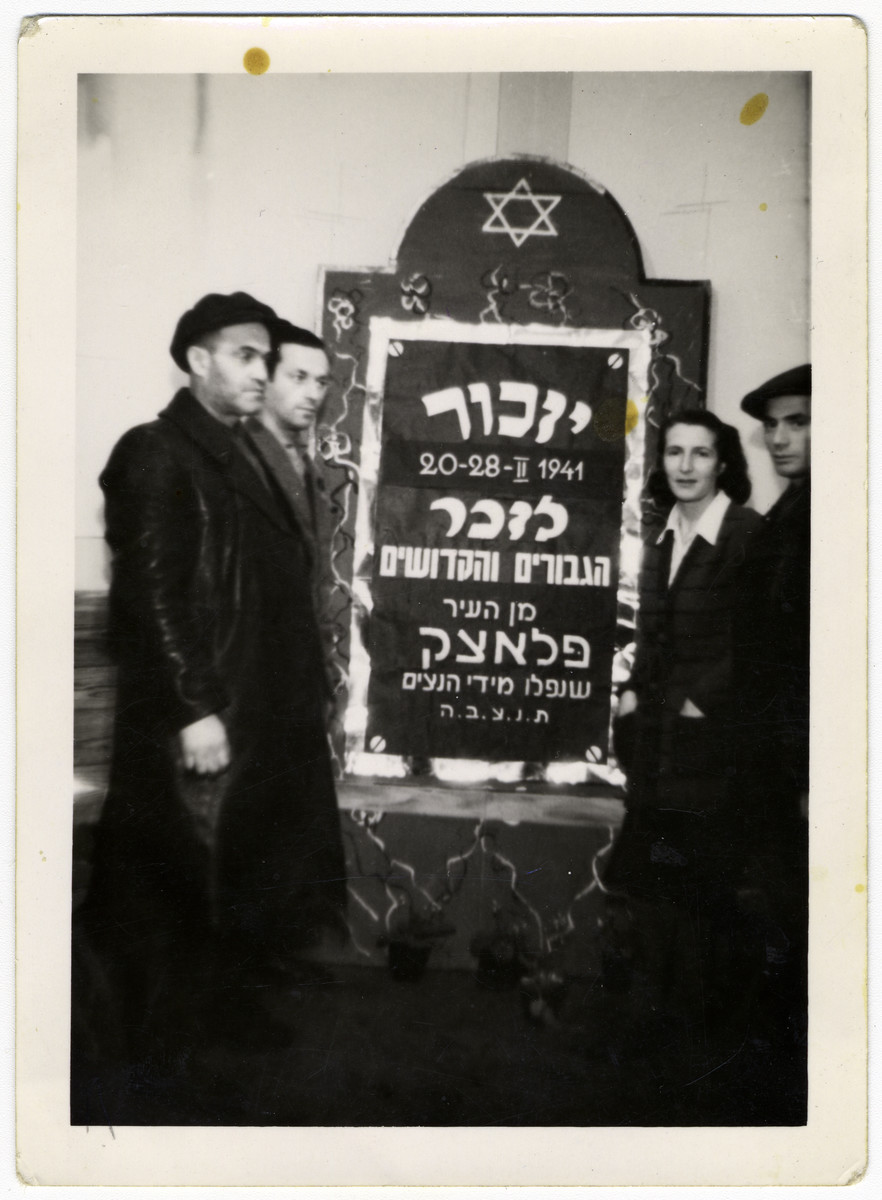 A Jewish family visits the graves of their family members after the war.

Sender's parents, Nojech Zawierucha and Blima (Staszewskich) Zawierucha, were farmers who owned land in the Plonsk area. He had two older brothers, Motek and [name unknown], who were serving in the Polish army. He also had a younger sister, Manusha, and three younger brothers, Kuba (b. 1926?), Heniek (later Zvi, b. 1928?), and Josef (b. 1931?). Prior to the beginning of the war, Sender's father died from blood poisoning.

On September 2, 1939, Sender, his mother, and younger siblings were travelling through the countryside in a horse-drawn buggy to visit his grandmother, Tova. They heard the German bombs, and at that moment they decided that the family would need to leave and cross the Vistula river to the east in order to avoid becoming trapped in Poland. Together, they set out toward the USSR. Although his mother later asked Sender to return to Poland for his grandmother, it was not possible to do so, and they never saw her again.

The family managed to reach the Soviet Union, but a year after they left Plonsk several of them contracted typhus. Sender and his siblings recovered, but his mother succumbed to it, and was buried in Dzhambul, Kazakhstan. Some time later, Sender arranged for his younger brothers, Kuba and Heniek, to immigrate to Palestine with a group of Polish children. In the spring and summer of 1942, the children were taken to Teheran along with the other refugees and soldiers. After immigration permits were obtained from the British, the children were then transported to Palestine via Karachi and Suez on February 18, 1943. Although Sender remained in touch with his siblings, he was not able to see them again until the early 1960s.

After several years of forced relocations, Sender ended up in a refugee camp near Tashkent, Uzbekistan. There, he was put to work in a slaughterhouse, cutting meat to ship to the soldiers at the Russian front. Because of the nature of his job, he was able to bribe guards, to smuggle food to his family, and to barter with others. Another prisoner in Tashkent, Pola Geiner, heard of his activities and managed to find him.

Pola Greiner was from Zamosc, Poland, the daughter of bakers. She had two older brothers, Jacob and Favel, and several younger siblings. As a teenager, she was trained as a tailor, and was so skilled that she opened her own business. Among the many garments that she created was a blue wool suit with a fur collar, which she kept for herself. On October 5, 1939 she was deported and forced to travel on a cattle car northwest to Siberia. She never saw her parents again. Although she was relocated several times, she spent the next two years in the Siberian area.

At some time in the early 1940s, Pola arrived at a camp near Tashkent, where she met Sender Zawierucha. In 1944, they were married by a rabbi in the camp, with a ring that she had obtained by trading her blue wool coat, and a gold watch which was purchased from the profits of her earlier tailoring business.

After the war's end, Sender and Pola travelled back to Poland, where they stopped at their respective hometowns. As they could not remain in Poland, they continued west, ending up in Germany. From 1945 to 1951, they lived in several displaced persons camps, including Foehrenwald and Ulm, where their first child, Regina, was born. With the assistance of the Hebrew Immigration Assistance Society (HIAS), they left Bremen for the U.S. in 1951 aboard the "Henry Taylor." Soon after arriving, they travelled to Detroit, where they lived in temporary housing while acclimating to the U.S.