Baruch Hershstyn (2nd from left) poses in the snow with his family and children. 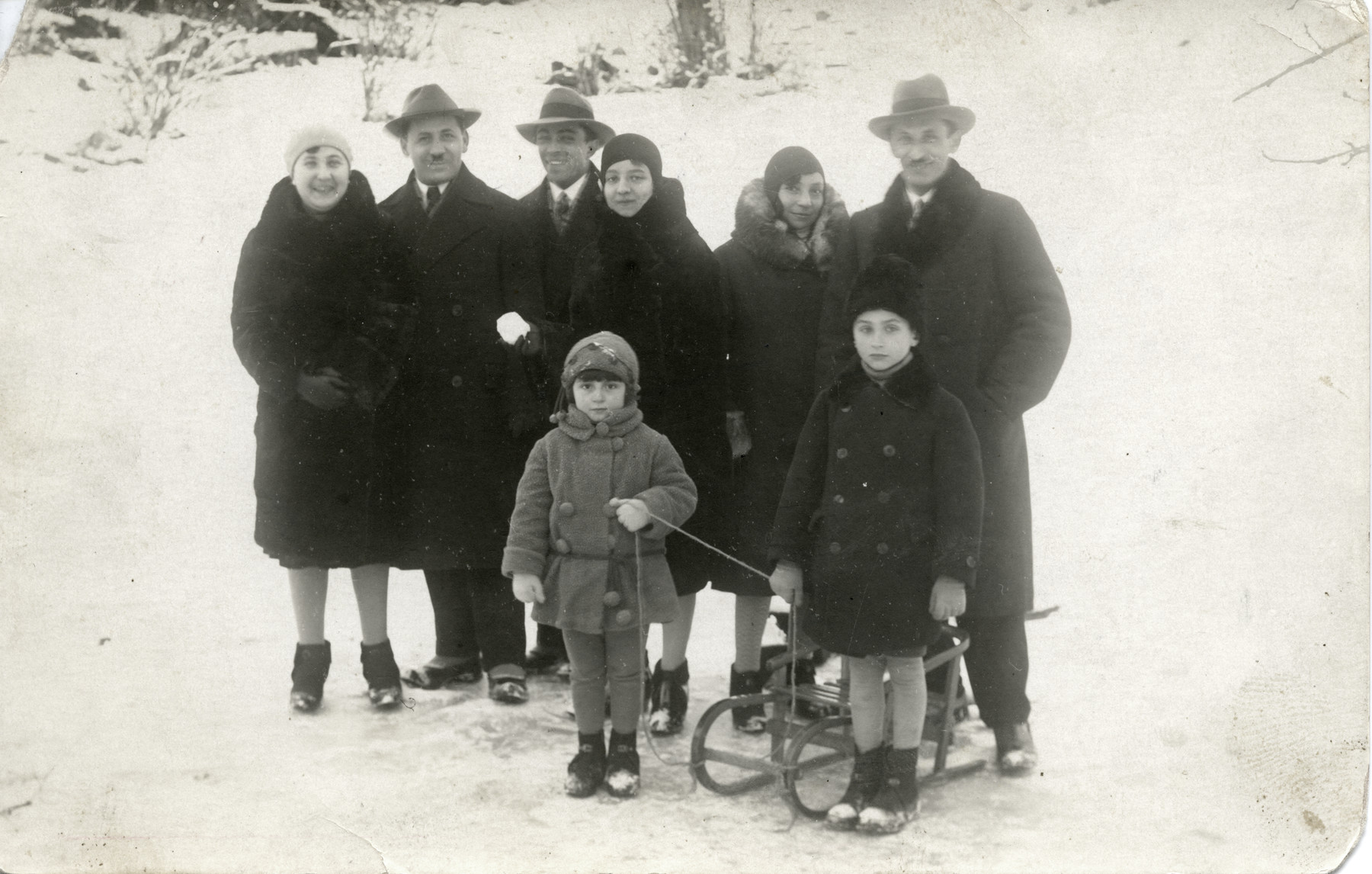 Baruch Hershstyn (2nd from left) poses in the snow with his family and children.

Biography
Roma Becher is the stepdaughter of Baruch Hershstyn. He and his wife Chana lived in Krasnystaw in the Lublin district. Shortly after the start of World War II, Soviet forces occupied the town for two weeks before it was captured by Germans. Many Jews left with the retreating Soviet army. The Soviets deported Baruch to the Sverdovskaya Oblast to do forced labor. He survived but Chana and their two daughters, Dora and Zunia, perished.