Fred Oppenheimer poses by the railing overlooking the Lahn River. 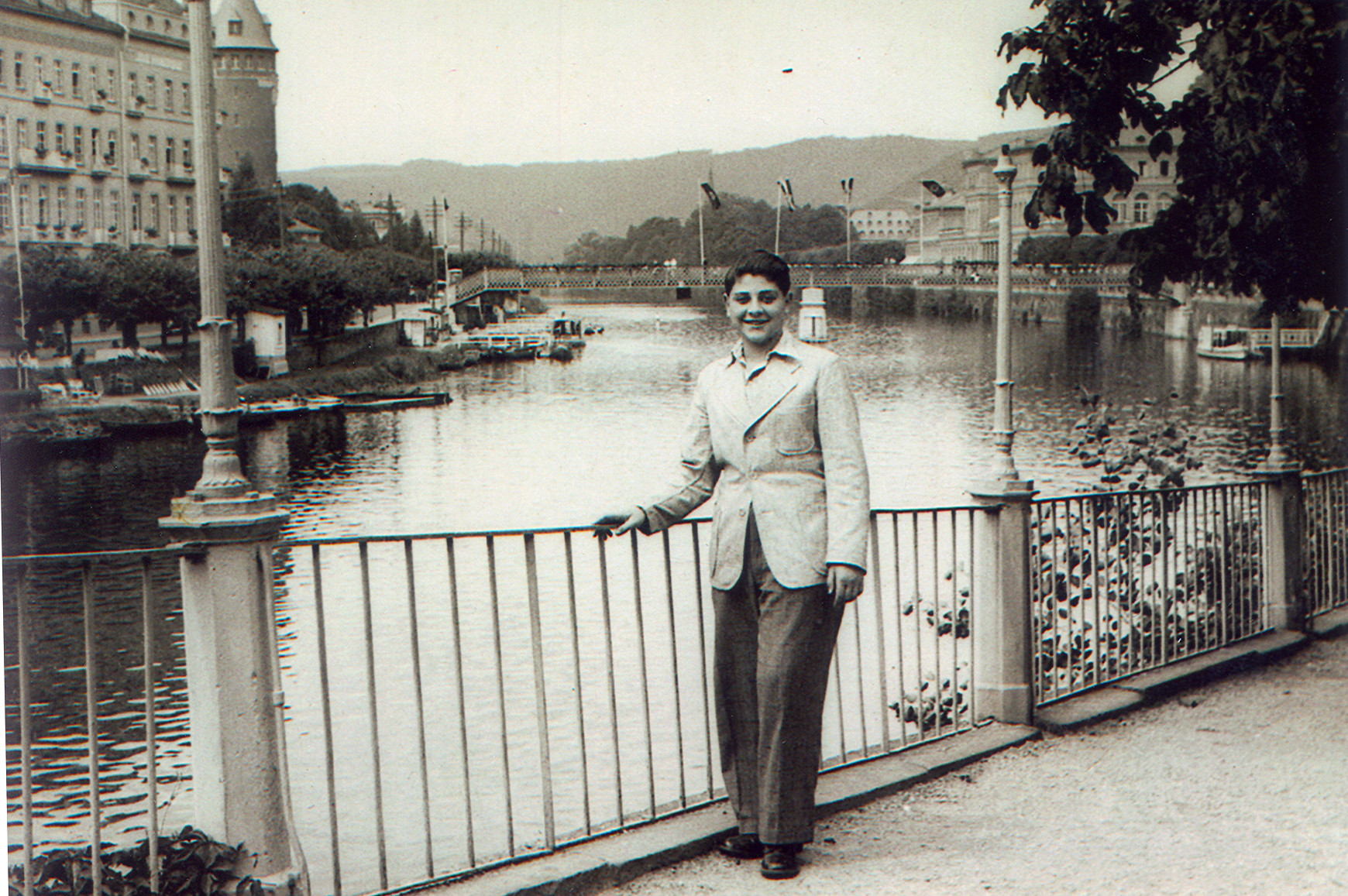 Fred Oppenheimer poses by the railing overlooking the Lahn River.

In the mid-1930s, Fred was a student in the public schools, riding his bicycle as transportation back and forth. When the Nuremberg Laws were passed in 1935, he recalls being attacked by other children after school on a daily basis, and began filling his bike pump with dirt to use to protect himself against them. In the years immediately following, he was forced out of public school and enrolled in a trade school for Jewish boys in Frankfurt, where he learned tool and die making.

In 1936, his brothers Paul and John left Germany, having obtained visas to do agricultural work in England. Around that same time, his sister Elsie went to England as well, to work as a governess. After the war broke out, Paul and John were placed in internment camps in England, due to their German birth. The camps were overcrowded, and John soon found himself in a group of detainees sent to a camp in Australia. Some time after their arrival there, the British parliament decided to ship the detainees back to England, but the Australian government offered some of the detainees the option of joining the Australian army. John decided to join the army, narrowly missing the fate of his fellow detainees. Their transport ship back to England was sunk by a German U-boat, leaving no suvivors. He later married the widowed mother of one of his fellow soldiers, settled in Melbourne, and changed his name to Oliver. Paul married after the war, while still in England, then came with his wife to the United States in 1949, where they settled in Los Angeles and had three children.

Fred, being significantly younger than his siblings, remained in Germany until late 1939. When he was eleven, he had gained local fame for his heroic efforts to save a drowning girl and, as a result of this , he was able to obtain train passage to Lisbon. He remained there and attended school, until he reached the age of sixteen. In late 1940, he immigrated to New York with the assistance of the Hebrew Immigrant Aid Society (HIAS). After three years in the U.S., he was drafted into the army, where he served until 1945. That year, while still in uniform, he married Fritzi Gluck. Fritzi, born in Austria, had left Germany with her mother and siblings in 1939 aboard the last ship allowed to enter Havana, Cuba.