Felix Goldschmidt (left) director of the Versailles children's home, a religious OSE home, poses with a group of teenagers. 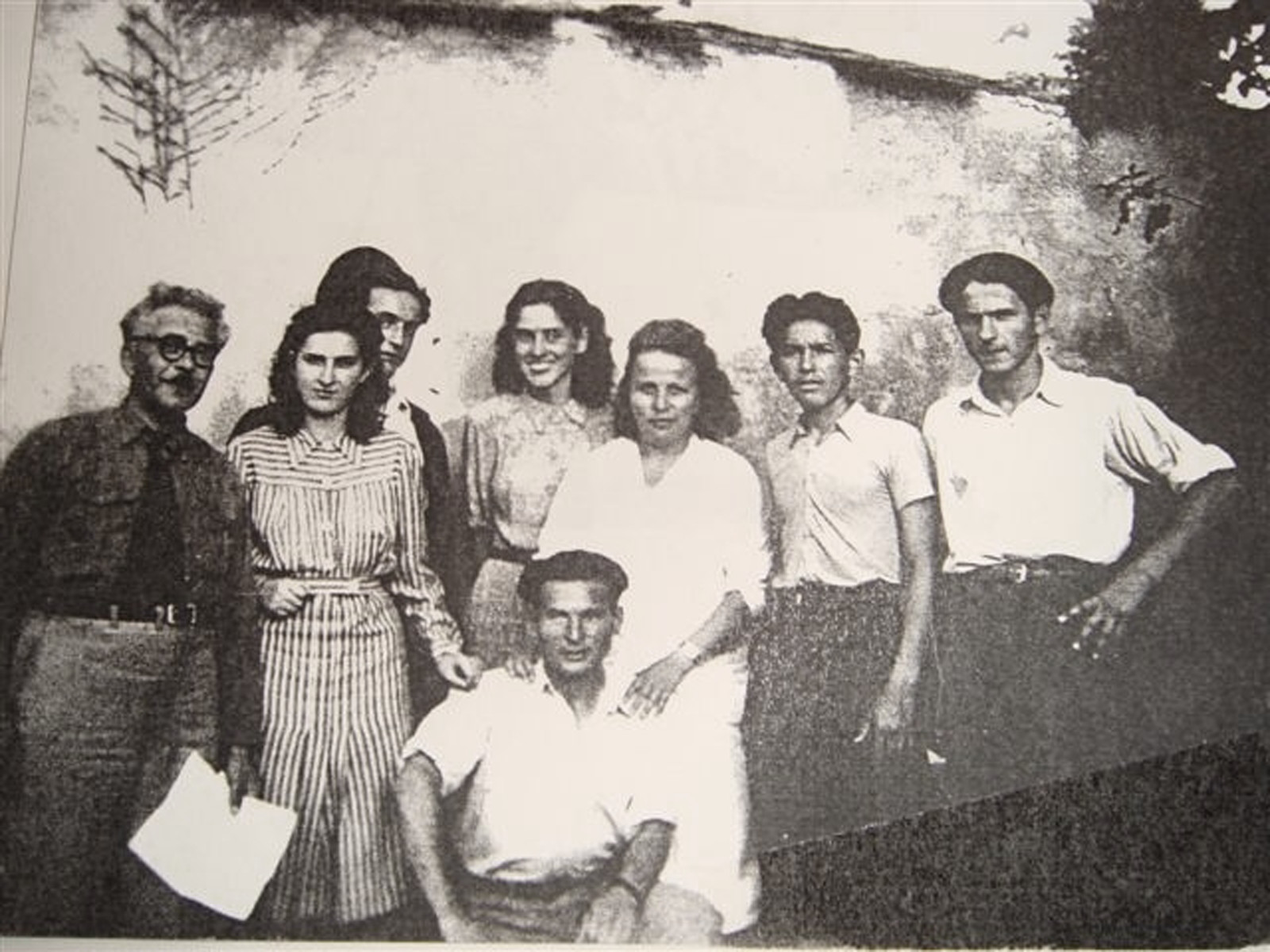 Felix Goldschmidt (left) director of the Versailles children's home, a religious OSE home, poses with a group of teenagers.

Biography
René Chmouel Goldschmidt is the youngest child of Felix (b. August 4, 1898 in Paris) and Marguerite Preuss Goldschmidt (b. May 23, 1903, Berlin). Felix Goldschmidt was an observant Jew who was also steeped in German and French secular culture. The Goldschmidts had five children: Beatrice (Bathia, b. June 19, 1928), Eve (b. September 5, 1929) were born in Berlin, Jules (b. April 21, 1931), Mathilde (Michal, b. November 2, 1932) and René (b. January 31, 1936), all three born in Leipzig. Felix left Germany to Holland with the four eldest children on august 1938; Marguerite remained in Leipzig with the little René. On the night of crystal (Kristallnacht), November 10, 1938, SA Brown shirts broke into the Goldschmidt home breaking furniture and destroying possessions. Marguerite with René left Germany two weeks later. The family settled down in Strasbourg and Felix returned to Paris to look for a job.

With war declaration in September 1939, the Goldschmidts fled south to the Limoges district. Felix became involved with underground for the next three years assisting refugees, creating false papers, helping to free prisoners from internment camps and making explosives. He manufactured and may have provided false papers for as many as 238 persons and which he smuggled into the Nexon, Gurs, and Douadic internment camps to help free internees. He also brought food and supplies to the internees. On July 12, 1943 Felix noticed a black Gestapo car approaching their house. He immediately hid incriminating documents and photographs. The Gestapo began searching the house for the false papers Felix manufactured. They escorted him upstairs and began to beat him. While they were upstairs, Marguerite lit the stove, supposedly to cook hard boiled eggs for him to take with him and began to burn the documents one by one. Felix was arrested and taken to the prison in Chateauroux where he was tortured. While he was in prison, the family was able to exchange letters and packages through the Red Cross. Following his arrest, Marguerite received a Salvadoran citizenship paper from the consulate in Geneva. The certificate was probably requested by the Felix's brother, Robert Goldschmidt who was living with his family in Montreux, Switzerland. She brought it to the police station and demanded that her husband be released on the grounds that he was the citizen of a neutral country. Unfortunately, it did not secure his release. On September 24, Felix then was transferred to the prison in Limoges and condemned to death and finally he was sent to Drancy in October 1943. Felix managed to throw out a letter from the train telling his wife he was aboard an express train; Marguerite wrote back to Limoges to have her letter returned addressee unknown. Felix then wrote to her a few times from Drancy. His last letter read as a spiritual will and testament in the event he never saw his wife and children again. Then two days later, the family received word that Felix had escaped. In November 1943 Felix was placed on convoy 62 bound for Auschwitz. As the train passed through the Bar-le-Duc region, Felix escaped breaking both his ankle and leg. He found shelter with Gabriel and Simonne Philbert from Nancois sur Ornain who hid him for the next two months. They later were awarded the title Righteous Among the Nations on November 11, 2007.

After the arrest of Felix, Marguerite arranged for the Resistance to help her three youngest children to cross the border into Switzerland in September 1943. On September 2, 1943 Denise Bloch, a friend and other member of the underground came to pick up the children to escort them on the first leg of their journey. The children crossed over the border about a week later with a group of some 28 children. After few weeks in Swiss camps (Les Cropettes, Les Charmilles, Vidy: 25 days) they came in tatters to be sheltered by their aunt, Suzanne Wolf (born Goldschmidt) in the house of their grandparents Goldschmidt, in Zurich on the evening of Yom Kippur.

On December 25, 1943, Felix crossed back into the unoccupied zone and arrived in Aix-les-Bain where he stayed for two month in a hospital for treatment of his broken leg. On February 17, 1944 he, Marguerite and their two older daughters also escaped to Switzerland. The family spent the last year of the war in different camps in Switzerland. Eventually Felix and Marguerite Goldschmidt became the pedagogical directors of an educational refugee children's home set up by Red Cross called Waldrossili, in Schwendibach, near the Lake of Thun.

After the war, the family returned to France, and Felix worked for the OSE (Oeuvre de secours aux enfants). He directed the summer home, L'Hirondelle near Lyon and became OSE regional director for Limoges. He worked finding Jewish children who had been hidden during the war and returning them to their families. In 1946 Felix and Marguerite assumed the directorship of the Chez Nous children home of the OSE, in Versailles. The youth there included ten child and adolescent survivors of Buchenwald. The Goldschmidts remained there until 1953. Felix also edited of the journal, la Semaine Juive. In 1947 eleven children left on the Exodus and over the next few years, Felix assisted others in making aliya until 1953 when he and Marguerite left for Israel themselves. In 1954 Felix returned to Paris to open le Foyer des Etudiants Juifs. Vivette and Julien Samuel, also of the OSE succeeded to him in 1955 when he returned to Israel and worked for Israel Radio providing French language programming. 1961 he translated the Eichmann trial from German and Hebrew into French. Marguerite died in 1963, and Felix passed away three years later. Chmouel Goldschmidt went on to hold a senior managerial position at the Chief Scientist Office (OCS) of the Israeli Ministry of Industry and Trade. Bathia became a nurse, Eve a physiotherapist, Tilly an elementary school teacher and Jules became a teacher of electro-mechanics and a consultant engineer in human engineering.