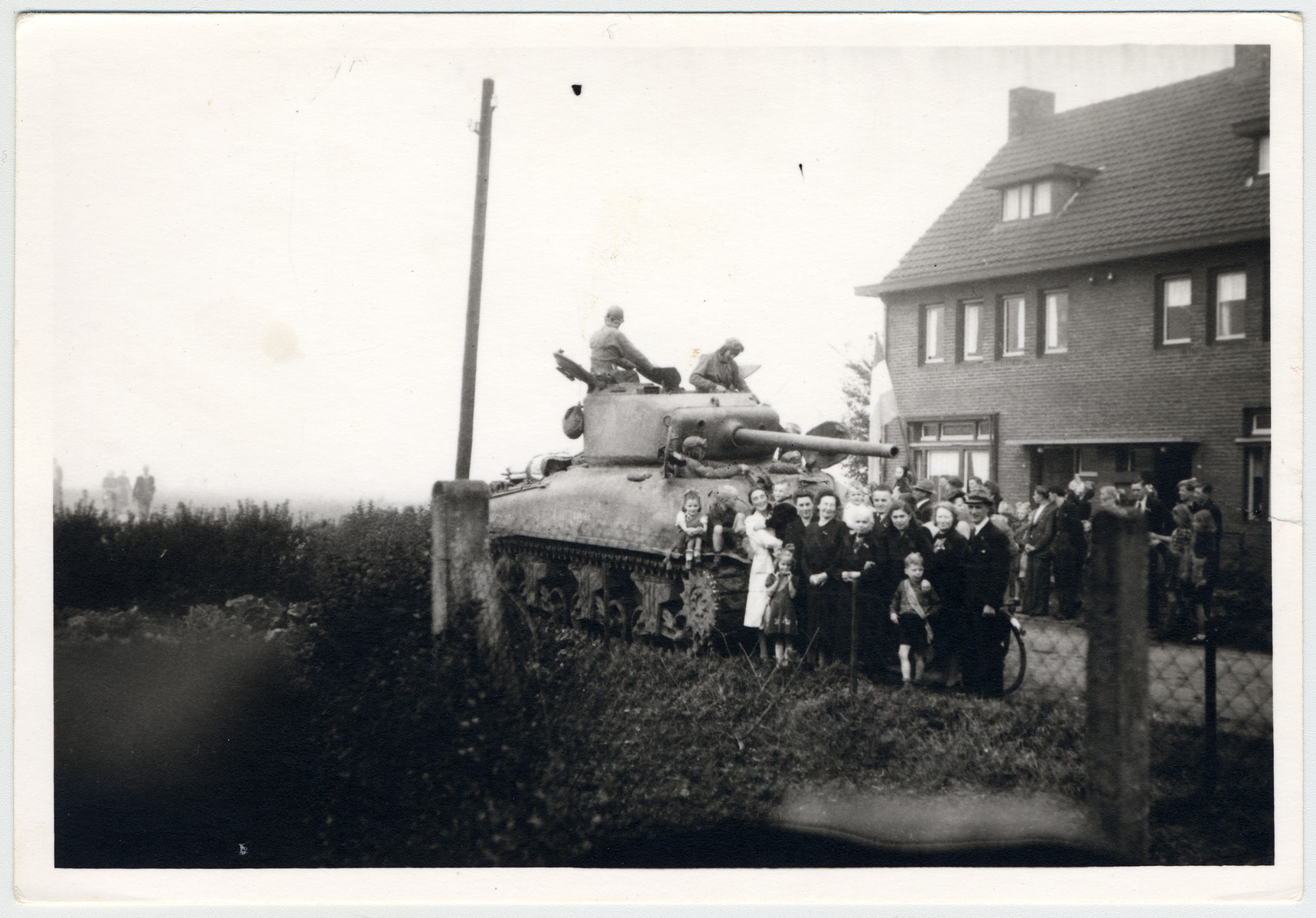 Biography
Zadok Parsser is the son of Jacob Parsser (b. April 2, 1908, Amsterdam) and Isabella (called; Bella) Elzas (b. April 24, 1912, Borculo). Zadok was born on December 6, 1939 in Amsterdam. He has two younger siblings: Dorothea (Dorrie, later Spitzer) born in 1942 in Amsterdam) and Mozes (Moshe), born in 1948 in Amsterdam). Zadok's family is orthodox. His father and grandfather were active in the diamond industry. His maternal grandfather, Mozes Elzas produced parchment for Torah scrolls. Jacob was very active in most of the Jewish organizations in Holland. The family lived on Nieuwe Keizersgracht 60, next to the house occupied later by the Jewish Council, (Joodse Raad). In 1943 the Parssers were picked up in a round-up and sent to Westerbork. Zadok contracted dysentery and almost died in camp. His father was employed in the factory dismantling cadmium batteries with his bare hands. After a few months, the family was sent to camp Vught in the south of Holland, were they remained for a few weeks. On June 6th, 1943 ("Shavuot"), the family was put on a cattle train bound for the Sobibor extermination camp in Poland. The train first stopped in Westerbork to collect more people. Each transport contained approximately 3,000 Jews. Zadok's grandparents (Zadok & Lea Parsser van Amerongen), who had remained in Westerbork, boarded the very same train. While the train was in Westerbork, Gemmeker, the Nazi camp commandant, called out Jacob Parsser's name o the loudspeakers and told him to leave the train. Jacob Parsser refused to leave unless his wife and two children could come with him. Gemmeker gave in to this exceptional request. The Parssers remained in Westerbork for a short while and were told that they should return to Amsterdam to their previous apartment.

After having been released from the death transport to Poland, Zadok's father had said that such a miracle happens only once. Shortly after returning to Amsterdam, Zadok's father Jacob decided to contact the resistance movement and ask them to hide his two children under the stipulation that if they survived the war, they should be educated as Jews. Members of the underground brought Zadok by train to Limburg, in the south of Holland. When a number of such children, mostly between the ages of two to four, reached the town of Sittard, they were all collected by a seventeen-year-old student by the name of Jan Bosch. Jan hid the children for a couple of days in his family's warehouse, until he had found Christian families willing to adopt a baby. Each night, Jan Bosch put one of the babies in a small basket attached to his bicycle to deliver to a family. He brought Zadok to the family van Enckevort in Treebeek, a very religious Catholic family, with two children of their own, named Jan and Mara. Zadok stayed with them for nearly two years and was treated as a member of the family. He learned all their prayers and was educated as a pious Catholic. His sister was sent to Sneek, in Friesland, a small place in the northern part of Holland, were she remained until the war was over.

Around 15 years ago Zadok received a fax from Betty Kluska of Bnei Brak, asking him, whether he knew who has rescued him from the Nazi regime. Zadok called her and heard from Betty, that she was an orphan in Holland who had been placed in hiding by a person named Jan Bosch. She told Zadok, that she and her husband had searched for more than 15 years, to find out the person who had placed her in hiding, until she found her savior Jan Bosch. Jan had a list and many pictures of all the Jewish children whom he had saved and placed with many different families. After some time, all the "children" of Jan Bosch (who all were listed on the fax Betty had sent to each of them) living in Israel gathered together and applied to "Yad Vashem" who named him as "Righteous Among the Nations." They brought Jan Bosch and his wife and children to Israel for two weeks as their guests. During the war Jan Bosch was captured by the Gestapo as he was suspected of saving Jewish children. In fact Jan's parents had tried to put a stop to his work, as he endangered their whole family. When caught, Jan told his interrogators that he also was aware that a certain Jan Bos was active in the underground movement, but they mistook him for that person. Much to his surprise the Germans believed him and released him from a certain death penalty. Zadok remained in contact with Jan Bosch until his death on January 31, 2010. Jan had saved directly 33 Jewish children (and had helped to survive many more Jewish babies indirectly via his assistance).

Zadok's parents were picked up again in their hiding place in 1944 and sent back to Westerbork, where they were liberated in the year 1945. Zadok was brought to Westerbork from his hiding place in Treebeek, after southern Netherlands was liberated by the Canadians. (The northern part of Holland was still partly occupied by the Germans). He was first brought to a first cousin of his father, Jaap van Amerongen (who changed his name into Jacob Arnon when he immigrated to Israel, where he became the Director General of the Ministry of Finance). From there, the Red Cross brought Zadok to his parents in Westerbork. After the war, Zadok's father Jacob learned that his sister Jenny and brother-in-law Nathan Dusseldorp had been murdered by the Germans near the end of the war. However Red Cross lists revealed that their two sons, Simon and Zadok, had survived. They had been hidden by Christian families in the north and middle of Holland. Zadok's parents wanted to adopt their nephews, but the OPK (Oorlogs Pleeg Kinderen), an organization caring for Jewish orphans, had ruled that Zadok's parents were unfit. Zadok's father took the OPK to the court in Amsterdam to challenge the decision. He won the case and adopted both of his nephews. He raised them as if they were their own children. Both became very learned Talmud scholars. Zadok Dusseldorp wrote meanwhile 10 books on the Talmud and his elder brother Simon also became a learned scholar and had graduated before in chemistry at the GU, the University of Amsterdam. Both moved to Israel and have many grandchildren.

After the war, Jacob returned to work in the diamond business and upon his retirement in the early 1980's, immigrated to Israel. He served as President of the Dutch diamond bourse during more than 30 years, and in 1988 he was elected as Honorable Deputy of the Board of the World Federation of Diamond Bourses, for his great achievements in promoting the diamond industry worldwide.

Zadok studied Talmud for a few years in Israel and England and after that he graduated in the University of Amsterdam in economics. He married Gisele (Tova) Ashkenazi (born in Paris in 1948). Her family moved soon to Antwerp, as it was difficult to give a religious education in Paris in those days. They immigrated to Israel in 1969. They have five children (3 sons: Yisrael, Shevach, and Chaim and 2 daughters: Devora and Chaya) and have over 30 grandchildren. Zadok and his younger brother (born after the war) are both in the diamond business. His sister Dorrie married an Englishman in Holland (Jacob Spitzer) and today she lives in London.


A reference to his story can be found in the publication of Janneke de Moei "Jewish Children in Camp Vught" (pages: 99 and 103), published in 1999.on the occasion of inaugurating a special monument, honoring the murdered children in camp Vught.