View of the bombed out Chancellery in Berlin. 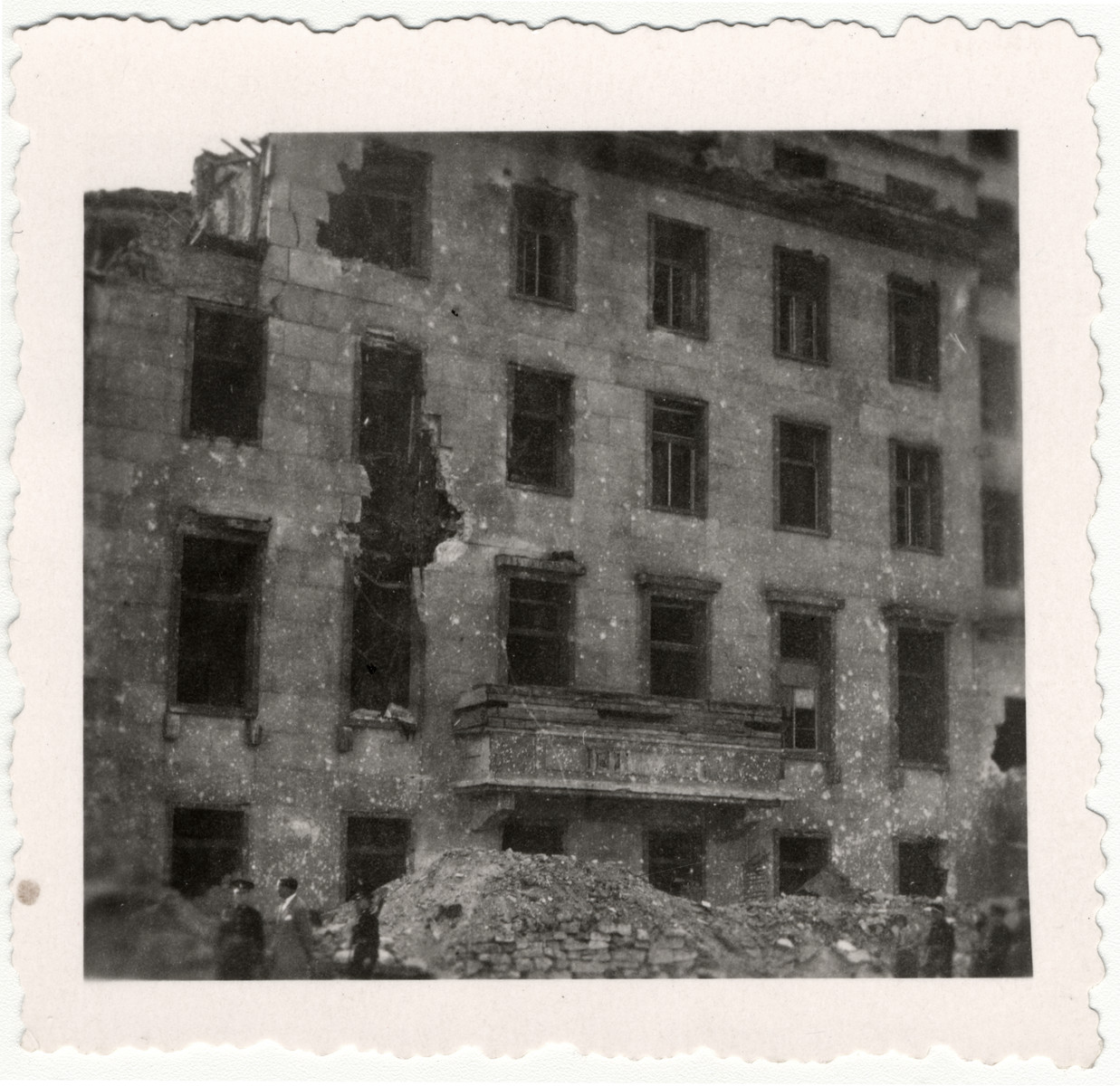 View of the bombed out Chancellery in Berlin.

Adolf Hitler had previously given his speeches from the balcony.