Portrait of a man painted by Erich Geiringer while in hiding. 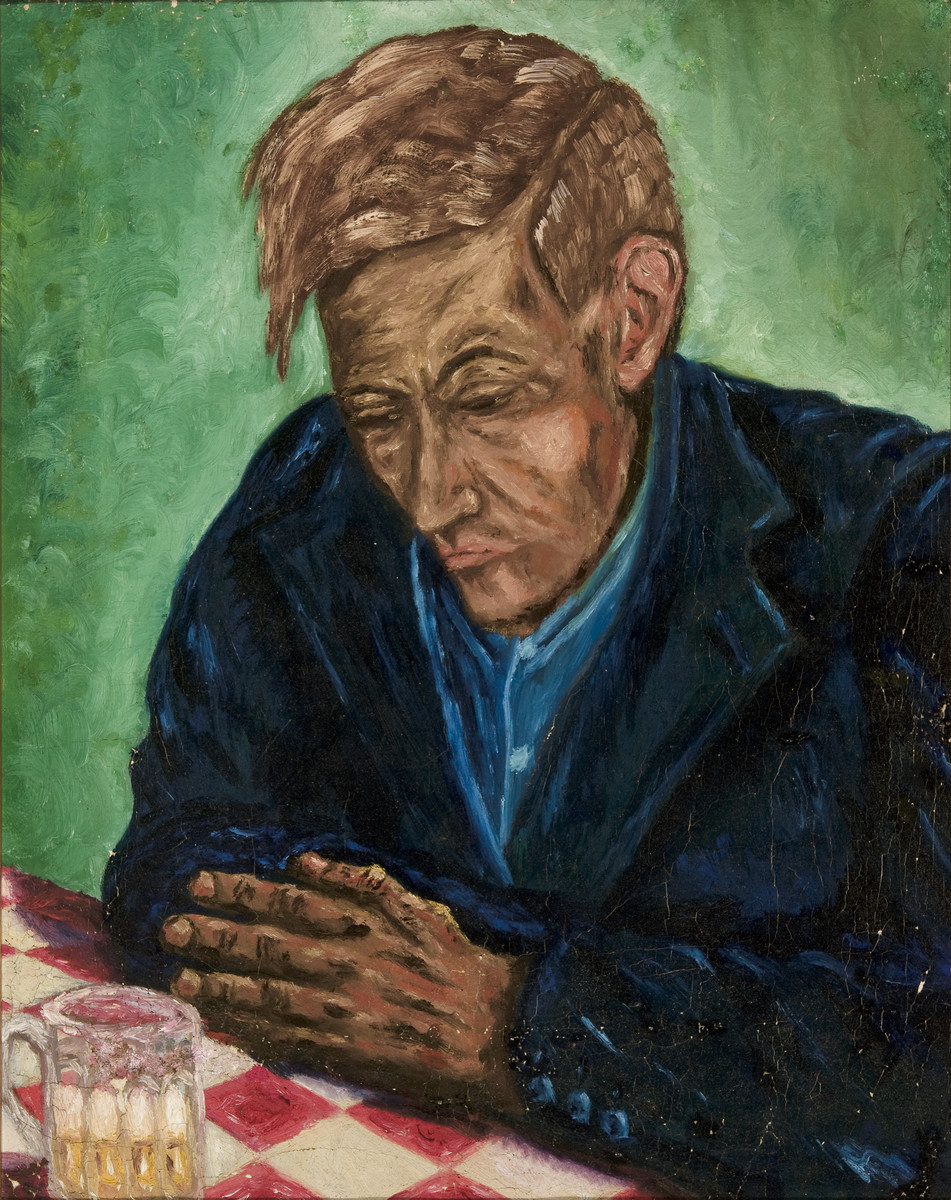 Portrait of a man painted by Erich Geiringer while in hiding.

The paintings were hidden under the floorboards of the hiding place and retrieved after the war.