Prewar photograph of the Klinger family. 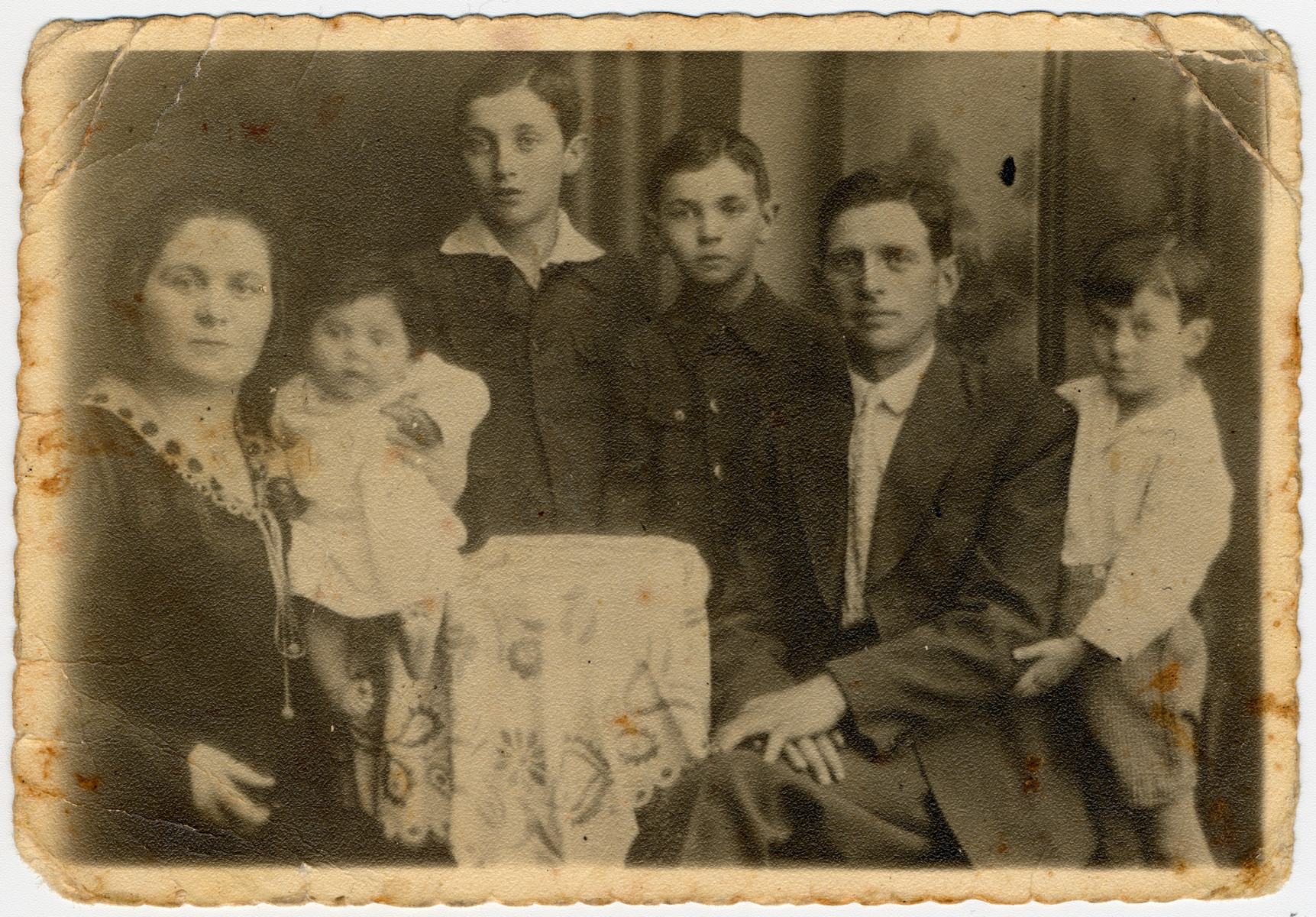 Prewar photograph of the Klinger family.

Pictured are Rozja-Laja, Bala, Josef, Dawid, Joel and Szlamek Klinger. On the reverse side of the photograph is an inscription from Dawid and Szlamek sayng they are sending this card as a memory of their family.

Biography
Shlomo (Szlamek) Klinger (the father of the donor) was the son of Joel Klinger (b. Bedzin 1897) and Rozja-Laja Lea Kalkoph Klinger (b. Zarki, 1/5/1899). Joel and Roza married in Sosnowiec and had four children: Josef (b. 2/20/1919), Dawid (now Piotrkowski, b. 4/6/1924), Szlamek (b. 2/5/1927), and Bala (b. 2/24/1931). Roza and her daughter Bella were both deported to Auschwitz where they perished. Josef had married Karola Kaiser before the war. Neither survived the Holocaust. Joel, Szlamek and David all were imprisoned in various sub-camps of Auschwitz performing forced labor. Szlamek worked for Telfunken and Krupps in the Faulbrueck, Graeditz, and Reichenbach labor camps. After the war, Joel and Szlamek were attacked by Poles. Joel was killed but Szlamek survived. After spending time in displaced persons camp in Munich, he immigrated to Australia.