Portrait of three teenage boys and a counselor in the OSE home of either Ambloy or Taverny. 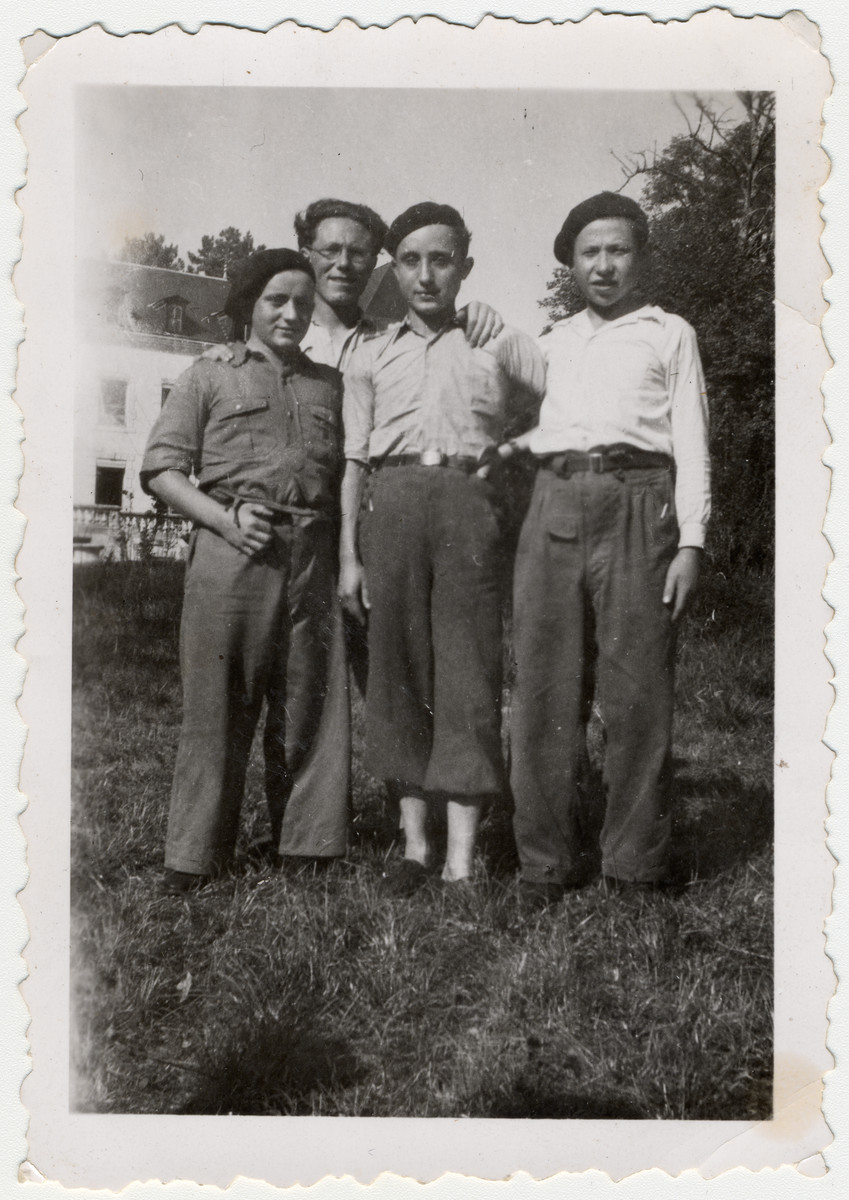 Portrait of three teenage boys and a counselor in the OSE home of either Ambloy or Taverny.

Pictured are Kalman Kalitsky and the teacher Michel Fredman.