Memorial card to the memory of German children killed in an Allied bomb attack. 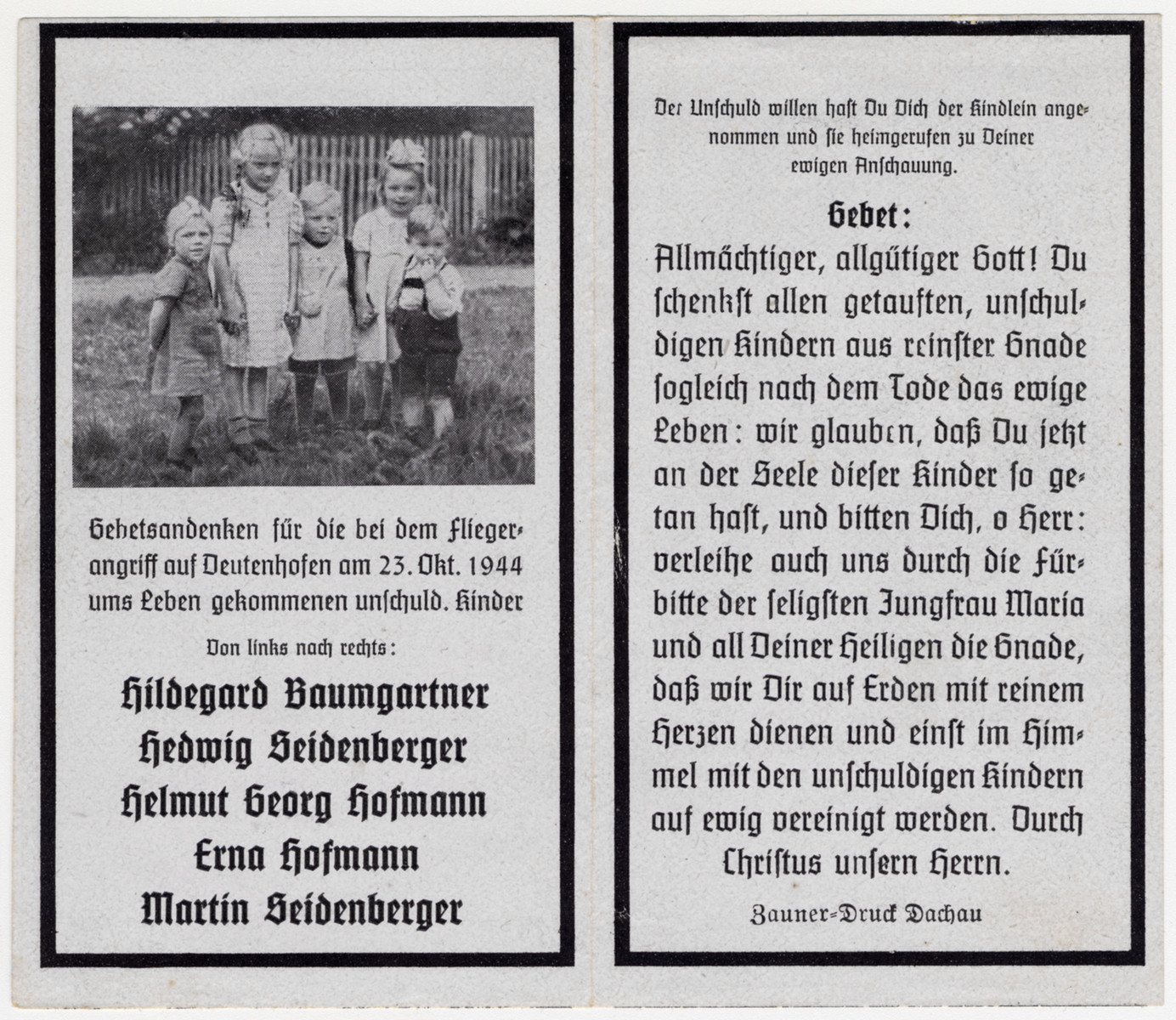 Memorial card to the memory of German children killed in an Allied bomb attack.

On the right is Martin Seidenberger, the nephew of the donor.