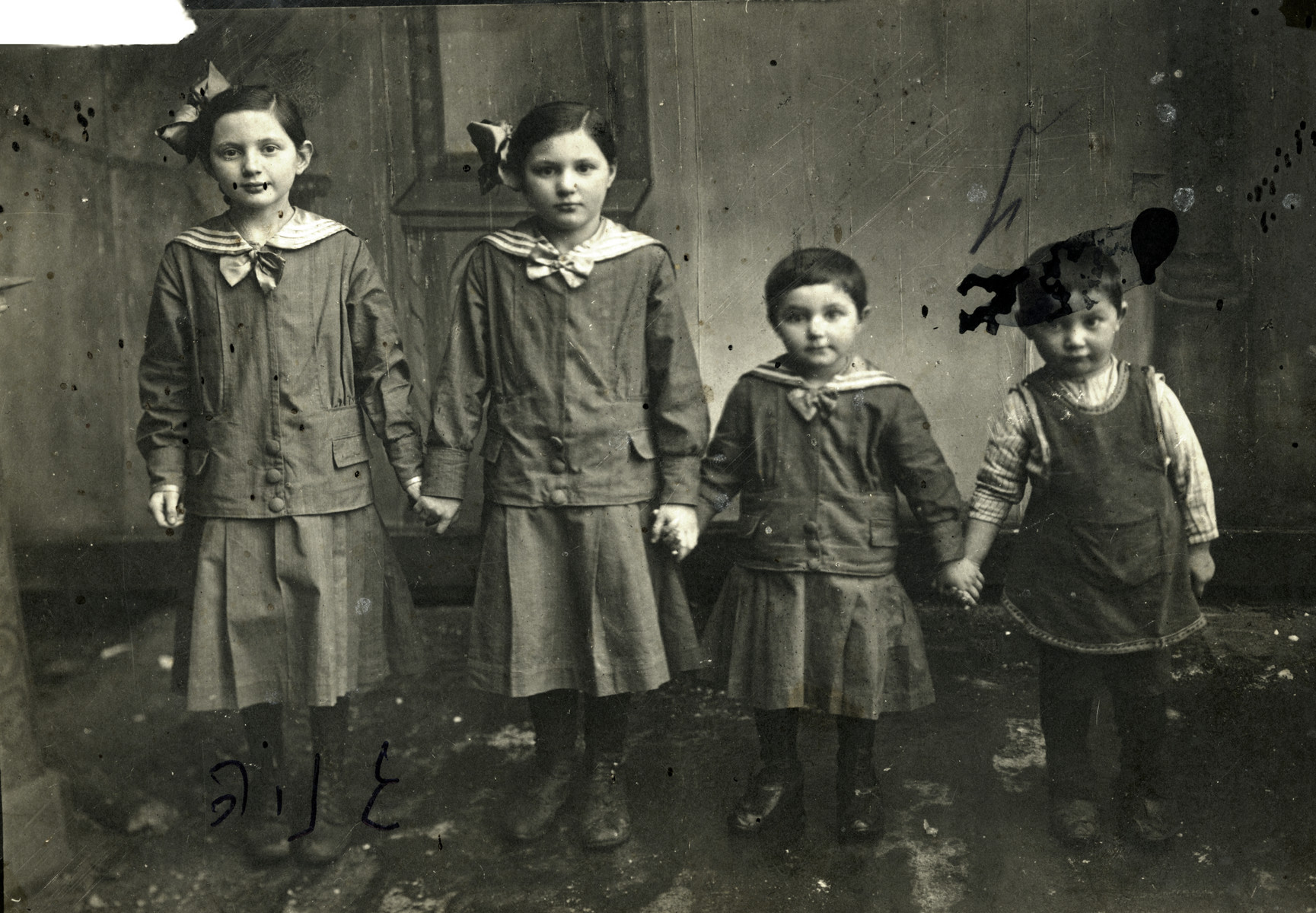 From left to right are Genya, Scheinche, Sara, and Moshe.