Gustav Schreiber (the uncle of the donor) poses with his wife and children. 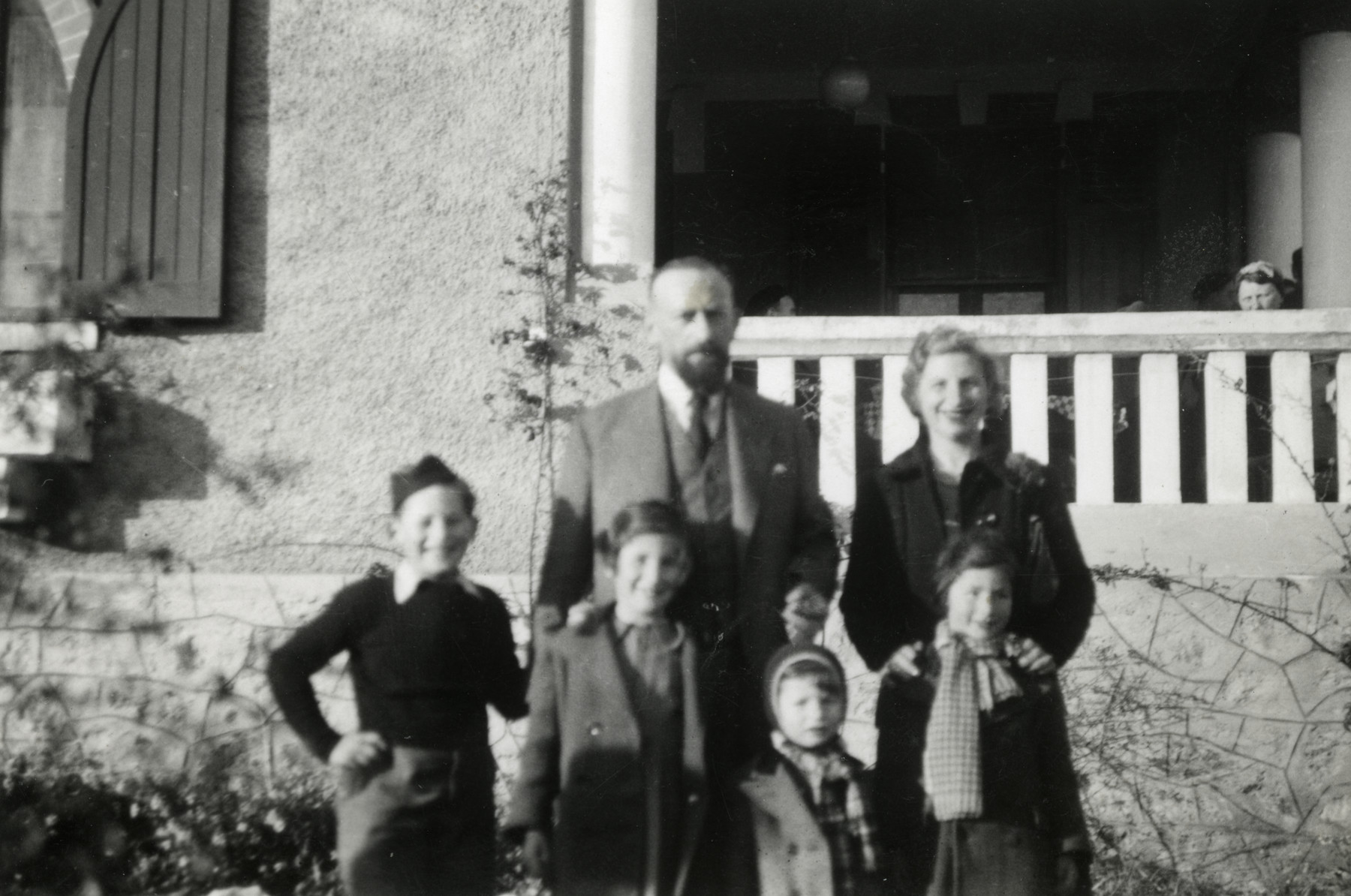 Gustav Schreiber (the uncle of the donor) poses with his wife and children.

Pictured in front are Rene, Lucie, Nicole and Henri. Behind them are Gustav and Hella Schreiber.

Biography
Joseph Schreiber is the son of Aharon Tzvi Schreiber (b. Antwerp) and Fanny (Frummet) nee Saenger (b. Frankfurt). Joseph was born on April 16, 1935 in Antwerp, Belgium. He had two brothers - Raphael (b. July 19, 1929) and Benjamin (b. June 19, 1939) and a sister Myriam (b. March 13, 1934). They were religious and spoke French at home, though Joseph's parents also spoke German and Flemish. For the first years of Joseph's life the family was very prosperous and even owned a car and chauffeur. However, Aharon Tzvi soon became quite ill and passed away in 1939 when Joseph was only four years old. The following year Germany invaded Belgium on May 10, 1940. Joseph's uncle, Gustav Schreiber, who had fled earlier with his family, returned to Antwerp to bring Joseph's family to relative safety in France. He rented a car and drove them to France. The road took them through the battleground; a British soldier stopped them and escorted them out of the range of fire. The Schreibers spent the next two years in Bandol on the southern coast of France. The children were able to attend school. On a few occasions, Fanny was arrested several times, but she always managed to escape. They suffered from hunger and often only had carrots to eat. Their lives became endangered once entered the nonoccupied zone in the winter of 1941. Fanny managed to Myriam to Switzerland with Red Cross, and she and the boys went to live in Vic Fezensac near the Spanish border. They remain there until the end of the war. Joseph could attend school but often had to hide if Germans came into town. Throughout war Fanny taught her younger boys to read, pray, and observe Jewish holidays, and she never served her children non-kosher meat. After the war, the family returned to Belgium, and Joseph later married Judith Tiefenbrunner, the daughter of the educator Jonas Tiefenbrunner.