Jewish men perform forced labor digging on the side of a road in Debrecen. 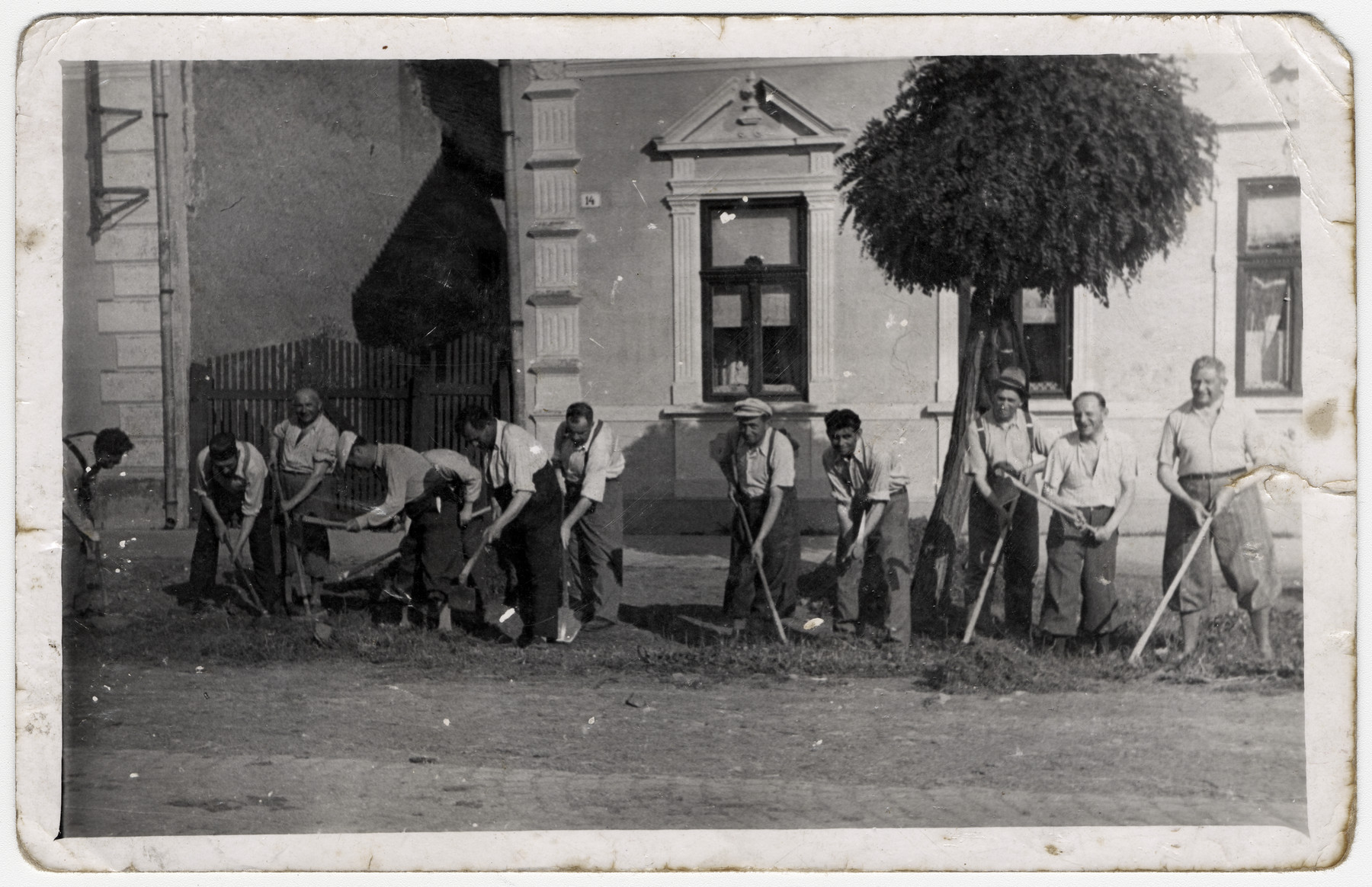 Jewish men perform forced labor digging on the side of a road in Debrecen.

Among those pictured in Mozes Loewinger.