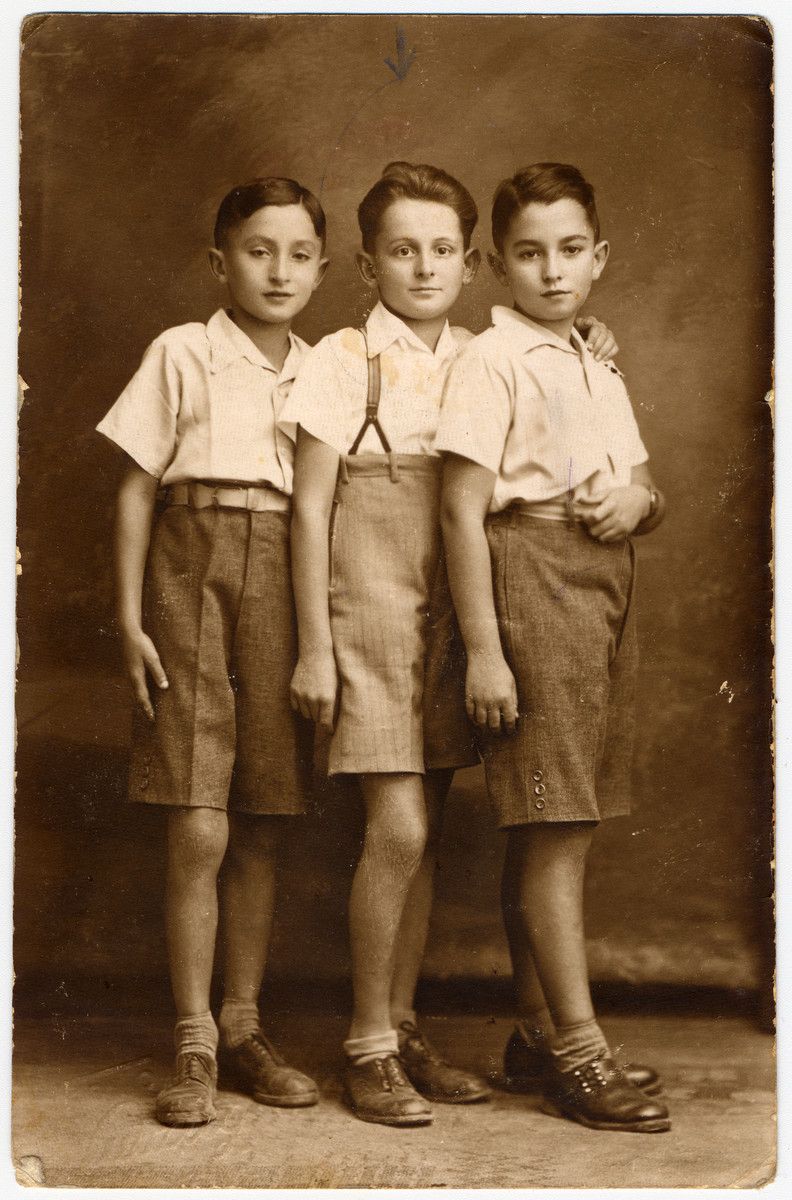 Richard Brand, the brother of the donor, is pictured in the center. He perished in Auschwitz the following year.