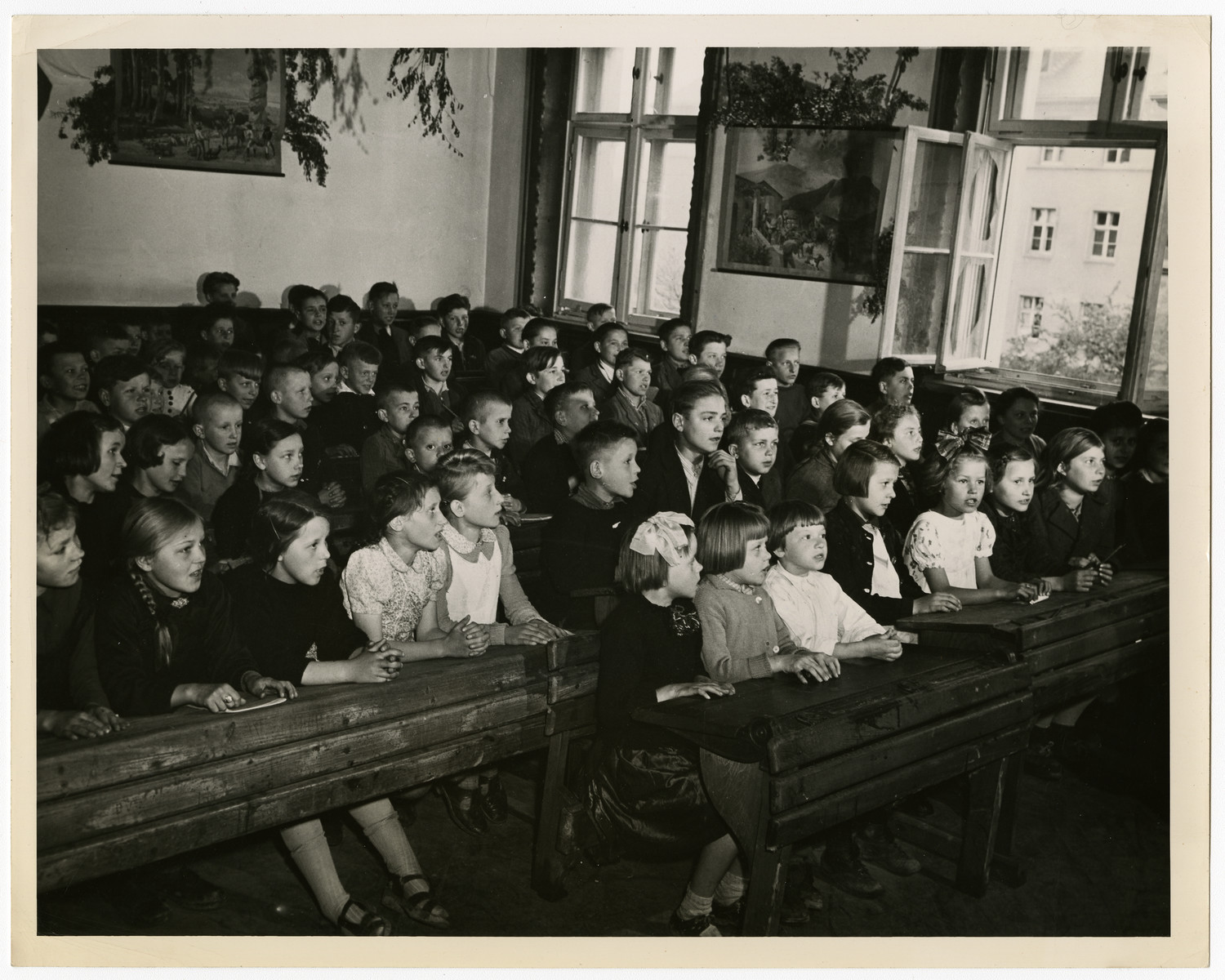 Original caption reads:
Allies Speed Repatriation of Displaced Persons Inside Germany
Liberated by the Allied armies in Germany, more than four million men, women and children, former slaves of the Nazi war machine, are free to return to their native lands as soon as repatriation machinery makes it possible. Meanwhile, these displaced persons are being gathered from the fields, factories and roadsides of Germany by Military Government authorities and placed in camps where they are registered, fed, clothed, sheltered and given medical attention.

Persons of almost a dozen nationalities, living in separate camps wherever possible, are guided along democratic lines in the operation of their communities. U.S. Army officials set up the displaced persons centers, guard the exterior of the camps and turn over the guidance problems to international teams representing the United Nations Relief and Rehabilitation Administrations. Once all the displaced persons are repatriated, UNRRA's job in Germany is finished, as it has nothing to do with Germans or military activities.

The Governments of Belgium, Holland, France and Luxembourg, have already brought thousands of their nationals home. By May 17, 1945, nearly 500,000 liberated prisoners-of-war and poltiical deportees were evacuated from German camps. The group included 604,950 Frnech, 120,140 British and 62,981 Americnas. All the Americans, 100,000 Frenchmen and 119,000 Britons were evacuated by air.

THIS PICTURE SHOWS: This is a Polish classroom established at the captured Wehrmacht post of Gniesnau Kasserno, near the east shore of the Rhine River across from Coblonz. The school was established by Lieutenent Colenol E.T. Hayes of Paducah, Kentucky, in an effort to get the childredn started towards an education. Many had spent their time playing war games, their favorite pastime being hand- grenade hunting. After finding the explosive they would toss them to each other.