Close-up photographs of Rudolf Hess, in the garden of Spandau prison. 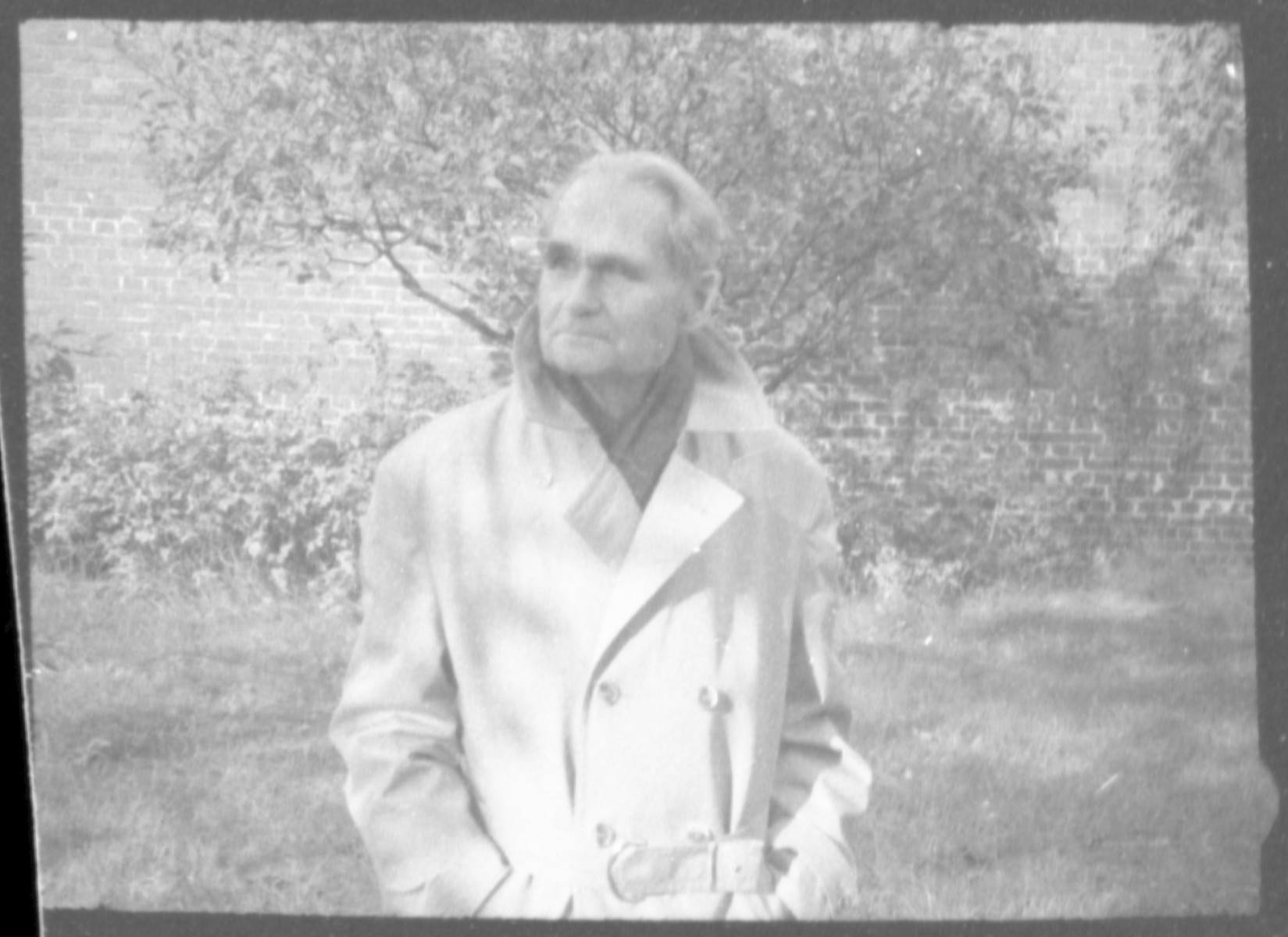 Close-up photographs of Rudolf Hess, in the garden of Spandau prison.

Event History
These pictures were taken by Colonel Eugene K. Bird in the 1960's. Larry Hostetler acquired these photographs while serving for the United States Army in Berlin, Germany. There, he worked in a G-3 for a period of time and shared a vault space with Berlin Command Historian, Bill Stivers. Stivers had possession of twenty-five Minox negatives taken of Rudolf Hess in Spandau Prison. Colonel Bird was the Warden of Spandau Prison and one of only two people who had permission to come in direct contact with Hess. The other was his "Warder", who acted as a personal servant to Hess. Various guards patrolled the prison; however, contact with Hess was strictly forbidden. Photography was also restricted in Spandau; therefore, these photographs are extremely rare and unusual. The existence of these photographs was talked about and highly speculated throughout Berlin. Colonel Bird obtained the pictures by smuggling a Minox camera into the prison and shooting one roll of black and white film of Spandau's only remaining prisoner, Hess.
Biography
Rudolf Hess (1894-1987), Deputy Leader of the Third Reich who introduced the concept of Lebensraum (living space) into National Socialist ideology. Hess joined the NSDAP in 1920 while studying political science at the University of Munich. During the course of his studies, Hess came under the influence of the geopolitical theories of Karl Haushofer, which he reconfigured into a pseudo-scientific rationale for German expansionism and introduced into Nazi doctrine. In 1923 Hess participated in the failed Beer Hall Putsch, for which he was jailed for seven months in the Landsberg prison with Hitler. During this period he helped Hitler write Mein Kampf. Not only did he take down most of the dictation for the book, he also contributed ideas to certain sections. In particular, the portions on Lebensraum, the role of the British Empire and the organization of the Nazi party bear his influence. Following his release from prison, Hess served as Hitler's personal secretary. After seven years of devoted service, Hitler appointed Hess Chairman of the Central Political Commission of the NSDAP and promoted him to the rank of SS General. Shortly afterwards on April 21, 1933, he was named Deputy Leader, a position which was largely ceremonial. Hess lacked the intelligence and independence to undertake any initiatives of his own, but he left his mark in his pursuit of an unrestrained cult of the Fuehrer. Hess' fidelity was rewarded by appointment to such high level positions as Reich Minister without Portfolio (1933), membership in the Secret Cabinet Council (1938), membership in the Ministerial Council for Reich Defense (1939), and successor designate to Hitler and Goering (1939). Over time, however, Hess was increasingly marginalized, especially due to the efforts of his subordinate and eventual successor, Martin Bormann. Hoping to redeem himself in the eyes of Hitler, Hess undertook an unauthorized one-man peace mission to Great Britain. On May 10, 1941 he secretly flew a German fighter plane to Scotland and bailed out near the home of the Duke of Hamilton. Hess hoped to convince the Duke (whom he had met at the Berlin Olympics) and through him, the British government, that Hitler had no desire to destroy Britain, a fellow Nordic Nation, but only wished to have a free hand in pursuing his policy of Lebensraum in eastern Europe. To his evident surprise, Hess was not welcomed by the British, but imprisoned as a prisoner of war, and Hitler denounced him as a lunatic. After the war Hess was brought to trial before the International Military Tribunal at Nuremberg. Though his mental condition was in doubt, he was convicted and sentenced to life in prison. The Soviets blocked all attempts for an early release. Hess finally committed suicide at Spandau prison in 1987. He was the last of the Spandau prisoners tried at Nuremberg.