Group portrait of orphans in the postwarTiefenbrunner children's home in Antwerp. 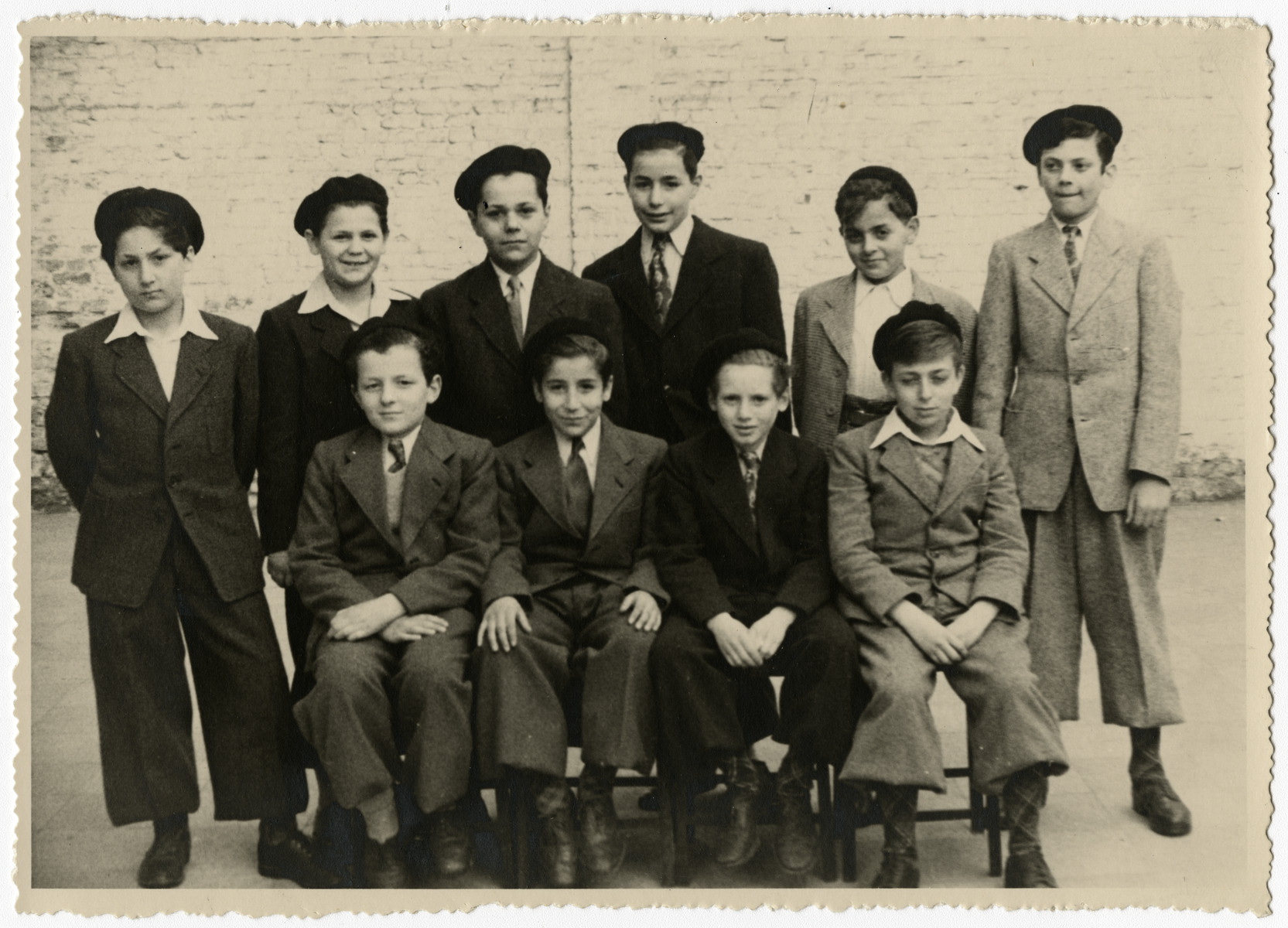 Group portrait of orphans in the postwarTiefenbrunner children's home in Antwerp.

Biography
Simon Steil is the son of Adolf Steil and Eliza nee (Meizels) Meissels Steil. Simon was born on May 4, 1938 in Antwerp Belgium. He had one older brother Mark who was born in 1929 in Lvov, Poland. In 1931 Simon's parents and brother moved to Belgium where his father worked in the diamond business. In May 1940, Germany invaded Belgium and two years later began deporting Jews to the death camps in Poland. One Friday evening, his parents were arrested. His mother was deported to Auschwitz while his father was sent to the Normandy area (Dannes-Camiers camp) to work as a conscripted worker on the concrete German defenses. During the raid, they hid Simon in a closet under the stairs with their maid. When he emerged, his parents were gone. Previously, his older brother had been arrested and deported. All of Simon's immediate family was deported to Auschwitz; none survived. After his family disappeared, the maid took Simon to a Catholic orphanage in Antwerp where he remained for few months. He then was taken to a gathering place in what might have been a factory and a few days later to Aische-en-Refail, a small castle in Perwez which was being used as an orphanage. In Belgium, initially, Jewish children under the age of fourteen were exempt from deportation. Simon enjoyed his time in the castle. He did not attend school and was free to spend his days outside. He remained there until late 1943 when all the children suddenly needed to go into hiding after being forewarned of the intention of the Germans to liquidate all such orphanages. The mayor of Perwez found hiding places for approximately a dozen children in the town. Bertha and Jules Henrard, the town's grocer, agreed to hide Simon. Their grocery was next door to the butcher shop so they always had enough to eat. However Simon could only stay inside or in the back yard. Simon remained with the Henrards for four years and became very attached to them. Perwez was liberated on September 9, 1944 and for the first time Simon could go outside, play with other children and attend school. However four months later, Germany reoccupied the town following the Battle of the Bulge, and Simon needed to return to hiding for another few weeks until the Allies reliberated the area. Simon remained with the Henrard family after the end of the war, but sometime between 1946 and 1948 workers for HIAS came searching for Jewish children. They took Simon to an Orthodox children's home in Antwerp run by Jonas Tiefenbrunner. At first Simon had trouble adjusting. Not only had he suddenly left the Henrard's who had become his new parents, but he also had to abide by all Jewish traditions and laws which were totally alien to him. However, he made friends at the orphanage and continued his education. The orphanage also rewarded the children by taking them on excursions throughout Belgium. Some distant relatives found Simon and came to visit him almost every weekend. They also told Simon's maternal aunt and uncle in New York, Hyman and Molly Eisig, that he was alive. The Eisigs brought Simon to America in May 1950 on board the SS Volendam, a Dutch ship.