Hans Malbin stands next to the memorial to his brother-in-law Dr. Elkhanan Elkes, which he helped erect in the Jewish cemetery of Landsberg. 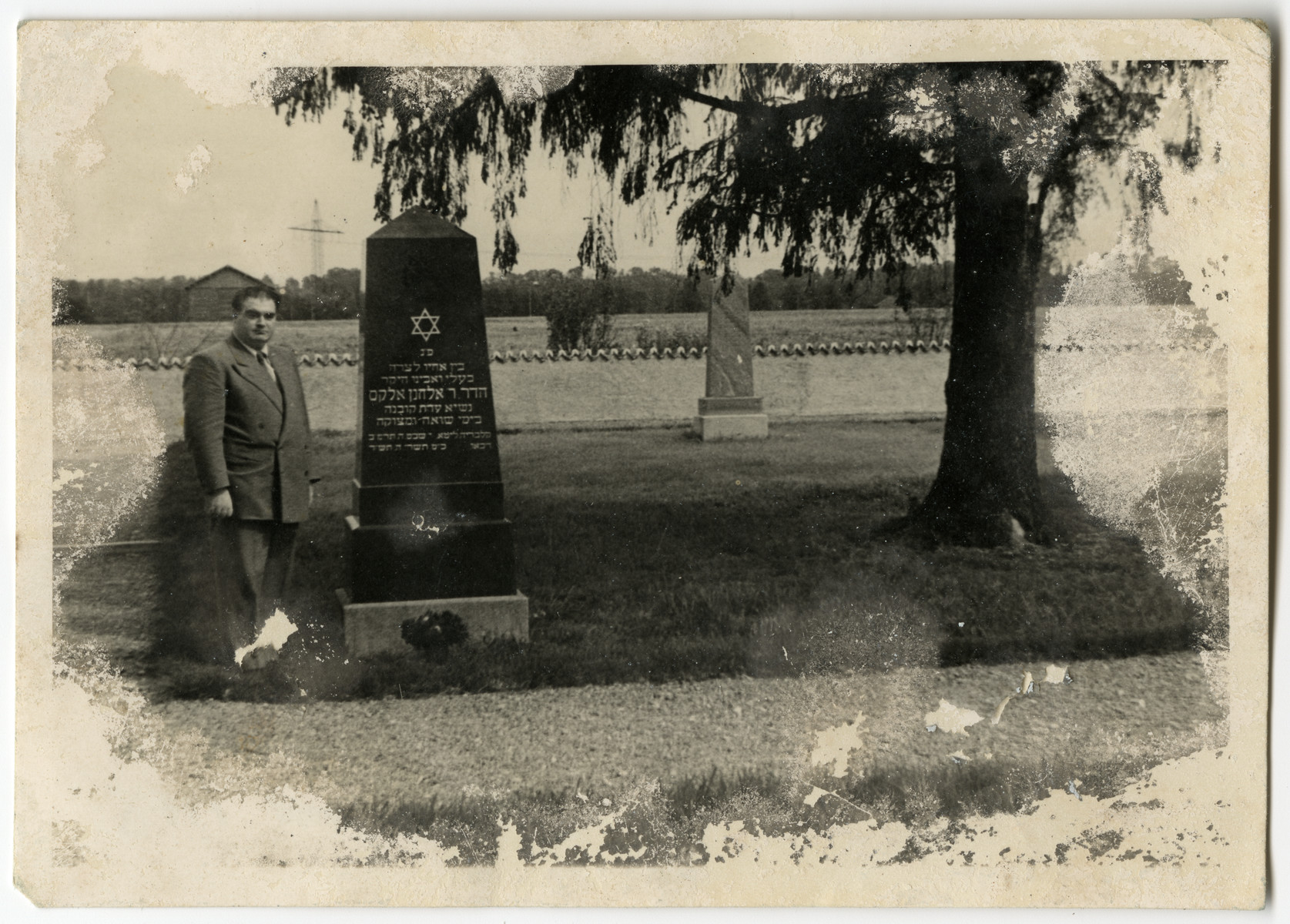 Hans Malbin stands next to the memorial to his brother-in-law Dr. Elkhanan Elkes, which he helped erect in the Jewish cemetery of Landsberg.

The text reads "Here rests among his Brethren in Sorrow our Dear Husband and Father, Dr. Elkhanan Elkes, Head of the Community of Kovno in Times of Peril and Mortal Danger."