American Jewish soldier Jack Postman relaxes outside in a lounge chair in front of a sign that reads: "Souvenirs: Hitler, Goering and Bohrman walked over all these rocks. Help yourself!" 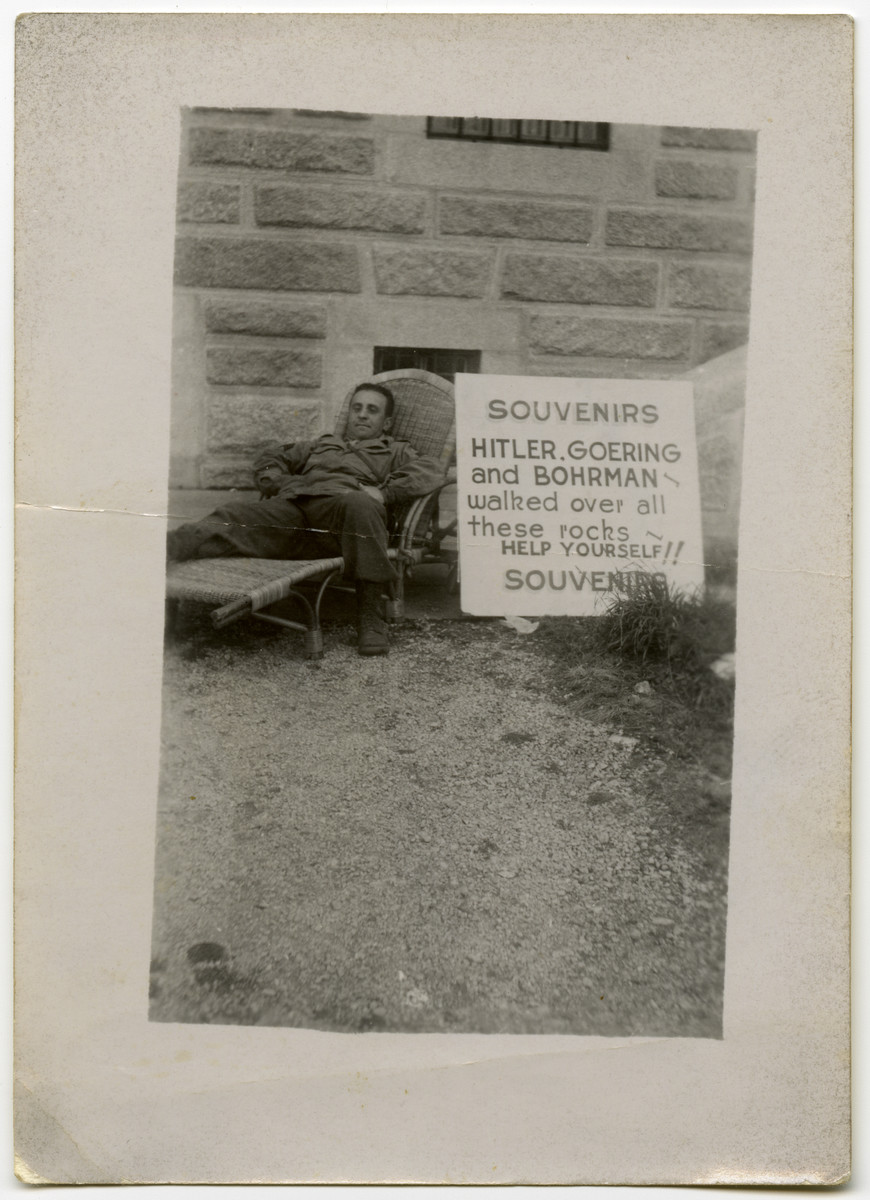 American Jewish soldier Jack Postman relaxes outside in a lounge chair in front of a sign that reads: "Souvenirs: Hitler, Goering and Bohrman walked over all these rocks. Help yourself!"

Biography
Stanley Feder is the nephew of Jacob (Jack) Postman (b. Feb. 10, 1915) in Vienna. Jacob Postman began law school while still in Vienna. Jacob had an uncle in Brooklyn who helped him emigrate shortly after the Anschluss. Rather than continue his legal training, Jacob Postman became an accountant after arriving in the United States. He married Francis Lischinsky (the sister of the donor's mother). Postman's sister Tina (later Klemper) escaped Vienna and came to Shanghai via the Soviet Union. During the war, Jack Postman worked as a translator with the U.S. Army since he was fluent in German, Italian, French and English. He also assisted with war crime trials.