Group portrait of Belgian prisoners of war in Stalag XC in Nienburg-Weser. 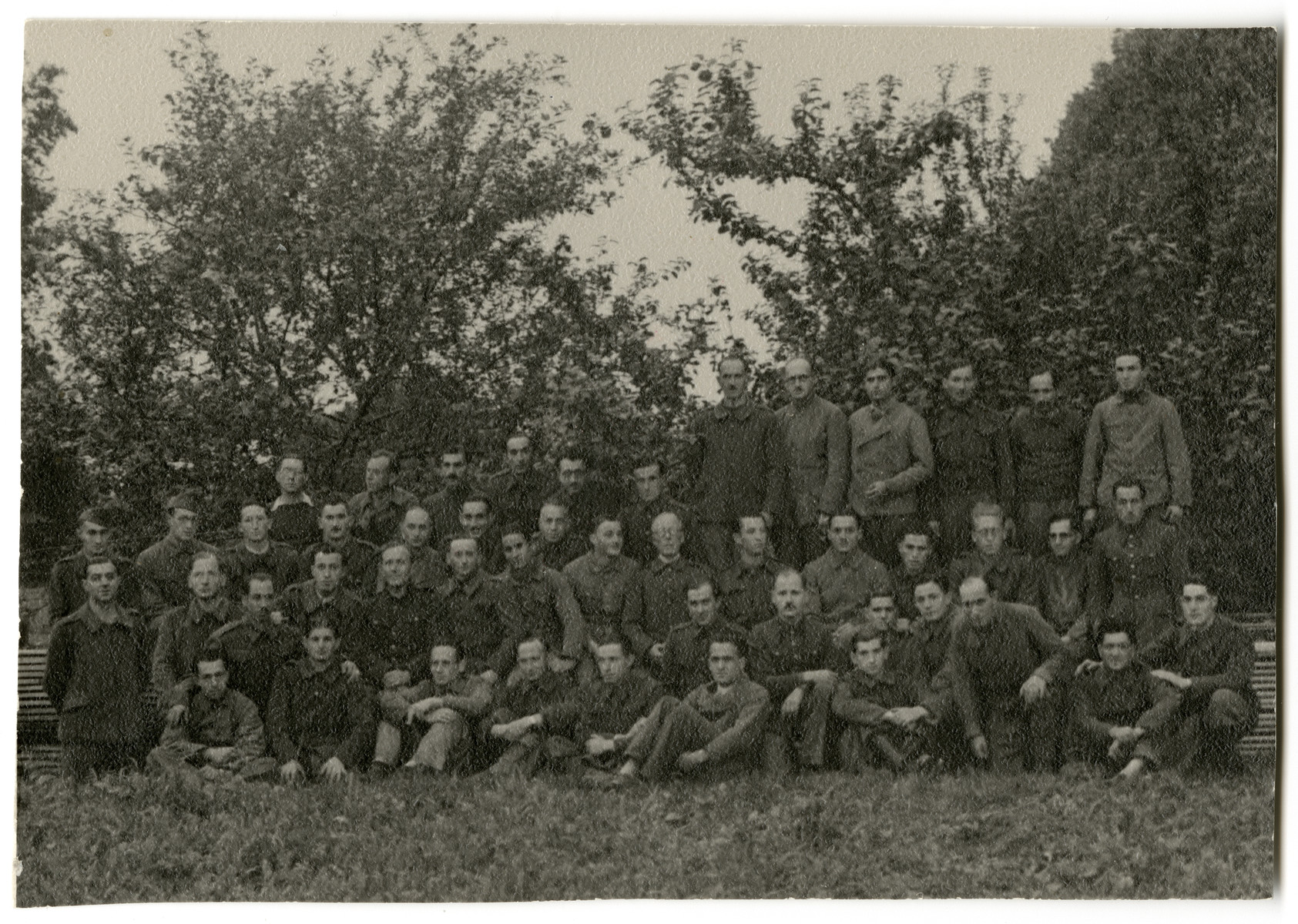 Group portrait of Belgian prisoners of war in Stalag XC in Nienburg-Weser.

Among those pictured are two Jewish POWS, Jean-Pierre Mayer-Astruc and his friend Alexis Goldschmidt. Also pictured is Leopold Guttmann, top row, fifth from the left.