Portrait of Tomasz (Thomas) Wilinski with his daughter Helena in Kolno, Poland. 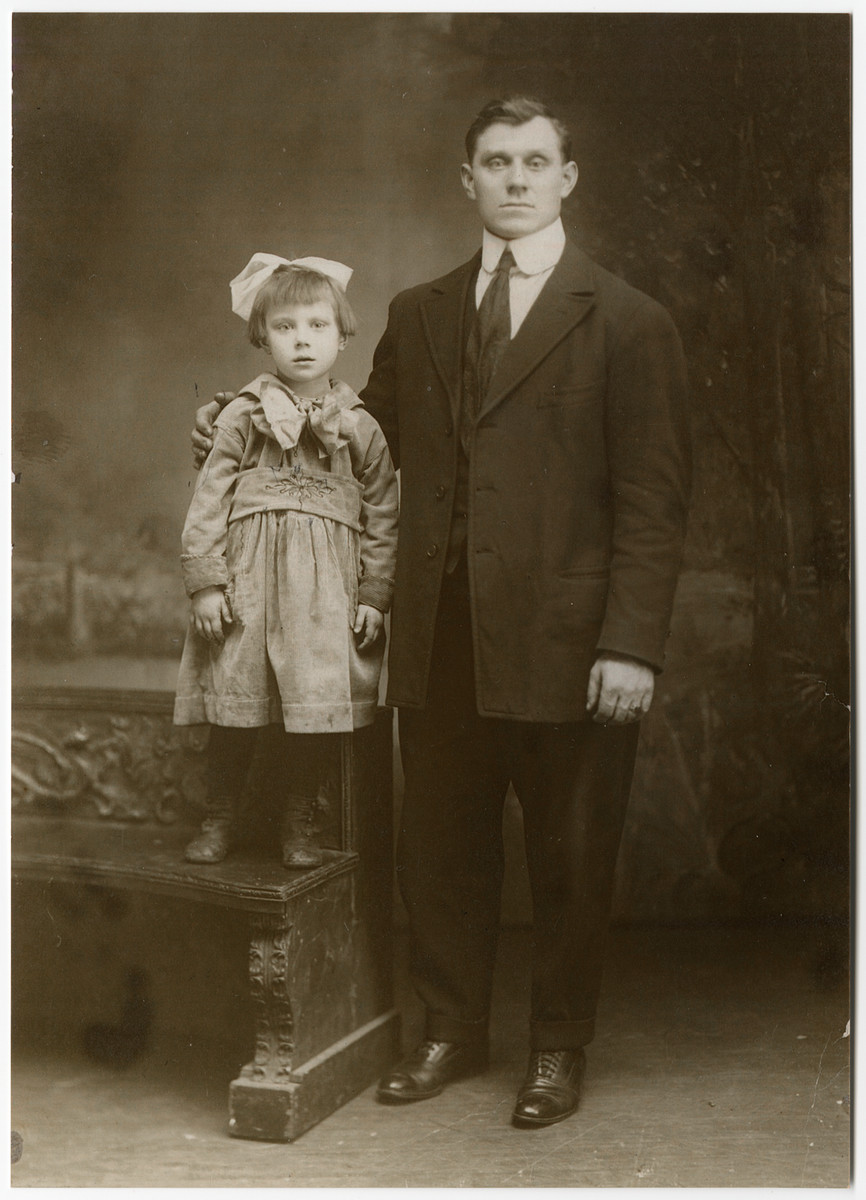 Portrait of Tomasz (Thomas) Wilinski with his daughter Helena in Kolno, Poland.

Biography
Tomasz Wilinski was born in Kolno, Poland, in 1888, at a time when it was part of Russia. According to records of the local Roman Catholic Church, his ancestors had lived there since at least 1830. A great-grandfather, Hilary, born in 1785, is among his many ancestors buried at Kolno Cemetery.

In 1905, to avoid service in the Russian army and its war with Japan, he immigrated to the United States, arriving initially at Ellis Island. Shortly thereafter, he moved to Charleroi, Pennsylvania, where his brother lived, and where he would work as a glass factory worker. In 1908, at the age of twenty, he traveled to what was then the Polish part of the Russian empire, then returned back to the U.S. in 1909. Census records for 1910 show him living again in the Charleroi area, employed as a glass works laborer. In June 1915, he married a recent Polish immigrant, Zofia (later Sophia or Sophie) Smiglewska, in Harrison, New Jersey. The first of their two daughters, Helena, was born on April 7, 1916 in Bayonne, New Jersey.

The following year, Tomasz, while living in a small apartment on Bayonne's Broadway, registered for the military draft, which was required by law after the United States entered World War I. As a munitions worker at the Internation Nickel Company plant, he was able to claim an exemption. In 1918, the couple had a second daughter, Czeslawa. In November of the same year, a few days after the end of the war, Zofia died of influenza, at the age of 22. She was buried in an unmarked grave in a cemetery near Newark.

Census records for 1920 list Tomasz and his daughters as living with relatives in a Harrison, New Jersey apartment, while employed as a laborer at the Newark-based Celluloid Company. State Department records indicate that he also lived in Pittsburgh, Pennsylvania; Detroit, Michigan; and in Trenton, New Jersey; and to have worked in a blast factory, a copper factory, and as a crane operator, though the exact dates of these residences and occupations are unknown.

Tomasz soon made plans to return again to Europe. On May 26, 1921, he secured a Polish passport from the Polish Consulate General in New York City. That year, he and his two daughters, Helena and Czeslawa, boarded a ship in Brooklyn to travel back to Kolno, which had become part of the reconstituted nation of Poland. They took up residence at Ulica Gorna 9, and Tomasz developed a business as a wholesale meat distributor.

In November of 1936, Helena, after dating Tomasz Kozlik, gave birth to a son, Wlodzimierz. Tomasz Kozlik declined to marry Helena, so Wlodzmierz was given the surname of Wilinski. Helena returned to America on June 14, 1937. She left her infant son Wlodzimierz behind in Kolno, where he would stay with his maternal grandfather, Tomasz Wilinski.

Her sister also returned before the war, and they both found employment at a Roman Catholic Church in West New York, New Jersey. Shortly before leaving Poland, Czeslawa married Aleksander Banach, who stayed in Poland and became a member of the resistance. Helena later married an American soldier, Luther Martin Conrad, in 1940, in the same church where she and her sister were employed.

During the war, in July 1942, Tomasz Wilinski married again, to Dominika Baldyga, a widow with a young daughter. Under the Nazi occuaption, Dominika reported Tomasz to the Gestapo for killing a pig. In early 1943, he was arrested as a political prisoner with the charge of black market activity, and was taken to Stutthof. He died there on September 3, 1944. His grandson Wlodzimerz can still recall the night his grandfather was taken away in the middle of the night by the Nazis. Dominika was later killed as a collaborator.

After WWII, Czeslawa returned to Kolno in 1947 to reunite with her husband, Aleksander, and start a family. About a dozen years later, they left Poland with their four young children, to start life a new in the United States of the 1960s. After his grandfather was taken by the Nazis, Wlodzimierz grew up with relatives in Kolno, ultimately being cared for by his Aunt Czeslawa and Uncle Alex. In 1956, he was drafted into the army of the Polish People's Republic, serving for two years as a driver. In 1960, the Polish government allowed him to leave for the United States and he saw his mother, now Helen Conrad, for the first time in 23 years, as well as his half-brother, Dennis Conrad.

Helena died in 2004, at the age of 88. She is buried alongside her husband, a 30-year Air Force veteran, at Arlington National Cemetery. Her sister, Czeslawa (Charlotte), died in 2010, at age 92, nearly a half-century after her husband, who died of a heart attack soon after beginning work in America as a baker. She and her husband are buried in New Jersey.