Group portrait of the Galicki and Kolman families in the Ulm displaced persons camp. 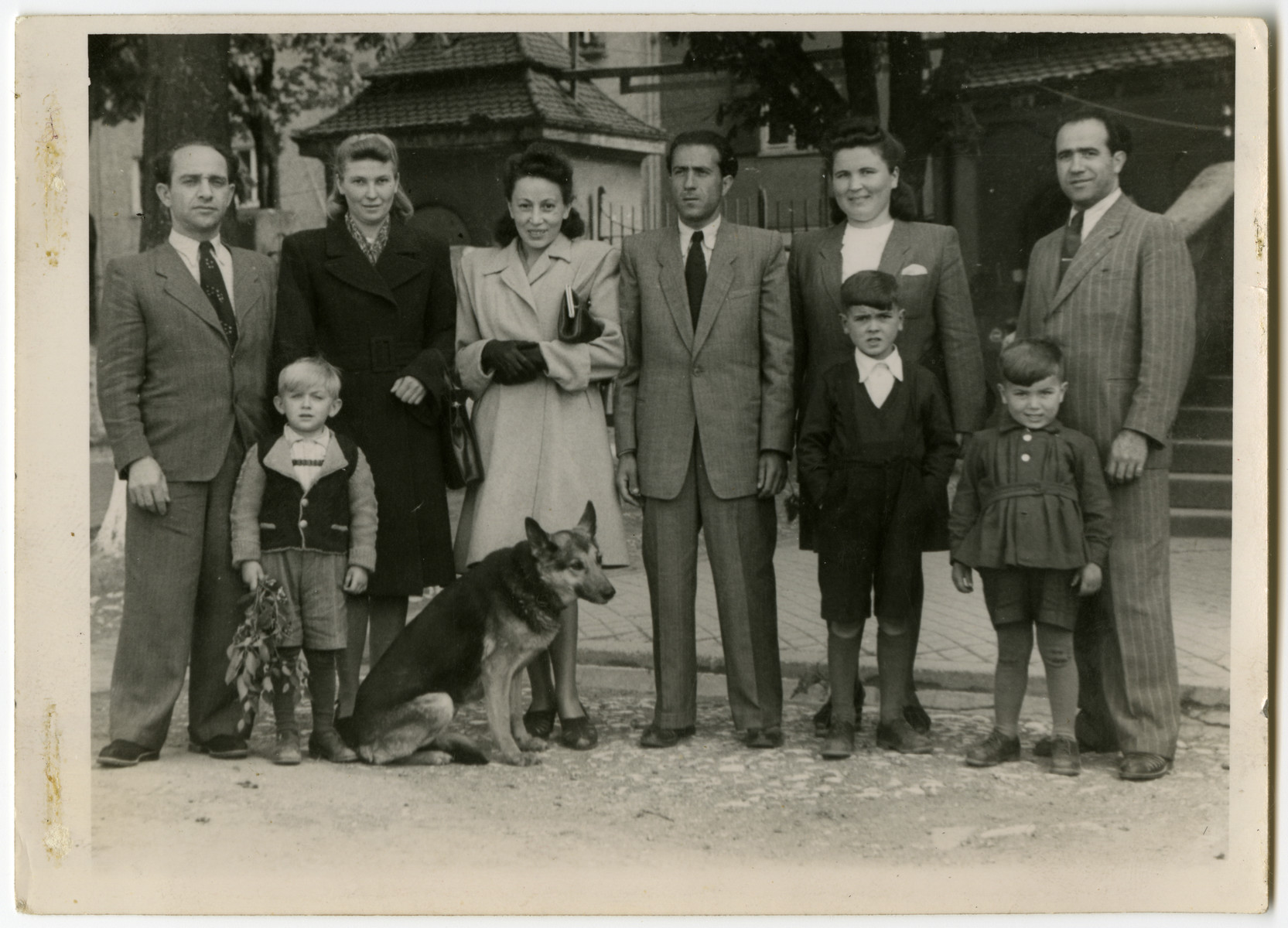 Group portrait of the Galicki and Kolman families in the Ulm displaced persons camp.

Vera Kolman was from Uzbekistan and Mayer was from Poland. They later immigrated to Sao Paulo, Brazil.

Biography
Adam Gell is the grandson of Noel Galicki. Noel Galicki was born on March 25, 1912 in Siedlc, Poland. He was married to Henja Abramovna Galitzky, born 1916. Noel had served in the Polish army and was captured. After his release, he and Henja stayed in the Soviet half of Poland. On June 19, 1940 Soviet officials deported them from Brest Litovsk to Komi, ASSR in northern Russia. Noel's two brothers Ben and Abraham also came to the Soviet Union. Ben spent three years in a Soviet prison, and Abraham and his wife Malka lived near Noel. Henja died during childbirth on March 30, 1941; her infant daughter Paja lived one month and died on April 27. Noel remained with his brother and his family and worked in the woods chopping timber in the summer and in a Kolkhoz in the winter. In 1943 he met a young Russian Orthodox widow, Lydia Senkina Turubanov. She was born June 27, 1920 in the village of Mezhador, about one hour south of Syktyvkas. Lydia had been married to a Russian soldier named Nikolai Turubanov who died in the battle of Moscow on February 8, 1942. She had a son with him named Albert. In 1943 Lydia and Noel married and together had another son named Paul. In 1946, Noel, Lydia, Paul and Albert left Szytyvkas for Glodtz Poland. From there the Bricha smuggled them into Germany where they went to the Ulm displaced persons camp. They remained there from 1946 to 1949 and then transferred to the Foehrenwald displaced persons camp where they lived for the next two years. They enrolled in ORT vocational classes, and Noel learned how to make shoes. In January 1951 they sailed from Bremerhaven to New York aboard the BB Balou. Both Noel and Lydia worked in the garment trade. Paul later became an architect and Albert worked on Wall Street.