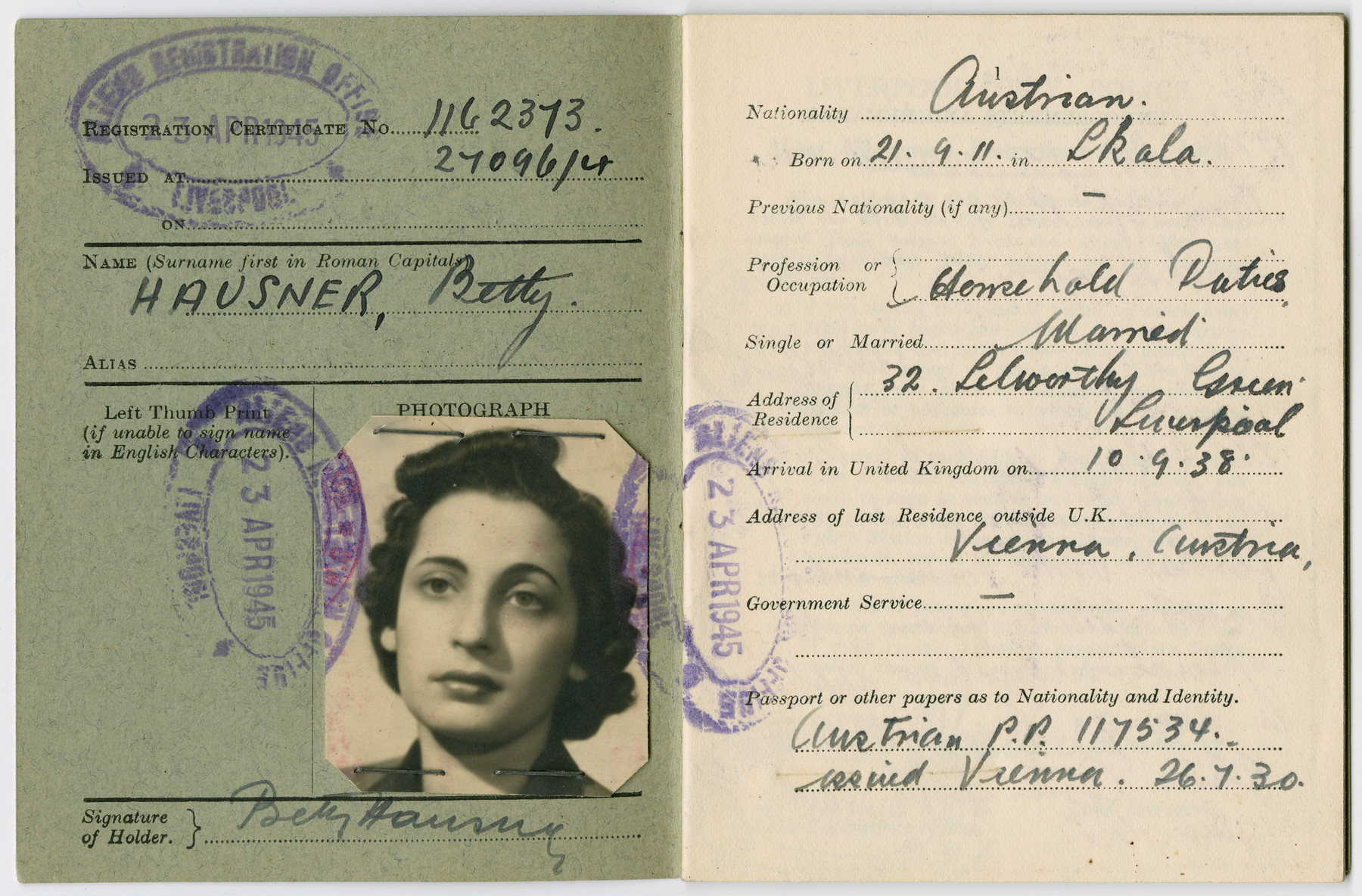 The front of the card states that "You must produce this certificate if required to do so by any Police Officer or member of His Majesty's forces acting in the course of his duty."

Biography
Tony Hausner is the son of Franz and Betty Hausner, both from Vienna. Franz Hausner was born in 1915 and Bette (later Betty) nee Heimann was born in 1911. On March 12, 1938, Germany annexed Austria, in the Anschluss. Soon afterwards, Franz immigrated to England, and Bette also fled later that year. The two had met in Vienna but became friendly after settling in London. They married in 1939. Franz opened a small textile factory in Wales, but after the start of World War II, the British government classified them as enemy aliens. In 1940 they were sent to internment camps on the Isle of Man with other German and Austrian refugees, both Jewish and non-Jewish. They were housed in separate camps for men and women. During their year on the Isle, the two corresponded regularly. After his release Franz worked as an aircraft engine inspector for the British Air Force. Their son Tony was born in Liverpool in 1942, and his sister Kay was born in Scotland in 1947. In 1950, the family moved to the United States.