Photograph of an elementary school class in the Schlachtensee displaced persons camp. 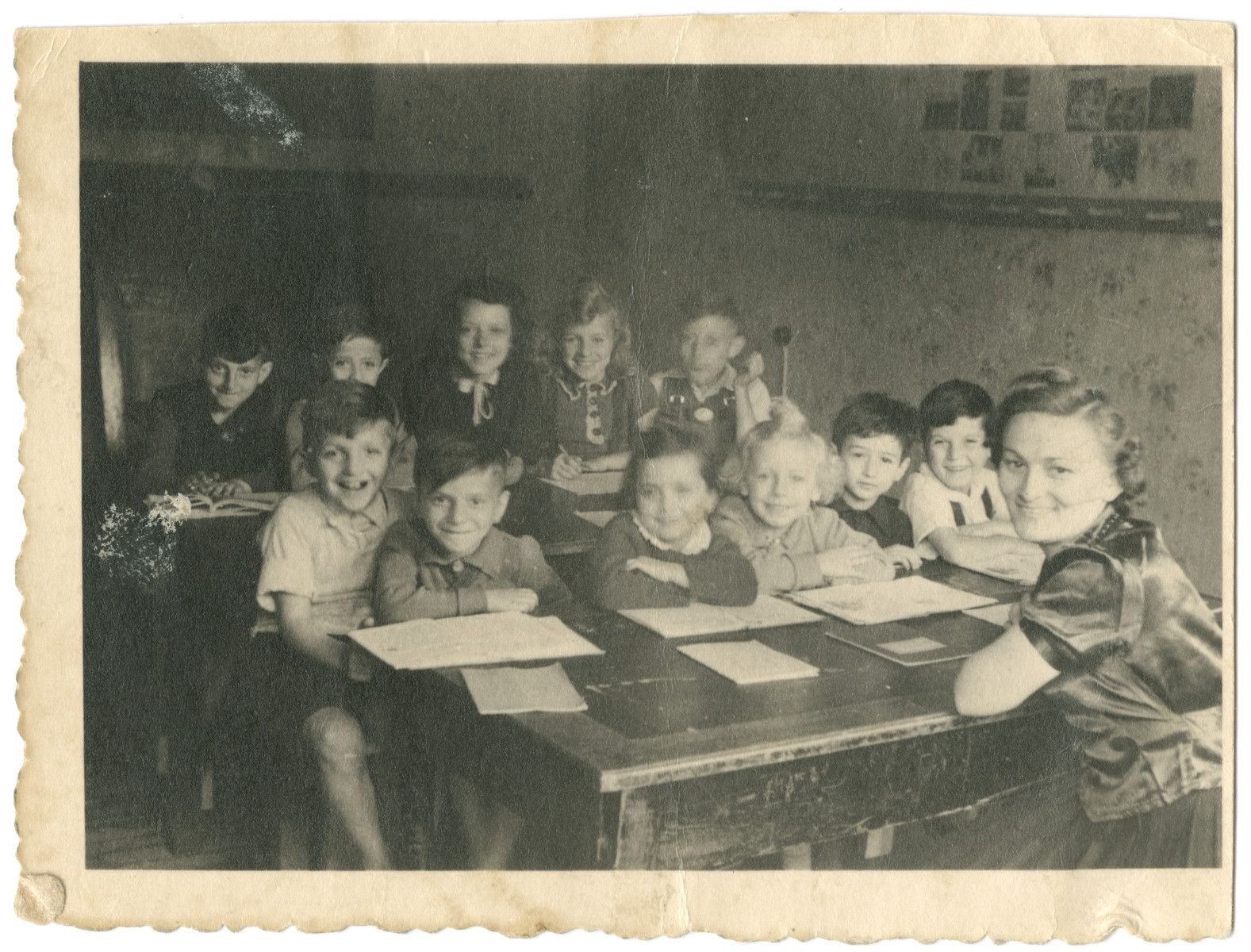 Photograph of an elementary school class in the Schlachtensee displaced persons camp.

Among the children is Benny Rubinstein.