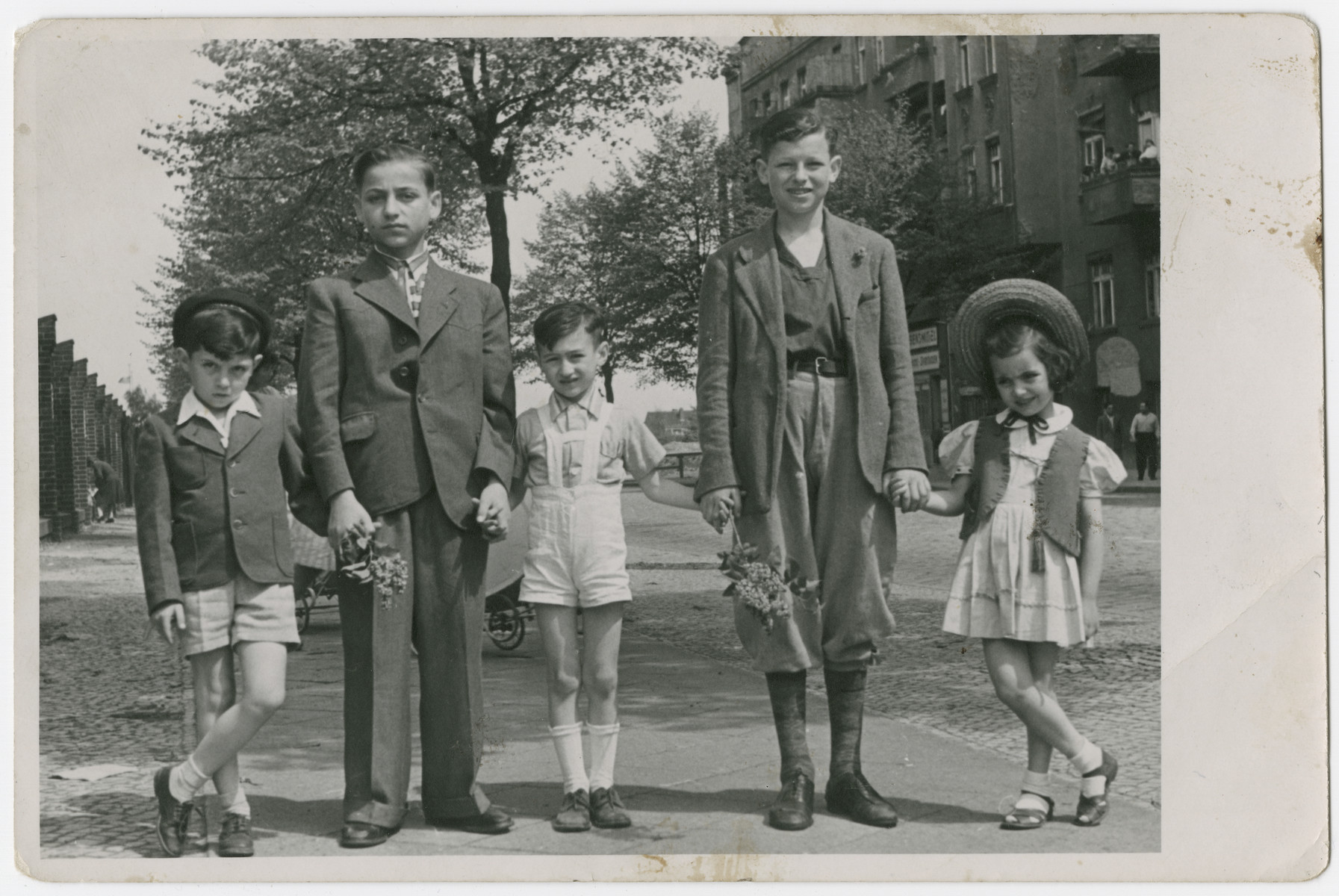 Nathan Rubinstein is pictured second from the right. His brother Benny is next to him in the center.