A large gathering of Belgian Jews gathers for a program for the Jewish Brigade. 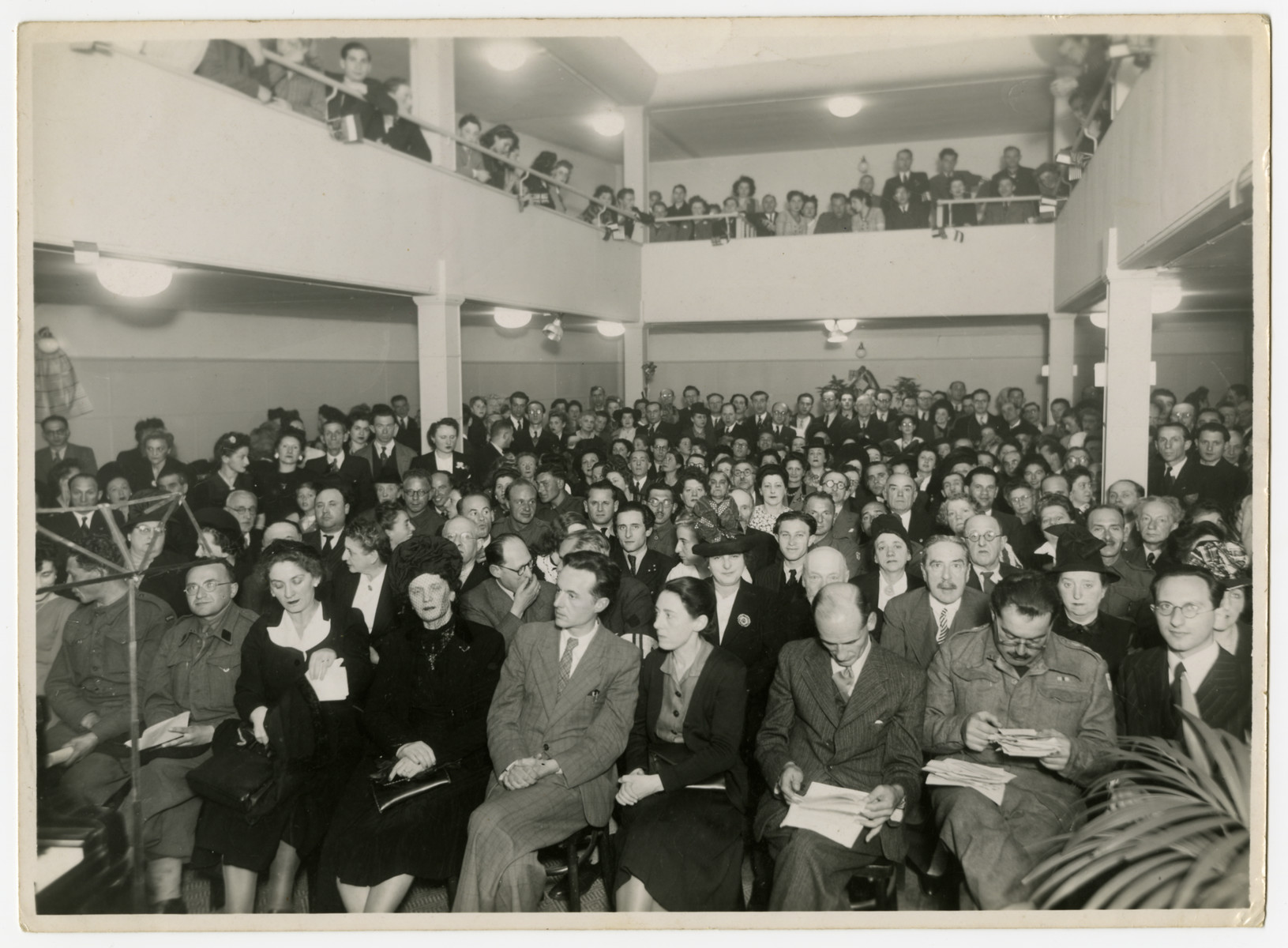 A large gathering of Belgian Jews gathers for a program for the Jewish Brigade.

Chaim Perelman is pictured in the front row, right.