Four young Zionists gather on the deck on the "Polonia" en route to Palestine. 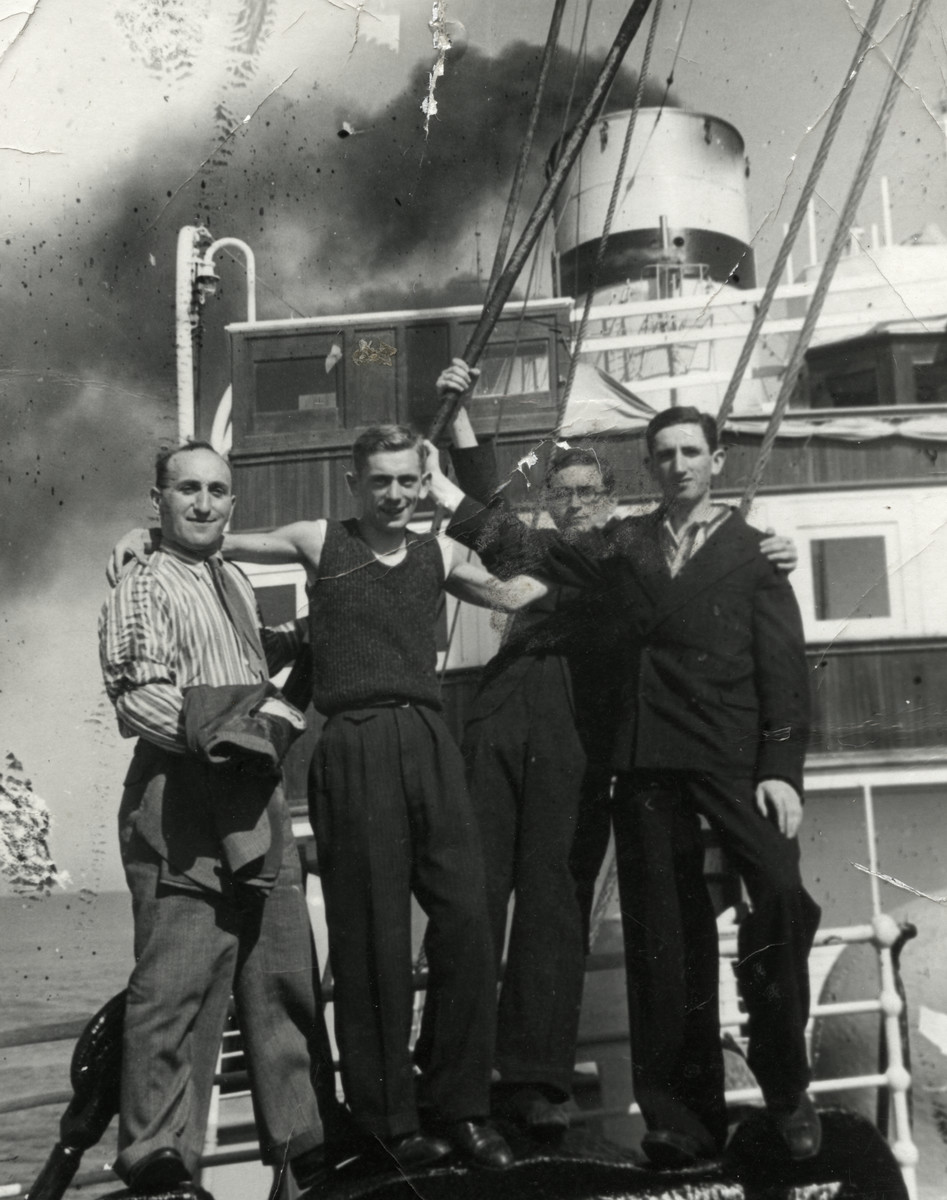 Four young Zionists gather on the deck on the "Polonia" en route to Palestine.

Chaim Leichter is pictured second from the left. Zacharya Osharowski is standing on the far right.