Moshe Adam poses for a photograph in Denver after his arrival in the United States. 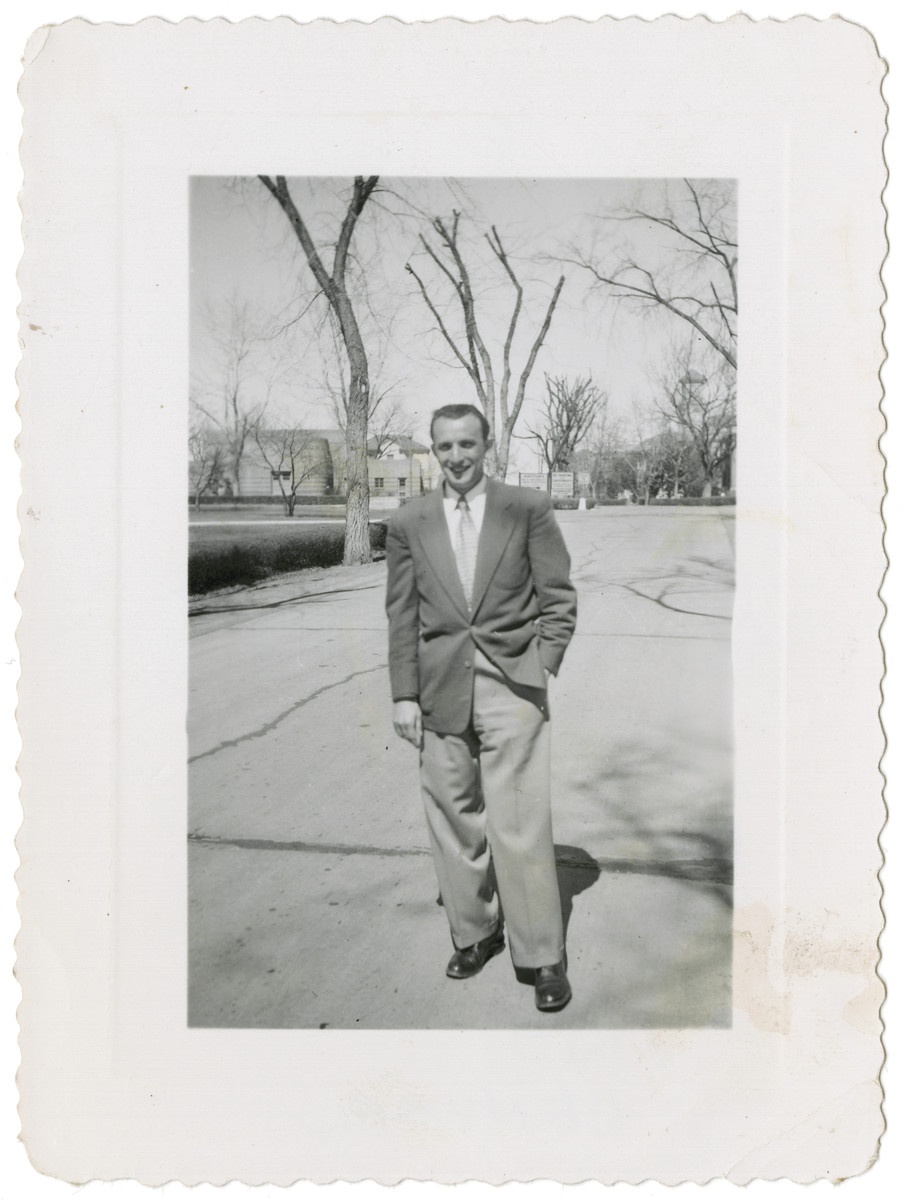 Moshe Adam poses for a photograph in Denver after his arrival in the United States.

Biography
Moshe Adam (later Maury Adams) was born in 1919 to Don and Ita Adam in Przemysl, Poland. Moshe was the 7th of the couple's 8 children, several of whom had emigrated from Poland prior to the war. The family also had extended relatives in the United States and both Don and Ita Adam had lived and worked in the US before returning to raise their younger children in Przemysl. Following the German invasion of the Soviet Union, the Jewish community of Przemysl, previously under Russian occupation, faced new strictures under Nazi rule, including the seizure of property and valuables. Jewish residents were also forced to vacate their homes and were crowded in to a closed ghetto with other Jews who had been displaced from the surrounding area. At its height the Przemysl ghetto housed more than 20,000 inhabitants. By late July 1942 rumors spread of the impending deportation of the Jewish community. Moshe, who worked outside the ghetto on a forced labor battalion, became aware of the impending danger and attempted to warn his parents and siblings. In the course of this round-up Don and Kaila were killed in a mass shooting that took place in the Jewish cemetery. Ita and her daughter Fraidel, as well as her grandchild, were deported to Belzec where they perished.

Moshe survived the July 1942 roundups in Przemysl. However, he was later deported and went on to be transfered to various forced labor camps throughout German-occupied Poland, including Plaszow and Starahowice. On July 30, 1944 Moshe was deported to Auschwitz where he spent six months before being sent on a forced death march from Auschwitz to Mauthausen in advance of the arrival of Soviet forces. Moshe Adam was liberated at Ebensee in May 1945. He later immigrated to the United States.