Four delegates to the 22nd Zionist Congress walk down a street in Basel. 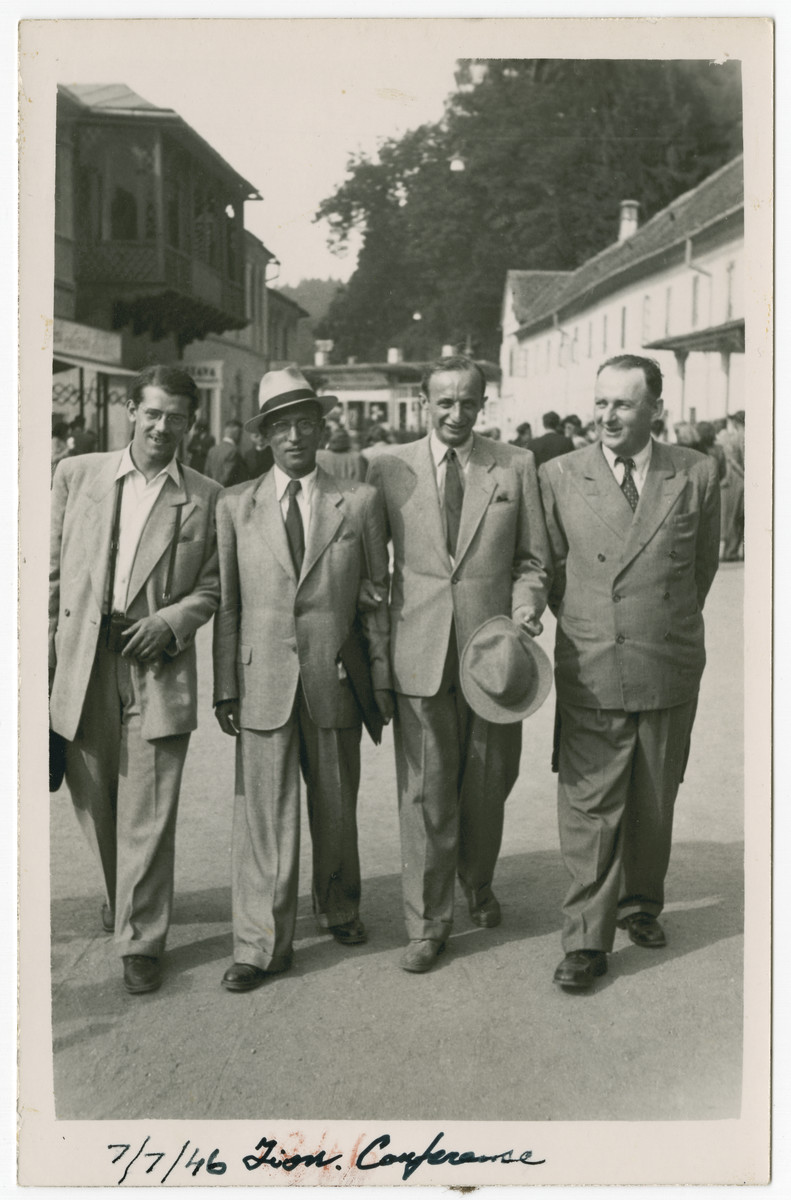 Four delegates to the 22nd Zionist Congress walk down a street in Basel.

Rabbi Samuel Freilich is pictured second from the left.