Stamped passport page for Fritz and Heiner Vendig issued prior to their sailing on the MS St. Louis. 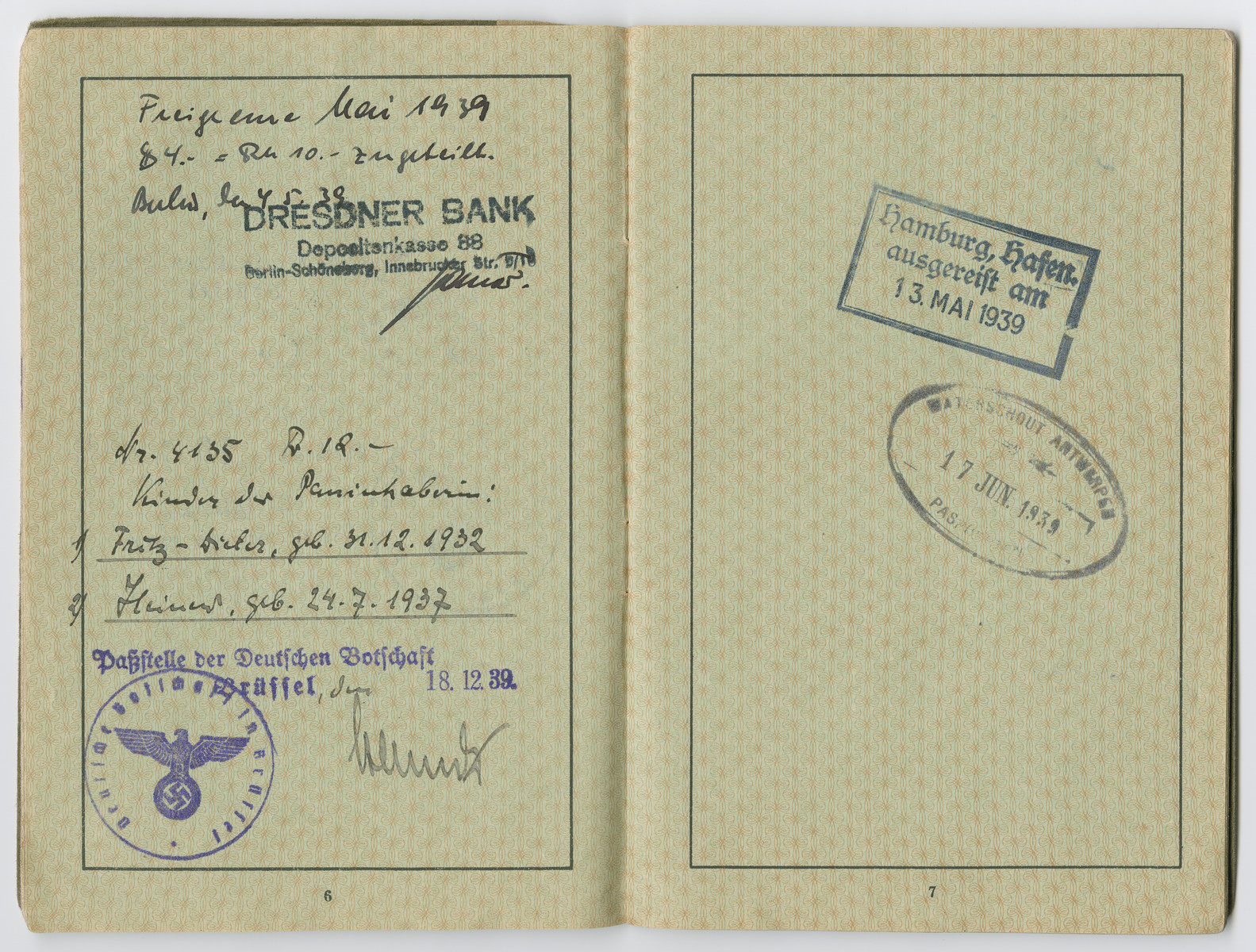 Stamped passport page for Fritz and Heiner Vendig issued prior to their sailing on the MS St. Louis.

Biography
Fritz Dieter Vendig is the son of Ernst and Charlotte Vendig. He was born in 1932 in Kaiserslautern, Germany, where his family owned a men's clothing store. He had one brother, Heiner (b. 1937). After the business was Aryanized by the Nazis, the family moved to Berlin. Fritz' father was arrested on Kristallnacht. After his release, the family decided to immigrate to the United States where Charlotte's brother and sister lived. They booked passage on the MS St. Louis and shipped all their furniture and household goods to New York. The members of the family that boarded the St. Louis were Ernst, Charlotte, Fritz, Heiner and Ernst's mother, Paulina Vendig. The very next day, the port of Hamburg was closed to Jewish goods. After the St. Louis was forced to return to Europe, Ernst became a member of the passenger committee. The family disembarked in Belgium, and Ernst was immediately arrested as an enemy alien. After Germany invaded Belgium, Ernst was deported to southern France and interned in the camps of St. Cyprien, Gurs, Les Milles and Aubagne from March 1940 through 1942. Charlotte moved the rest of the family to Provence to be near Ernst. Eventually all the family was interned in Rivesaltes. Charlottes's sister, who lived in Switzerland, managed to get the family to Zurich by disguising herself as a Red Cross worker and obtaining false passports for the family. They immigrated to the United States in 1946.