Genia Josefsberg leans out a window. 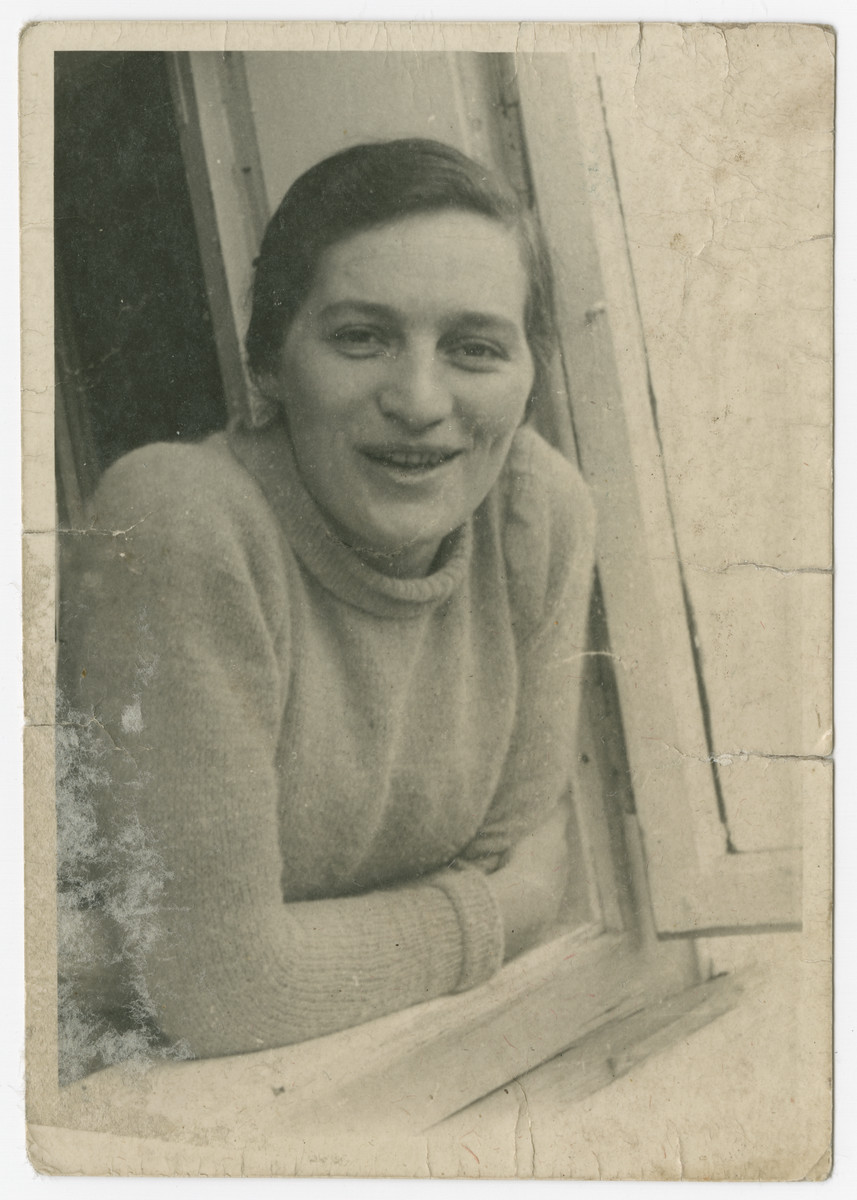 Genia Josefsberg leans out a window.

Biography
Stefan Burg is the son of Szymon Burg, born June 24, 1907 and Eugenia Josefsberg Burg, born May 8, 1914. Szymon Burg was the son of Osias Burg and Miriam Mirl Rozenzweig Burg; he was the youngest of five brothers and had five sisters. Moshe, b. 1890 was killed in 1917 while serving in the Austrian Army. Samuel, born on November 29, 1887 was married to Jetta Itka Ruth Burg - the couple lived in the nearby town of Drohobycz and had two children: Wiktor and Blanka. Josef Burg was born on May 2, 1900. Klara Burg, b. 1898; Chaja Burg, b. 1897 and Hela Burg Engelhardt. Szymon Burg was a petroleum technician and a manager of "Gazoliniarnia" - an oil and gasoline distillation plant in Boryslaw, Poland. Eugenia (Genia) Josefsberg, was the daughter of Helena Wurzberg Josefsberg; her father died before the war; Genia had two sisters: Laura Lorka Josefsberg Wagner, b. 1906 and Zofia Josefsberg. Genia and Szymon became engaged in 1934 and married in 1940.

On July 1, 1941 the German 17th Army occupied Boryslaw and the anti-Jewish repressions started right away. Local Ukrainians organized a pogrom in which 350 Jews were murdered. The first Aktion was conducted by the Germans in November 1941. During this Aktion 700-800 old and sick Jews were taken by the Schupo and Ukrainian Auxiliary Police to Tustanovitse and executed. During the August 1942 Aktion, 5,000 Jews were sent to the Belzec death camp and murdered on arrival. During this Aktion, the manager of the "Karpathen Oel" Berthold Beitz saved 250 Jews, many of them children, claiming that they were needed workers. Szymon Burg worked for the "Karpathen Oel" as a gasoline surveyor supervising production quality; his wife, Genia, worked there as a laboratory technician. 1,760 Jews worked in the oil industry in Boryslaw and were issued armbands with letter "A" as needed workers (Arbeitsjuden). The Boryslaw ghetto was established in October 1942 with almost 5,000 Jews imprisoned in it. In subsequent Aktionen some 3,500 Jews were deported to the Belzec death camp and the remaining 1,470 Jews were issued "R" armbands (Ruestungsarbeiter) armament worker.

In April 1943, just before the final destruction of the Boryslaw Jews, Engineer Wilhelm Tepper approached Szymon Burg and explained his plan of escape and survival. Since Szymon knew many local Poles, Teper chose him to join his escape. Wilhelm Tepper, Szymon and Genia Burg; Josef and Pepa Burg and Genia's sister, Lorka Josefsberg Wagner, escaped to a forest where under the directions of Tepper they dug out a large hiding place. They had a small heating oven, which they used sparingly for fear of the smoke disclosing their location to the local Ukrainians. Szymon Burg was in charge of buying food from his Polish contacts: Tadeusz Klimkowski, Wlodzimierz Raciborowski and the Piecuch family supplied food, soap and medication. Szymon met them in different places, not disclosing the location of the hideout. Szymon exchanged money and valuables for food and other goods. Tadeusz Klimkowski had contacts with the AK (Home Army) and made sure that the hiding Jews were not bothered by them. Szymon met his contacts as rarely as he possibly could, and even though the Red Army liberated the area on August 7, 1944, the six hiding Jews stayed in the forest till the end of August, not knowing that they were free to come out. In 1945 the Burg family left Borislav and settled in Gliwice, Poland. Their son Stefan was born there in 1946. In 1968 he left Poland for Sweden.

Szymon's sister Klara was deported to the Belzec death camp; his sister Chaja was murdered during the November 1942 Aktion in Boryslaw. Samuel and Itka Burg, who lived in Drohobycz, were murdered in mass execution in Bronica, on June 21, 1943. Their two children: Wiktor, b. 1930 and Blanka Burg escaped from the Drohobycz train station and fled to Warsaw. They both survived. Genia's sister, Zofia Rozenkranz was able to escape in 1942 to the nearby Skole, where Russian Orthodox priest hid her till the liberation.