Rudolf Hoess, among other war criminals, is being transported to Poland for trial. 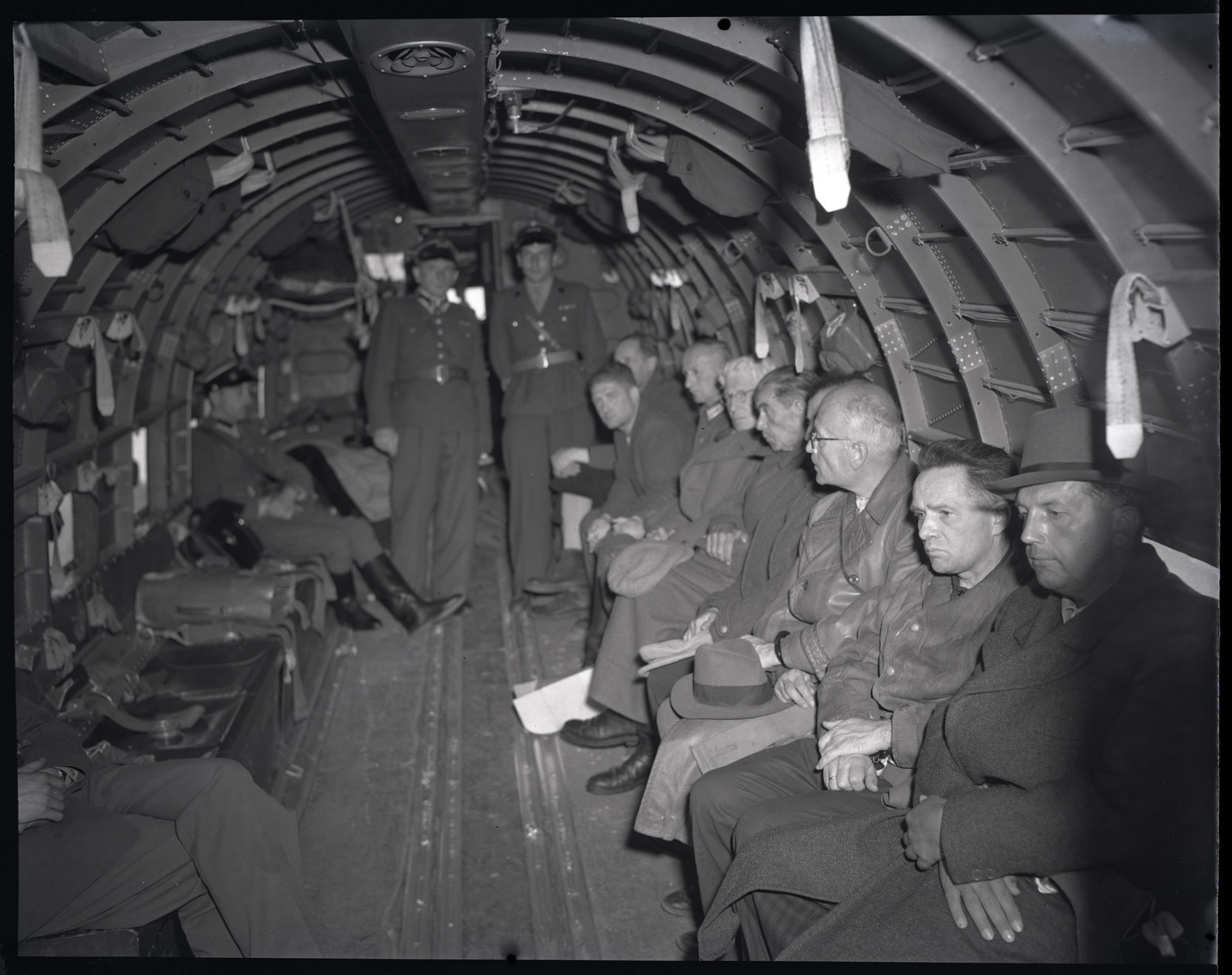 Rudolf Hoess, among other war criminals, is being transported to Poland for trial.

Also picutred in the right rear is Josef Buehler, deputy governor of the General Government.

Biography
Rudolf Franz Hoess (1900-1947), Commandant of the Auschwitz extermination camp from 1940 to 1943, became a member of the NSDAP between 1922 to 1923, but was arrested with Martin Bormann for the murder of Walther Kadow soon after joining. He was released from prison in 1928 as part of a general amnesty, and remained active in the party. In 1934, Heinrich Himmler recruited Hoess into the SS, and gave him the position of block and mustering chief in the Dachau concentration camp. He was transferred to Sachsenhausen in 1938 and promoted to SS-Hauptsturmfuehrer. On May 1, 1940, he became commandant of Auschwitz, which he gradually built into the largest extermination camp in Europe. Hoess introduced Zyklon-B to gas inmates because he considered it more humane than random shooting and beating. He was relieved of duty in 1943 to work in the Economic-Administration Main Office overseeing concentration camps under SS-Obergruppenfuehrer Richard Gluecks, but he returned to Auschwitz in 1944 to oversee the extermination of four hundred thousand Hungarian Jews. He became Glueck's deputy in 1945, but he was captured by the British on March 11, 1946, using the name Franz Lang. Somewhere over one million people, primarily Jews, were murdered at Auschwitz, but during the Nuremberg trials, Hoess testified that two million people were killed there. Hoess was extradited to Poland and condemned to death on April 2, 1947, but while in prison, he wrote his memoirs in which he recalled his childhood lessons on obedience, and claimed gassings were reassuring to him because the victims supposedly sufferred less than if they had been shot. He was hanged on April 16, 1947, in front of his villa in Auschwitz.
Sources: Encyc. of Third Reich (Snyder), pp. 166-167; Encyc. of Third Reich (Zentner) 1:444 (photo included)