Original cation reads: Baldur von Schirach, once head of the "Hitler Jugend", (Hitler Youth Movement) on the stand in his own defense before the International Military Tribunal trials, in Nuremberg, Germany. 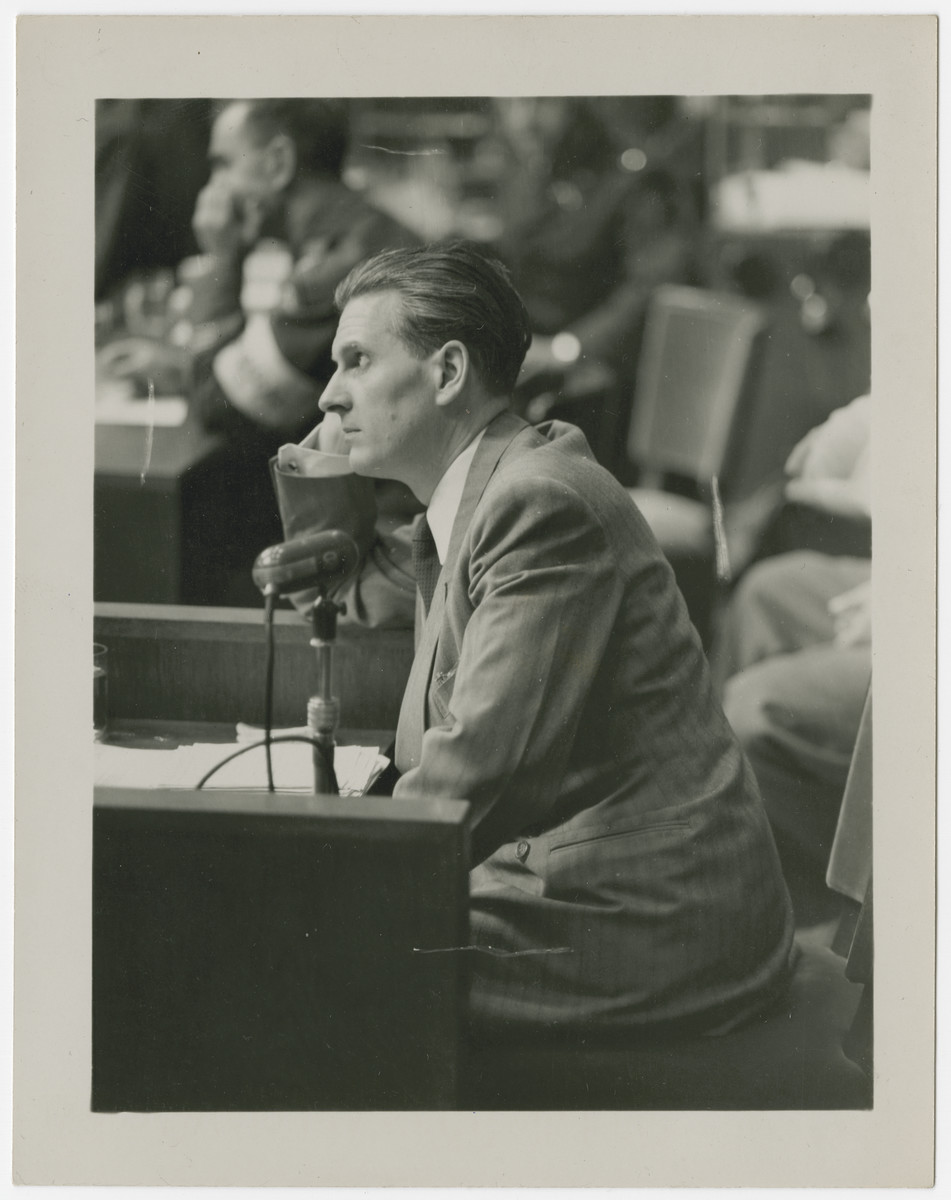 Original cation reads: Baldur von Schirach, once head of the "Hitler Jugend", (Hitler Youth Movement) on the stand in his own defense before the International Military Tribunal trials, in Nuremberg, Germany.

https://www.ushmm.org/wlc/en/article.php?ModuleId=10007069.
Biography
Eddie Mills Murphy (the photographer) served as a Private First Class in the United States Army, 3264th Signal Photo Battalion. He was stationed in Wiesbaden, Germany and was assigned as a photographer at The International Military Tribunal, also known as the Nuremberg War Trials, in 1945 and 1946.