Mug shot of Otto Ohlendorf, an SS group leader, member of SD, and commanding officer in the Einsatzgruppen D. 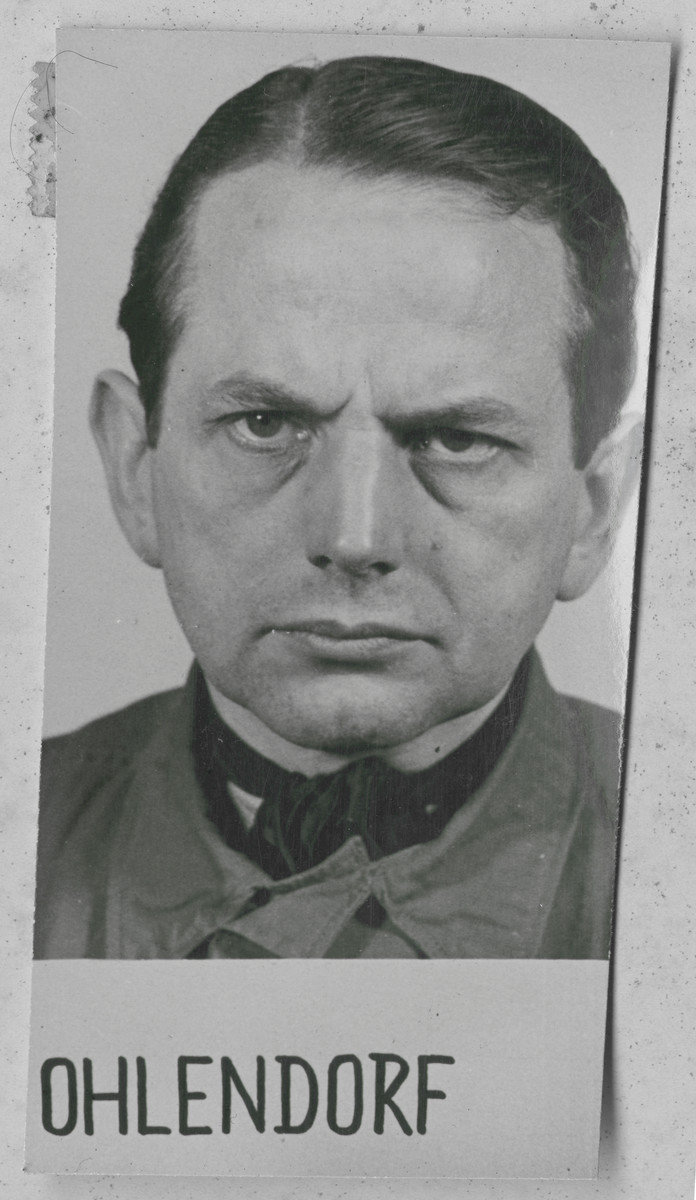 Mug shot of Otto Ohlendorf, an SS group leader, member of SD, and commanding officer in the Einsatzgruppen D.

Ohlendorf was sentenced to death by hanging. he was executed on June 7, 1951.

https://www.ushmm.org/wlc/en/article.php?ModuleId=10007080.
Biography
Otto Ohlendorf took a position as an economic consultant for the SD in 1936. By the end of the year, he had been promoted to a senior post as SS-Sturmbannfuhrer. He continued to accept promotions until 1941 when he became Gruppenfuhrer. Among the promotions that he accepted, he became the commander of Einsatzgruppen D which operated in southern Ukraine and Crimea. Ohlendorf was the commanding officer when the Einsatzgruppen D carried out the December 13, 1942 massacre at Simeferopol where 14,300 people perished. Over the years of his command, Ohlendorf was chiefly responsible for the deaths of over 90,000 people, mostly Jews.

During the Einsatzgruppen case trial in Nuremberg, Ohlendorf acted as the chief defendant and gave many witness testimonies for other officers who were indicted on war crimes. Throughout these testimonies, he expressed major concern for the morale of those assigned to execute the victims instead of expressing any remorse for his actions or for the victims themselves.

Ohlendorf was convicted of war crimes, sentenced to death, and hanged at the Landsberg Prison in Bavaria.