A close-up of three survivors at a gathering in the Langenstein-Zwieberge concentration camp. 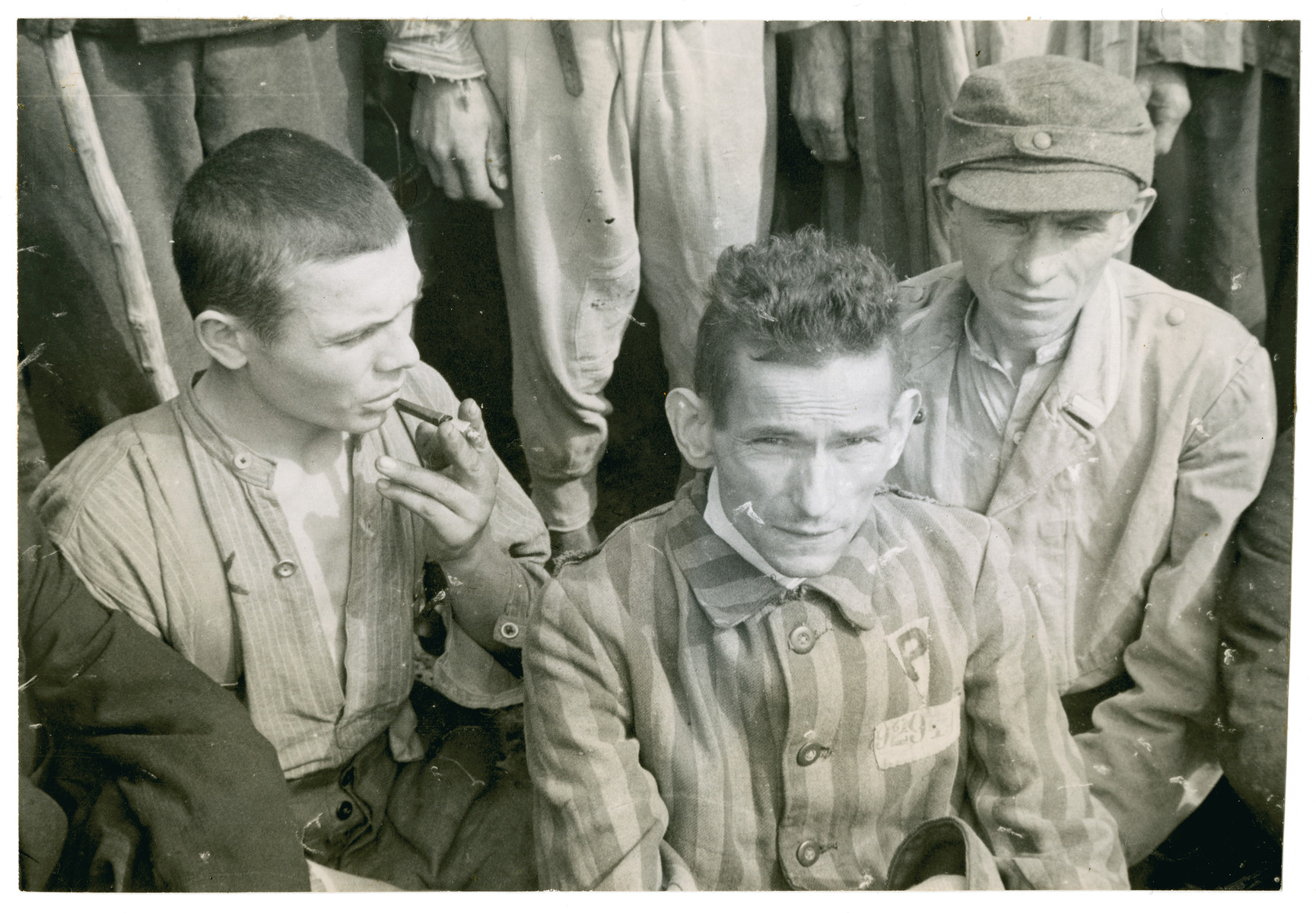 A close-up of three survivors at a gathering in the Langenstein-Zwieberge concentration camp.

The man on the right has been identified as Robert Nardou.

Biography
Lt. Preston Amble Reed (1913-1977) was a professional photographer from Minneapolis, Minnesota. He worked for the Minneapolis Star-Tribune when he was drafted into the United States military in December 1942. He served in the 168th Signal Photo Company, Second Signal Battalion, Ninth Army. He was deployed to Europe from February-July, 1945 and then to the Philippines for an unspecified amount of time. Upon finishing his military service, Reed returned to Minneapolis where he continued work as a commercial photographer until he later took a position with the Sylvania Electric Company in Cleveland, Ohio. Upon his death in 1977, Reed was residing in Franklin, Michigan.