Studio portrait of Esther Heks, grandmother of the donor. 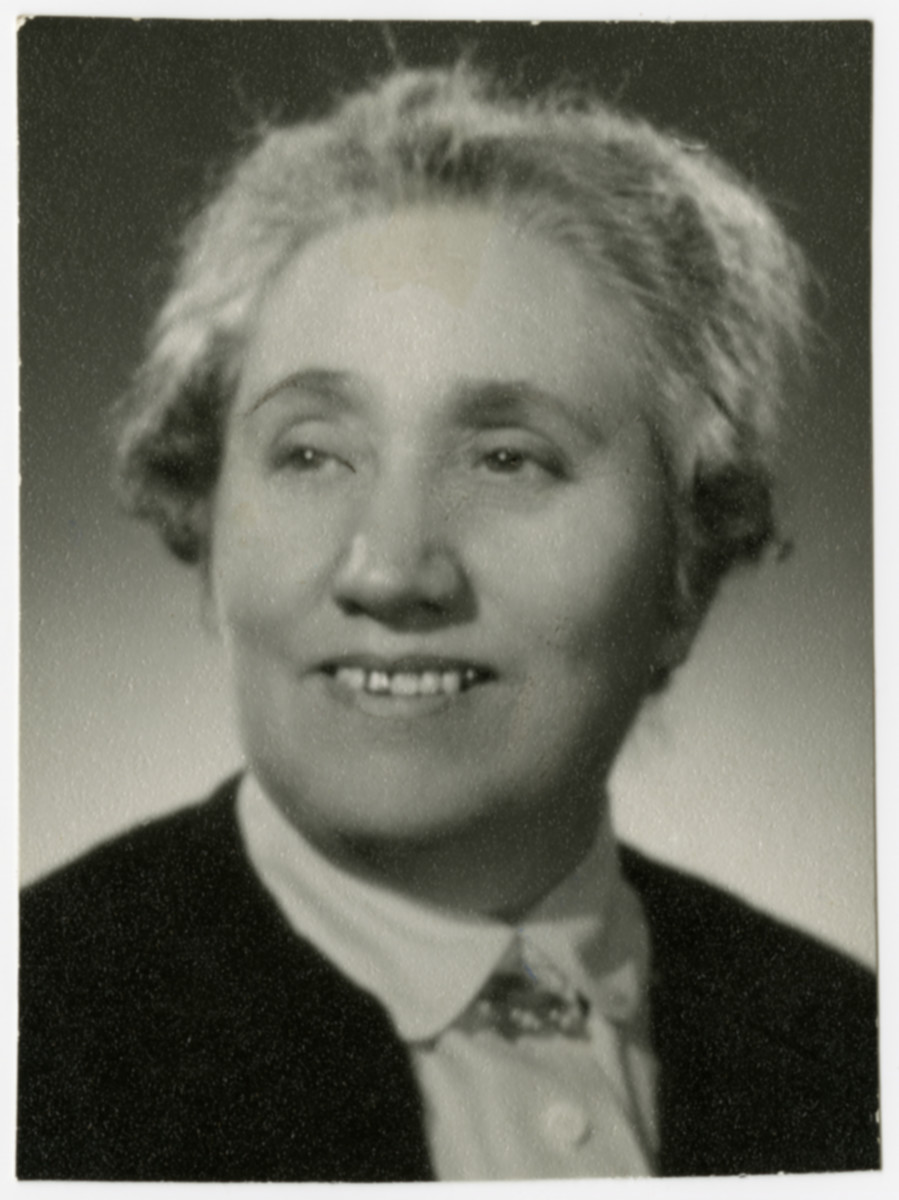 Studio portrait of Esther Heks, grandmother of the donor.

Biography
Eva Gal (born Eva Gero) is the daughter of Zoltan Gero (b. 9/9/05) and Johanna (Hansi) Neustadt Gero (b. 12/16/11). Eva was born on November 25, 1934. Her mother's father was killed in WWI, and her maternal grandmother Ester remarried Armin Heks. Her paternal grandfather Henrik Gero lost his first wife, and he remarried to Julienne, a Christian woman. Henryk Gero owned a family printing press called Goldstuecker, and all of his sons and daughters worked there. Zoltan received his certificate as a master printer. After the start of World War II Julienne hid her husband in the countryside; the rest of the family remained in Budapest. In 1939 after the start of WWII, Eva and her parents moved in with Ester and Armin Heks. Though the German allied Hungarian government subjected Jews to antisemitic legislation and conscripted Jewish men for forced labor service, it refused deport its Jewish citizens to concentration camps in Poland. However in March 1944 Germany invaded Hungary and began to impose the Final Solution. Following the invasion, Zoltan began to work for the Zionist underground. He rented a vacant printing shop on Cserhat Street to manufacture false documents such as birth and wedding certificates, christening papers and 600 Palestine certificates.. Later he was asked to an additional 600 Palestine papers. However, one of the recipients was caught at the border and confessed as to the source of his papers. On April 29, 1944 the Gestapo raided the Gero's home and discovered blank false papers, birth certificates and christening certificates throughout the apartment. At the time, Eva was out shopping with her mother. When they returned home, Armin Heks was waiting outside and reported what had happened. Eva and her mother entered the apartment to find Hungarian Gestapo emptying all the drawers and cabinets. Hungarian detectives working for the Gestapo then arrested Zoltan and brought him to Gestapo headquarters in the former Little Majestic hotel in Buda. They beat him with a rubber truncheon to get him to release the names of his associates, but he refused to inform on anyone. Meanwhile, the rest of the family remained in the apartment standing facing the wall with upheld revolvers agains their heads while the police continued their search. After receiving a phone call from Gestapo headquarters, they arrested Hansi to put more pressure on Zoltan to talk. Hansi was brought to a different building, the former Mirabelle Hotel that now housed prisoners in the basement. Eva remained with her grandparents. Her grandmother learned that she could deliver food packages, and every day she and Eva went to Buda to deliver the packages. Eva was allowed to see her parents while her grandmother remained outside. In this way, she could relay messages from her mother to her father and vise versa. After a few days, Eva's grandmother took her to see Hansi Brand, one of the leaders of the Zionist underground, to ask for her help. Hansi Brand quickly acted and sent messages separately to both Zoltan and Johanna offering to help them escape. However, each thought that the other would not be saved as well and hence turned down the offer. After six weeks, Zoltan and Johanna were brought to a collection site in Budapest and then sent to Sarvar. From there, they were transported to Auschwitz on June 6. Zoltan was killed almost immediately, but Johanna was selected for slave labor and given prisoner number 11696.

That same month Eva and her grandparents had to move to a yellow star building designated for Jews. In October they were sent to a ghetto where they stayed in a room on #20 Dob Street together with sixteen people. Much of their time was spent in the basement to escape Allied bombing. Eva's grandfather was not allowed to work, and the family relied on their allocated rations of thin broth and bread. Armin Heks insisted on giving Eva his bread and as a result became increasingly enfeebled and ill. They were liberated on January 17 and returned to the yellow star house. However, Armin Heks passed away just three days after liberation. Because the ground was so frozen, they could not bury him for another week. Some time that summer, Eva and her grandmother learned via the Red Cross that Johanna had survived and was recuperating from typhus contracted at Bergen-Belsen upon liberation. One day in the fall, Eva was called to her school office. There she found her mother waiting. After her return to Budapest Johanna worked for a local Jewish organization and then the JDC helping Jewish orphans immigrate to Palestine. Johanna remarried twice and then passed away in November 1980. Eva remained in Budapest until 1971 when she immigrated to the United States.