Group portrait of young people in a Shomer Hatzair group in Zlate Moravce. 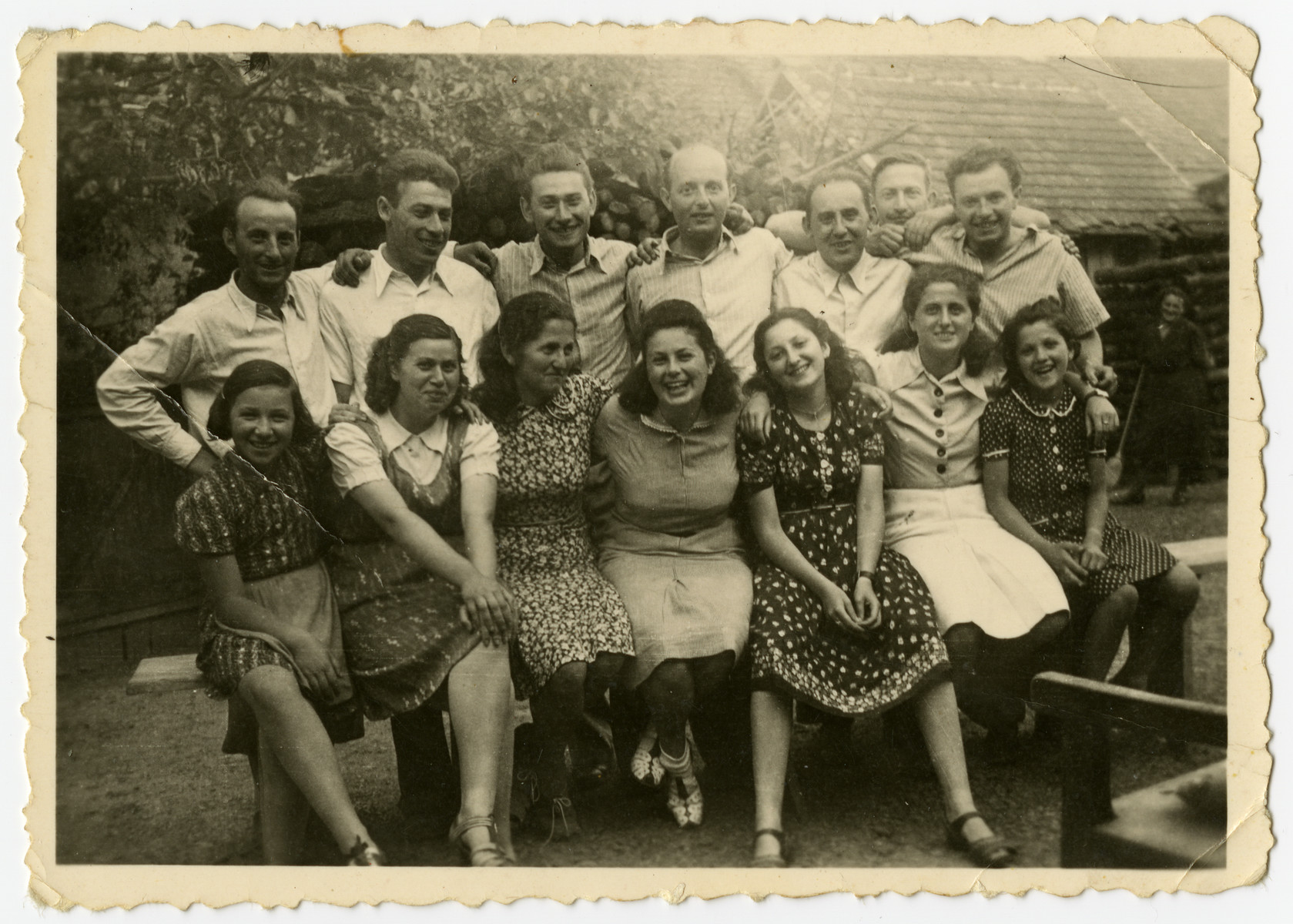 Group portrait of young people in a Shomer Hatzair group in Zlate Moravce.

Oscar Kalmar is standing third from the left.

Biography
Oscar and Edith Kalmar (the parents of the donors) married after surviving the war in Hungary. Oscar was the son of Max Markus Kalmar (b. 08/02/1884 in Zlate Moravce, Tekov, Slovakia) and Alzbeta Flackova Kalmar (b. 01/02/1891 in Male Stankovce, Trencin, Slovakia). Max and Alzbeta had six children: Leo Kalmar (b. Trencin, Czechoslovakia in 1915), Biola Kalmarova (b. Kamarno, Czechoslovakia in 1920), Margita Naprstkova (b. Czechoslovakia, 1912.), Chaim, Oscar, and another unknown child. Leo, Viola, and Margita were murdered in Auschwitz at the respective ages of 27, 22, and 32.
The other three children of Max and Alzbeta survived the war. The couple remained in Slovakia until the national uprising in 1944. After the rebellion was suppressed, they escaped and lived in caves to avoid capture. Ultimately, Max and Alzbeta were betrayed, captured, and murdered after being forced to dig their own graves in Kremnicka. Slovak Fascists and Germans murdered approximately 700, including 211 women and 58 children. Of the victims, over half were Jewish.
Chaim survived the war and immigrated to Israel where he married Chana Kalmar from Pardes-Chana. In 1944, Oscar met Edith Weiss-Spiegel at a dance. Oscar and Edith survived the war together, using Christian papers. Edith sewed for the Nazis to make a living and Oscar found work doing whatever he could find. After the war, they returned to Slovakia where they discovered the mass grave in Kremnicka. They helped to exhume and rebury the bodies of the victims. Oscar and Edith married and went to Prague where Oscar pursued and received a dentistry degree in 1948. Edith gave birth to two boys: Ivan (b. Prague, 1948) and George (b. Komarno, 1951, the husband of the donor). In 1963, the Kalmars left Komarno for Bratislava and in 1965 they fled to Rome. From there they immigrated to the United States.