Group portrait of internees in the Gurs camp posing outside their barrack. 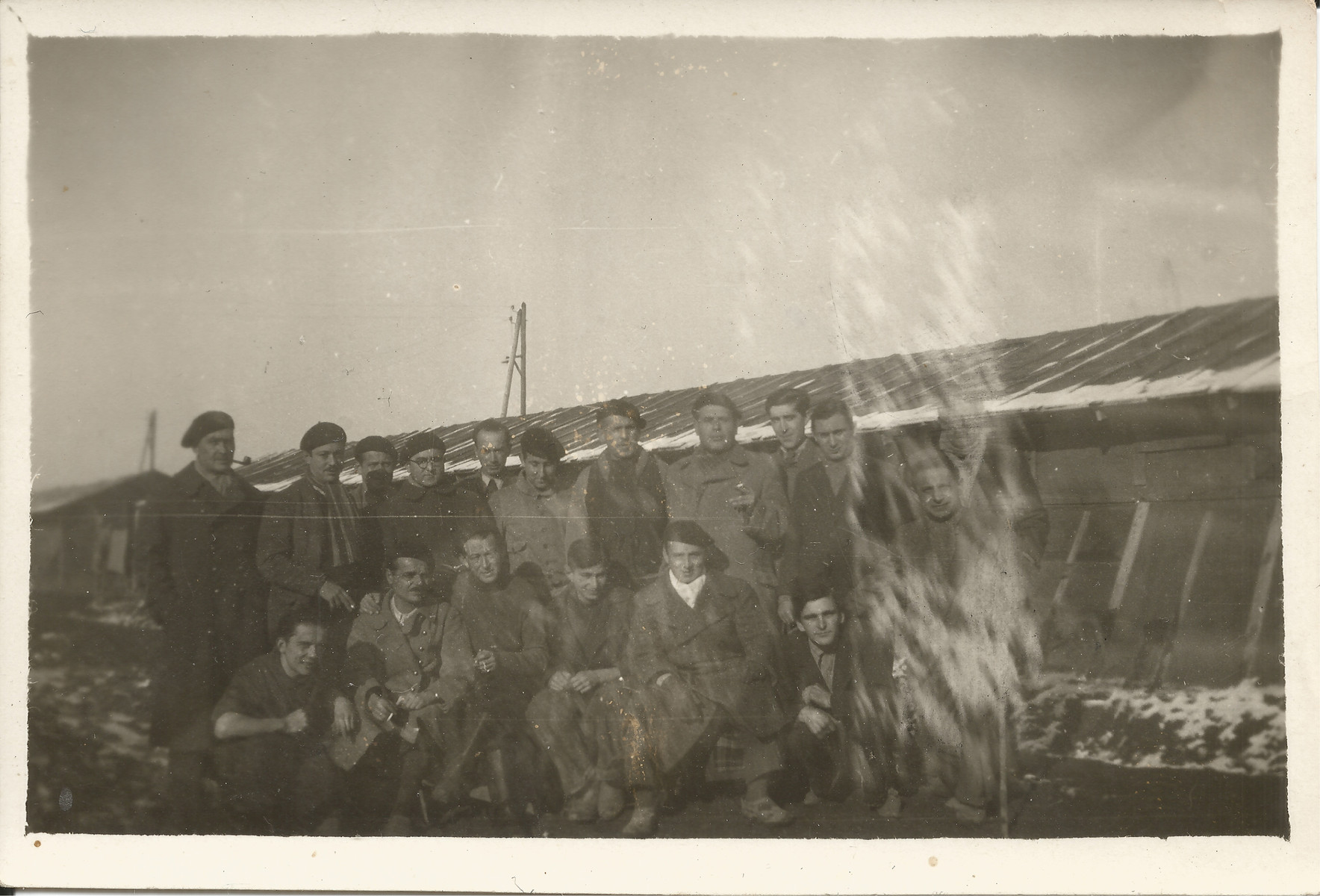 Group portrait of internees in the Gurs camp posing outside their barrack.

Among those pictured is Siegfried Lindheimer (first row, fifth from the left).

Biography
Siegfried Lindheimer (the father of the donor) was born in Nassau Germany in the Rhineland Palatinate, on November 30, 1913. Herta Cornelia Kaufmann (mother of the donor) was born March 8, 1917 in Frankfurt am Main. Both fled to Belgium and they married on December 20, 1939 in Schaerbeek, Brussels. After the German invasion on May 10, 1940, the Belgians deported Siegfried to southern France where he was interned in the Saint Cyprien camp from mid-May 1940 to October 28, 1940. He then was sent to Gurs where he became very ill with typhoid fever and was treated at the Hospital Saint Louis in Perpignan Pyrenees Orientales. Siegfried stated in Gurs from October 29, 1940 to February 18, 1941 at which point he was transferred to Camp Les Milles. In August 1942, he left the camp and remained in hiding for the remainder of the war. Both Siegfried and Herta survived the war and died many years later in Montpellier, France. However both lost almost all of their relatives during the Holocaust.