Jewish displaced persons gather for a celebration in Feldafing. 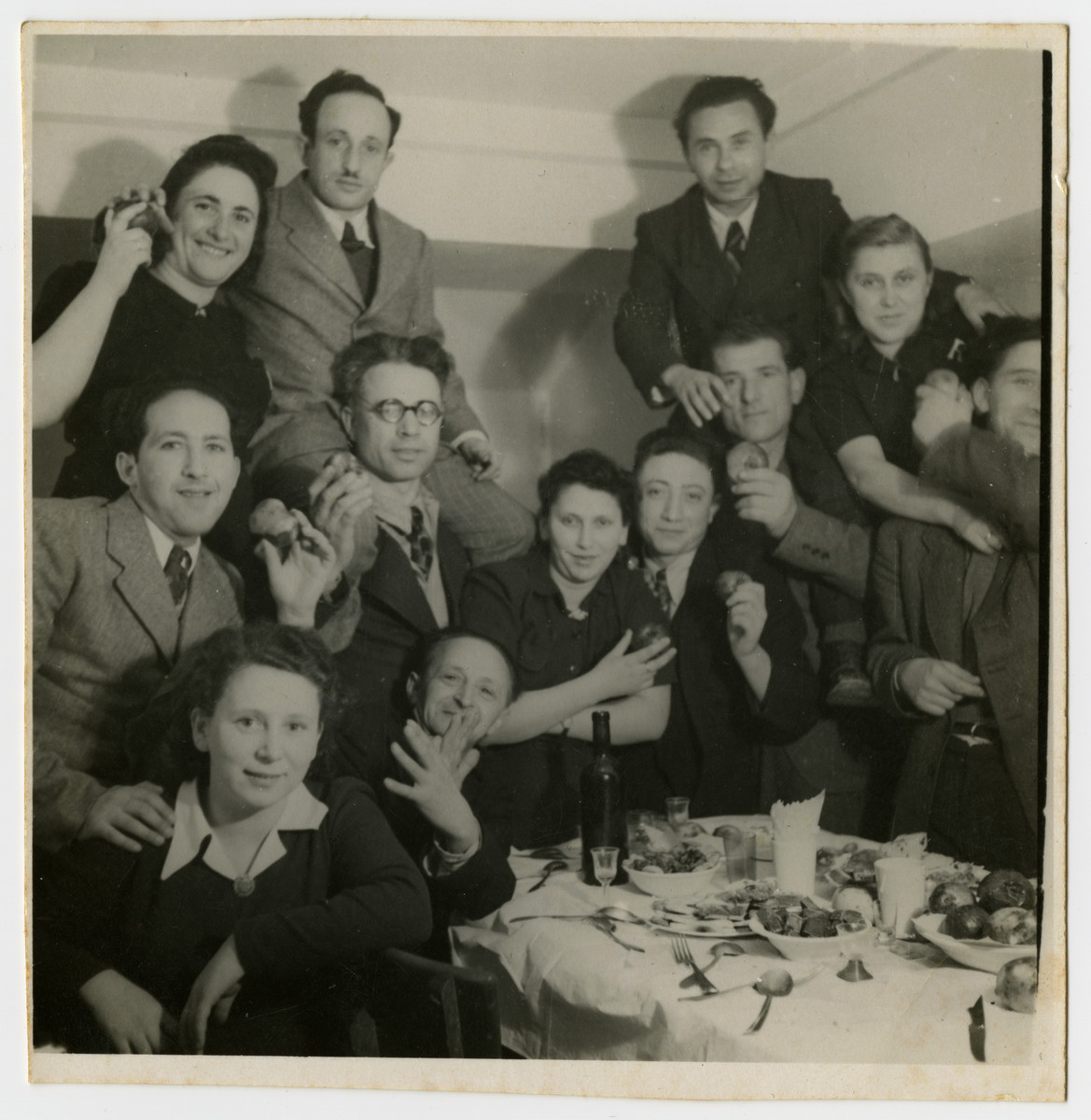 Jewish displaced persons gather for a celebration in Feldafing.

Leib and Jenta Szapiro are pictured on the far left.