Displaced persons gather around the grave of Jewish policeman, David Kabesicki in Feldafing. 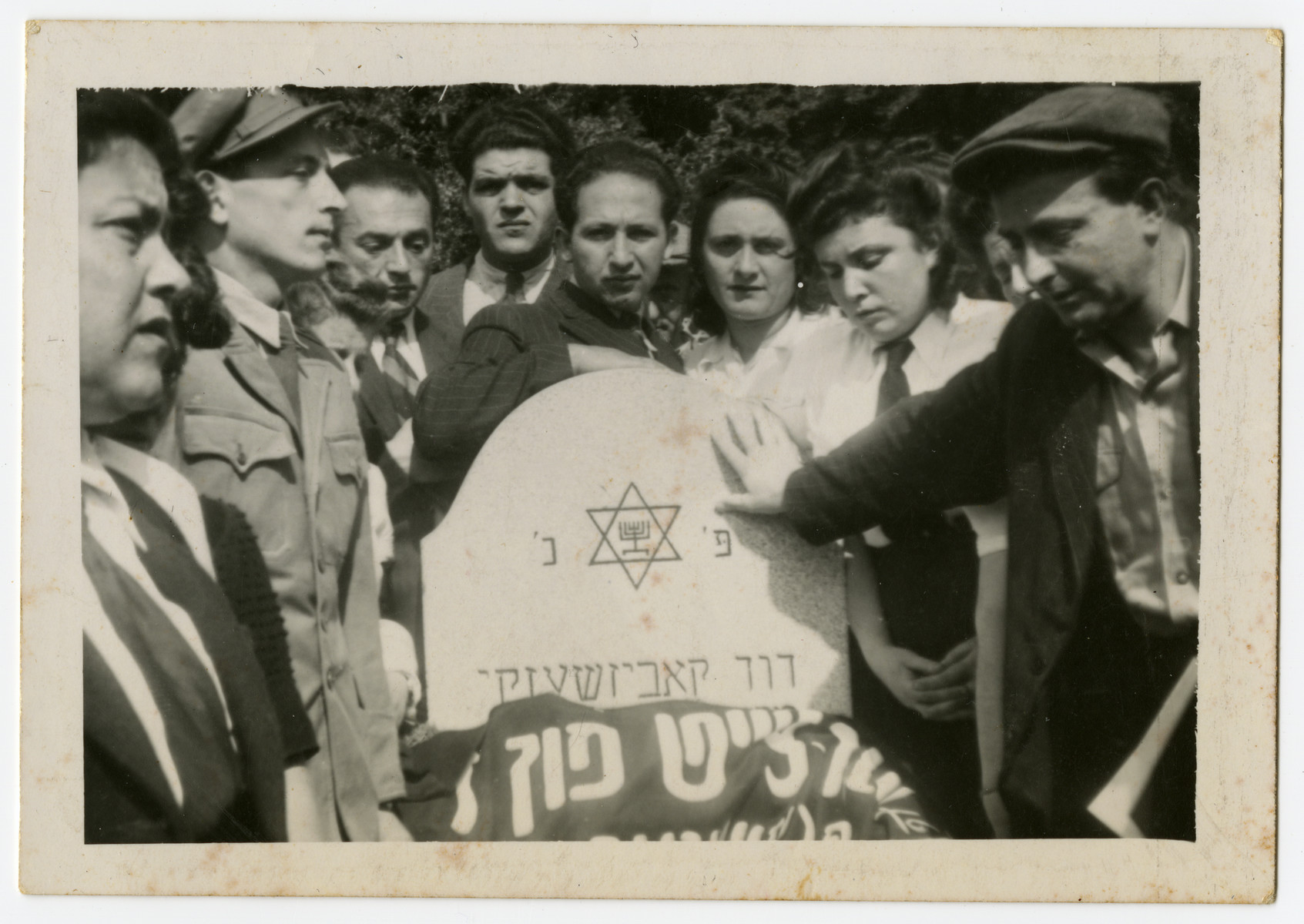 Displaced persons gather around the grave of Jewish policeman, David Kabesicki in Feldafing.

Those pictured include Leib and Jenta Szapiro and Rifka Krasner.