Peter Forchheimer poses with his cousin and brother shortly before emigrating from Germany. 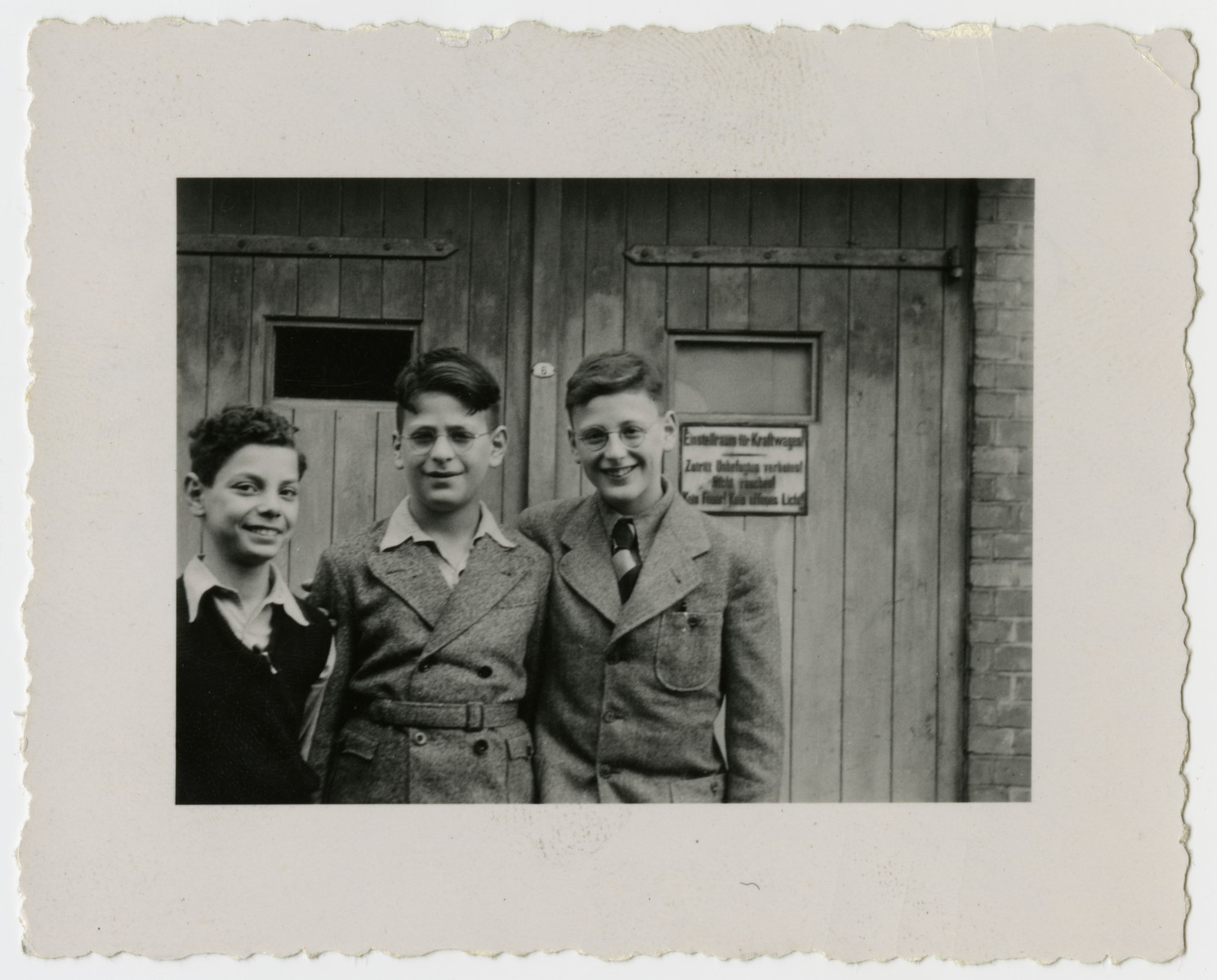 Peter Forchheimer poses with his cousin and brother shortly before emigrating from Germany.

From left to right are Robert, Franz and Peter Forchheimer.

Biography
Anne Rubin (born Anne Forchheimer), the mother of the donor, was born in Coburg, Germany to Emil Forschheimer (b. Gemunden, 7/24/1890) and Bertha nee Kaiser (b. Gotha, May 28, 1897). Bertha and Emil Forchheimer were fist cousins through both of their mothers. They married in 1922. Anne was the youngest of three siblings. She was born on November 28, 1927. She had two older brothers Peter (b. 3/17/1924) and Franz (later Frank, b. 1/25 or 26/1926). In 1933 Hitler assumed power, and life began to change for the Forchheimer family. The children were expelled from public schools, and Anne and Frank transferred to the Jewish school at the Hirsch Home in Coburg, Germany. Peter celebrated his bar mitzvah in 1937. Since he was tall for his age, his parents feared that he would be taken to a forced labor camp. Soon afterwards, they sent him to live with the relatives in Alpine Texas. During the Kristallnacht pogrom in November 1938, Emil was arrested together with other Jewish men and sent to concentration camp. He was released in either December 1938 or March 1939 and then came to England. The two children were the next to leave Germany. Franz (Frank) left Germany on a Kindertransport in February 1939; Anne came to England on a Kindertransport the following May. Bertha was the last to leave Germany. She left in July 1939. The entire family immigrated to the United States in April 1940 and reunited with Peter. They settled in Columbus Ohio where Emil established a wholesale toy business. Peter later served in the US Army interrogating German POWS. Emil's brother and his family also came to the United States. Bertha's sister Frieda Bing, her husband Eugene, and their daughter Stefanie went to Sosua, in the Dominican Republic.